Senate Ushers Final Phase of Trial With No Witnesses

Senate Ushers Final Phase of Trial With No Witnesses The Senate on Friday night ushered in the final phase of President Donald Trump's impeachment trial hours after an effort to call witnesses failed largely on party lines, with an all-but-assured acquittal set for next week.

Senators passed a resolution from Senate Majority Leader Mitch McConnell, R-Ky., laying out the rules for closing the roughly two-week-long trial. The resolution, which passed by a vote of 53-47, sets the final vote on Trump's fate for Wednesday at 4 p.m.

Minority Leader Chuck Schumer, D-N.Y., said it was "a grand tragedy" that senators voted against hearing from witnesses.

"No witnesses, no documents in an impeachment trial is a perfidy. It is a grand tragedy. One of the worst tragedies that the Senate has overcome. America will remember this day, unfortunately, where the Senate did not live up to its responsibilities," Schumer said on MSNBC, "where the Senate turned away from truth and went along with a sham trial."

"It's a tragedy on a very large scale," he added. Senate vote to call witnesses for impeachment trial failsJAN. 31, 202000:21
Democrats had pressed to hear testimony from acting White House chief of staff Mick Mulvaney and ex-national security adviser John Bolton, among others, on Trump's alleged conditioning of Ukraine aid on investigations into Democrats, including former Vice President Joe Biden. But they failed to get a majority to back their efforts after Sens. Lamar Alexander of Tennessee and Lisa Murkowski of Alaska, two key Republican swing votes, announced that they would not back the move.

Shortly before voting on McConnell's resolution, Schumer introduced four amendments in a final effort to call witnesses. The amendments called for the subpoena of witnesses, including Bolton and Mulvaney, and documents that the House had sought from the Office of Management and Budget, the State Department and the Department of Defense. All four amendments failed, largely on party lines. Romney and Collins joined Democrats on the two Bolton amendments.

The White House said that Trump was "gratified" the trial would be ending soon.

McConnell said in a statement Friday that the House managers did not resolve litigation to compel White House aides to testify in the trial.

"A majority of the U.S. Senate has determined that the numerous witnesses and 28,000-plus pages of documents already in evidence are sufficient to judge the House Managers’ accusations and end this impeachment trial," McConnell said. "There is no need for the Senate to re-open the investigation which the House Democratic majority chose to conclude and which the Managers themselves continue to describe as ‘overwhelming’ and ‘beyond any doubt."

The House managers excoriated Republicans who voted against witnesses as having set "a dangerous precedent that will have long-lasting repercussions for the United States Congress, the balance of powers, and our democracy as a whole."

"The truth cannot be denied, not for long, and the facts will continue to come out as they did today," the managers said.

The title of this thread is an American Tragedy which tramples on our democracy.

The usual story. Patriots fight for America even when they know they will lose  and slimeballs gravitate toward power and the easy life.  Trump was impeached and  that was the only reasonable goal.

We all knew he could not be convicted by a jury who "coordinated" with the White House.  It did not matter, they fought and the Republicans caved. History will remember who tried to get the most incompetent president yet to pay for putting his own interests ahead of America's.

Trump has never accomplished anything in his life if it meant any discomfort for himself.

Moscow Mitch has shown 51 of the Republican Senators to be a gaggle of intellectual 5 year-old's who deal with inconvenient Truth by sticking their fingers in their ears to the third knuckle and shouting NANANANA until the Truth goes away.

Explains why they've left 350 House bills sit without a vote - they're not mentally capable of dealing with the responsibilities of being an adult, let alone those of a US Senator.

Certainly one of the most disgusting things that I have ever watched. For the repub led Senate to approve of the actions of a liar and criminal. It was a body blow to our Country...but we must remain strong and continue to oppose the corrupt trump administration, now more than ever.
The drawing of Lady Justice being gagged is appropriate...let's help get her back on Her feet!

FYI The house had 17. They could have had more.

The crooked Schiff and his itch hunt is turning out to be great thing for re-election of our President.

Say what?
What do you mean "Say what?" You can read can't you? The House didn't have the "final Phase", the Senate is, and they are having no witnesses (because they know they would incriminate tRump).

The crooked Schiff and his itch hunt is turning out to be great thing for re-election of our President.
The only thing that is "crooked" is the Republicans having a fake trial with no witnesses. Most of America knows that, not everyone lives in the tRump supporter Fox bubble.  By the way .... what it an "itch hunt"?

You may get to thank him again, the Dems may file more Articles of Impeachment and have the Parnas letter and his testimony, along with more witnesses and more documents after the Supreme Court rules that their subpoenas have to be honored. tRump is toast and eventually the tRump cult will have no leader or a leader in prison, New York will make sure of it.

A Trial with no witnesses ........... just what any crook would want, more especially a crook that is guilty.

No surprise here, the Senate leader Moscow Mitch McConnell has blocked both a House Anti-Corruption Bill and a House Election Securities Bill.  Moscow Mitch McConnell has designed a fake trial for tRump with no witnesses, just what a guilty person would want. By blocking the Election Securities Bill and exonerating trump in this fake trial, McConnell has opened the door for tRump to again invite Russia and anyone else tRump wants to interfere and participate in our upcoming Presidential Election, trying to assure a foreign (Russia) assisted win for tRump.

Maybe now Moscow Mitch will end up getting his half Russian owned Aluminum plant in Kentucky that fell through last year.

Good gosh, how much corruption and how many traitorous acts have to be committed by tRump, Moscow Mitch, and the Republicans for half witted tRump supporters to wake the heck up?   Seems they will except anything .......... an accessory to their crimes. 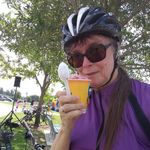 I agree. If the Republicans believe what they are saying, why deny witnesses? This sets a bad precedent and is opposed to what polls show most Americans want. One day, that precedent will come back to bite them.

I agree. If the Republicans believe what they are saying, why deny witnesses? This sets a bad precedent and is opposed to what polls show most Americans want. One day, that precedent will come back to bite them.

The Republicans that played a part in this should be voted out of office.


Man learns from history that man learns nothing from history.
3 Kudos
351 Views
0
Share
Report
Reply
Turn on suggestions
Auto-suggest helps you quickly narrow down your search results by suggesting possible matches as you type.
Showing results for
Show  only  | Search instead for
Did you mean:
Users
Announcements