Science is composed of groups of fact.

Fact does not need support or advocacy. 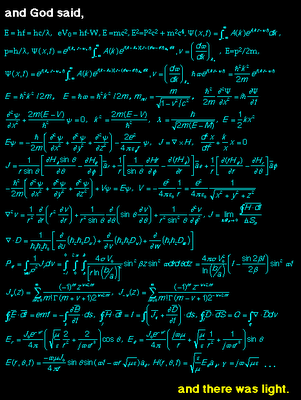 "The key to success is to keep growing in all areas of life - mental, emotional, spiritual, as well as physical." Julius Erving
Report Inappropriate Content
Tags (1)
Reply
0 Kudos
Highlighted

Science has discovered basic differences in brain structure that influence and determine - who we are - what we are - and how we think.

Psychology - a non-science - is useful and interesting - but is not science.

Science has findings that suggest that just as we are born male or female - and there's now absolutely no doubt that we are born gay - straight - or bi - we may also be born with a predisposition toward being liberal or conservative.

Read, listen, and learn some really interesting facts that describe aspects of the real world that some of us will find fascinating - others find threatening - and that some will always persist in denying...

Gay brains structured like those of the opposite sex | New Scientist

This suggests that "coming together to talk" may help with some aspects of conflicts and disagreement - but certainly will not succeed in changing the basic brain structure that makes us who and what we are.

Point of fact - some people cannot be "talked to" - "treated" - and subsequently be made safe to be free in society - they must be kept away from society in order that they they cannot harm members of society.

There are an unfortunate number who have a perceptual irregularity - they are certain that fulfilling their wishes and desires is of greater importance than any aspect of society or well being of any members of society - and any laws to the contrary.

The fact that you may or may not disagree - have a different opinion/belief - or that holes may be picked in the content of my post - does not constitute proof that those scientific findings are incorrect - in the long run scientific facts remain facts - just as evolution is every bit as much a fact of science as gravity - these findings indicate that people are born with a predisposition toward liberalism or conservatism.

So - is trump's malignant narcissism a congenital condition?

trump's malignant narcissism remains a significant threat to the nation's future well being.

OK. So the researcher thinks her study can explain the political polarization that's happening in America. It is still up to us to stop it.

Since we cannot talk face to face here, we'll have to try something else, another route to understanding.

Patience, kindness, giving others the benefit of the doubt come to mind. 🙂

"The key to success is to keep growing in all areas of life - mental, emotional, spiritual, as well as physical." Julius Erving
Report Inappropriate Content
Tags (3)
Reply
0 Kudos
Highlighted 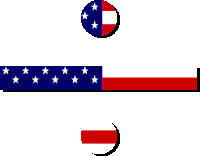 Schroeder thinks her research can help explain — and maybe alleviate — the rise in polarizing political opinions.

"The key to success is to keep growing in all areas of life - mental, emotional, spiritual, as well as physical." Julius Erving
Report Inappropriate Content
Tags (3)
Reply
1 Kudo
Highlighted

No surprise here, but: guess what? There was a recent study about this issue. 🙂 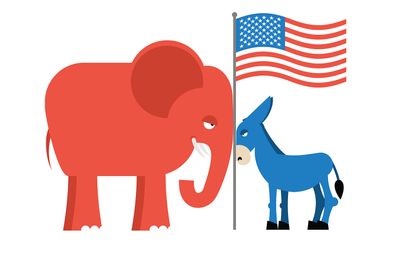 There may be more to the phrase “the voice of reason” than meets the ear. When it comes to controversial ideas, a person's voice is more persuasive than the written word, according to a new study.

In “The Humanizing Voice: Speech Can Reveal, and Text Conceal, The Presence of a Thoughtful Mind in The ...” in a recent issue of Psychological Science, Juliana Schroeder of the University of California at Berkeley and faculty at the University of Chicago conducted several experiments exposing volunteers to ideas they agreed or disagreed with. In one, about 300 people watched, listened to or read arguments about war, abortion or music (country or rap — genres people tend to have strong feelings about).

Afterward, the volunteers were asked to judge the person who communicated the argument. Those who were exposed to someone they disagreed with tended to “dehumanize” the communicator. That is, they regarded the person as “having a diminished capacity to either think or feel.” However, those who listened to the argument, either in a video or audio file, were less dismissive than those who read a transcript of the opposing opinion.

Beliefs that are communicated by voice make the communicator seem more reasonable, even human, according to Schroeder, an assistant professor at Berkeley's Haas School of Business. But those same beliefs are stripped of the humanizing elements when the opinions are communicated on a piece of paper.

The research that forms the basis of the study began with a newspaper article, she said.

“When two people hold different beliefs, there is a tendency not only to recognize a difference of opinion but also to denigrate the mind of one's opposition,” the study's authors wrote. “Because another person's mind cannot be experienced directly, its quality must be inferred from indirect cues.” Those cues, involving the many characteristics of the human voice, are absent in written communication.

From here, where you can read the entire article.

"The key to success is to keep growing in all areas of life - mental, emotional, spiritual, as well as physical." Julius Erving
Report Inappropriate Content
Tags (3)
Reply
3 Kudos
Turn on suggestions
Auto-suggest helps you quickly narrow down your search results by suggesting possible matches as you type.
Showing results for
Show  only  | Search instead for
Did you mean:
Users
Announcements