SWAMPY DON ADMITS TO BEING DEAF

SWAMPY DON ADMITS TO BEING DEAF

SWAMPY DON today admitted to being deaf as he stated he did not hear the chants of "VOTE HIM OUT" at the Supreme Court Building when he visited Ruth Bader Ginsburg's casket for maybe three minutes.

So his admission of deafness is now fact.

It may be safe to postulate that due to SWAMPY DON'S constant squinting, his misreading of his teleprompter on multiple occasions, and his private use of glasses of who knows what strength, that this President might actually be legally blind.

So, based on the above analysis, he deaf, dumb, and blind.

I wonder if he "PLAYS A MEAN PINBALL"?

P.P.S. And doesn't he think of himself as THE MODERN DAY MESSIAH?

NO! IT'S CONSERVATIVES THAT ARE NUTTIER THAN SQUIRREL POOP!
2 Kudos
147 Views
1
Share
Report
Reply

P.P.S. And doesn't he think of himself as THE MODERN DAY MESSIAH?

Actually, "The Beast" described in the Bible's Book of Revelations better describes Trump .... 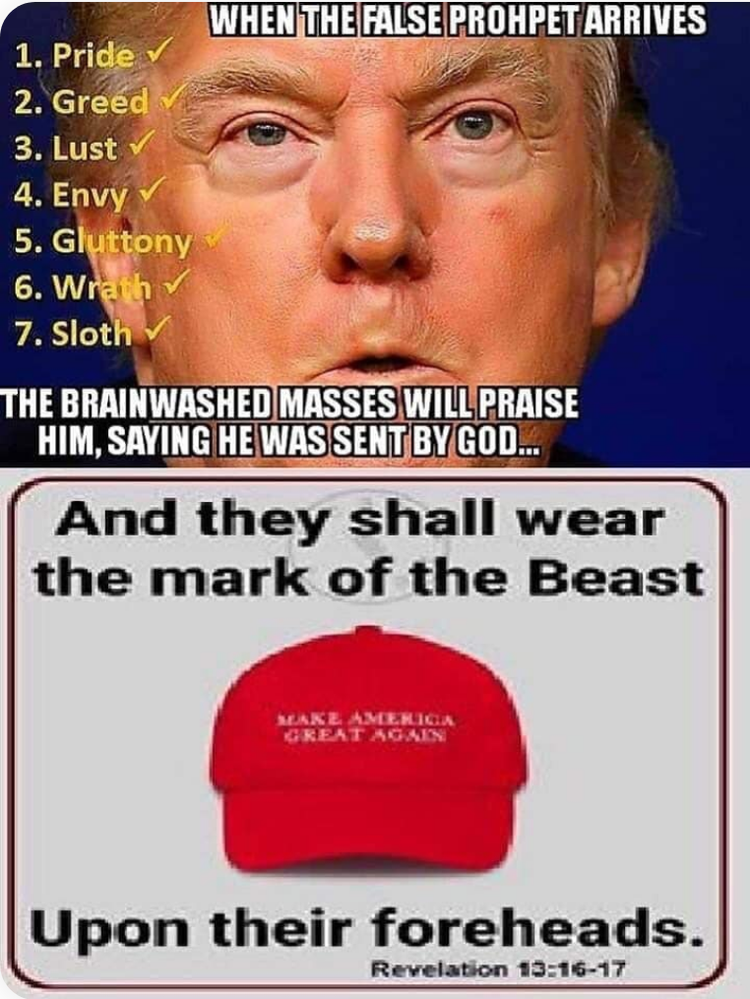 Every time I see A Trump supporter wearing a MAGA hat, I become distressed and want to keep away as far as possible.

After reading the prophesy in the Bible's Book of Revelations, my reaction was explained.

DUMP TRUMP AND DITCH MITCH TO MAKE AMERICA GREAT AGAIN!!!
1 Kudo
123 Views
0
Share
Report
Reply
Turn on suggestions
Auto-suggest helps you quickly narrow down your search results by suggesting possible matches as you type.
Showing results for
Show  only  | Search instead for
Did you mean:
Users
Announcements