Not just in North Carolina: Republican lawmakers across the country rebel against democracy

A change is coming in 2020. Gerrymandered maps are being struck down by courts across the country, and the 2018 midterm elections point to massive turnout in the next election. Republicans, clearly running scared, are preparing for the course correction by breaking, bending and reshaping the rules in an obvious attempt to make a mockery of the democratic process.

From Oregon to North Carolina, GOP lawmakers have used every dirty trick they can to seize power and undermine the power Democrats even after they win elections. They have taken Grover Norquist’s goal — to turn the tone in state capitals toward bitterness and partisanship — to heart in a major way.

“Our goal is to inflict pain. It is not enough to win. It has to be a painful, devastating defeat. Like when the king would take his opponent's head and spike it on a pole for everyone to see,” Norquist infamously said in the National Review. Except for the shock election of Donald Trump to the presidency, however, Republicans haven’t had the best record of winning of late. Based on their behavior while losing, it seems that the revised Republican goal goes beyond pain to utter destruction.

Take for instance the extreme and ridiculous proposal by a Texas Republican state lawmaker to abolish the state capital of Austin. Apparently upset that the progressive city approved $150,000 in grants to organizations like Planned Parenthood, GOP state Rep. Briscoe Cain called for direct retaliation against the city of more than 950,000 people, saying the Republican-controlled state legislature should get “supreme authority over mayor and council.”

Briscoe’s nonsensical proposal came on the same day that Republicans in North Carolina lied to their Democratic colleagues to kill a state budget proposal expanding Medicaid coverage to low-income patients. While at least one Democratic lawmaker was distracted by a 9/11 memorial service, House Republicans rushed to override a veto by Gov. Roy Cooper, a Democrat, thereby denying increased health insurance access to thousands of people.

Republicans had promised Democrats they would hold no substantive votes during the 9/11 ceremony, with the GOP rules chair confirming to reporter Laura Leslie that there would be no vote. House Speaker Tim Moore admitted he held the vote to override Cooper’s veto — while many Democrats were absent — simply because the opportunity to break the Democrats’ firewall presented itself.

“This is a travesty of the process and you know it,” Democratic state Rep. Deb Butler complained on the House floor, as the GOP Speaker repeatedly tried cutting her mike. She kept switching mikes and turning them back on. “The trickery that is being evidenced this morning is tantamount to a criminal offense.”

As their 9/11 chicanery makes clear, North Carolina Republicans are some of the worst bad-faith actors in the nation. The Republican-led state legislature led an unprecedented effort to strip Cooper of his powers before he even took office, after an election in which the GOP lost its supermajority in the House and Senate. That was a particularly anti-democratic move, but it is hardly unique to the Tar Heel State.

It’s a replica of efforts by Republicans in Wisconsin in the aftermath of former Gov. Scott Walker’s 2018 defeat, when they attempted to remove Gov.-elect Tony Evers' power to approve major actions by the attorney general and hand that authority instead to Republican lawmakers.

In Florida, when voters overwhelmingly voted to restore voting rights to 1.4 million former convicted felons, Republican lawmakers circumvented the will of the people with a bill that effectively blocked most of them all over again.

And when Republicans didn’t change the rules in response to recent Democratic electoral victories, they ran away and brought the government to a standstill.

Republican senators in Oregon fled the state to prevent Democrats from voting on an expansive cap-and-trade bill to limit greenhouse gas emissions earlier this year.

Throughout the country — such as in Tennessee, which has one of the lowest voter turnout rates in the country — Republicans have tried to block electoral change by imposing egregious restrictions on voter registration drives.

David Frum told us years ago that if conservatives can’t win at the ballot box, they won’t abandon conservatism — they will abandon democracy

Their calls for civility are actually demands for servility. Democrats must understand that, and fight back, before it is too late.

The Republicans haven't supported or promoted Democracy for decades. McConnell won't even put a bill on the floor in the Senate, he stands in the way of Democracy.

Yes, a very informative post. It certainly exposes the repub mantra of: “cheat if you have to, in order to win”!

Should we be surprised, no. These are the same repubs that support trump, and refuse to acknowledge or stand up to an immoral and corrupt president.

This also asks an obvious question: how immoral and corrupt are repubs?

Viewing their actions, seems to make the answer pretty obvious...and they practice party over Country, and do not embrace American Patriotism...their actions are those of authoritarians!

IMO, the Founding Fathers would roll over in their graves if they knew how one party had manipulated the drawing of the districts. 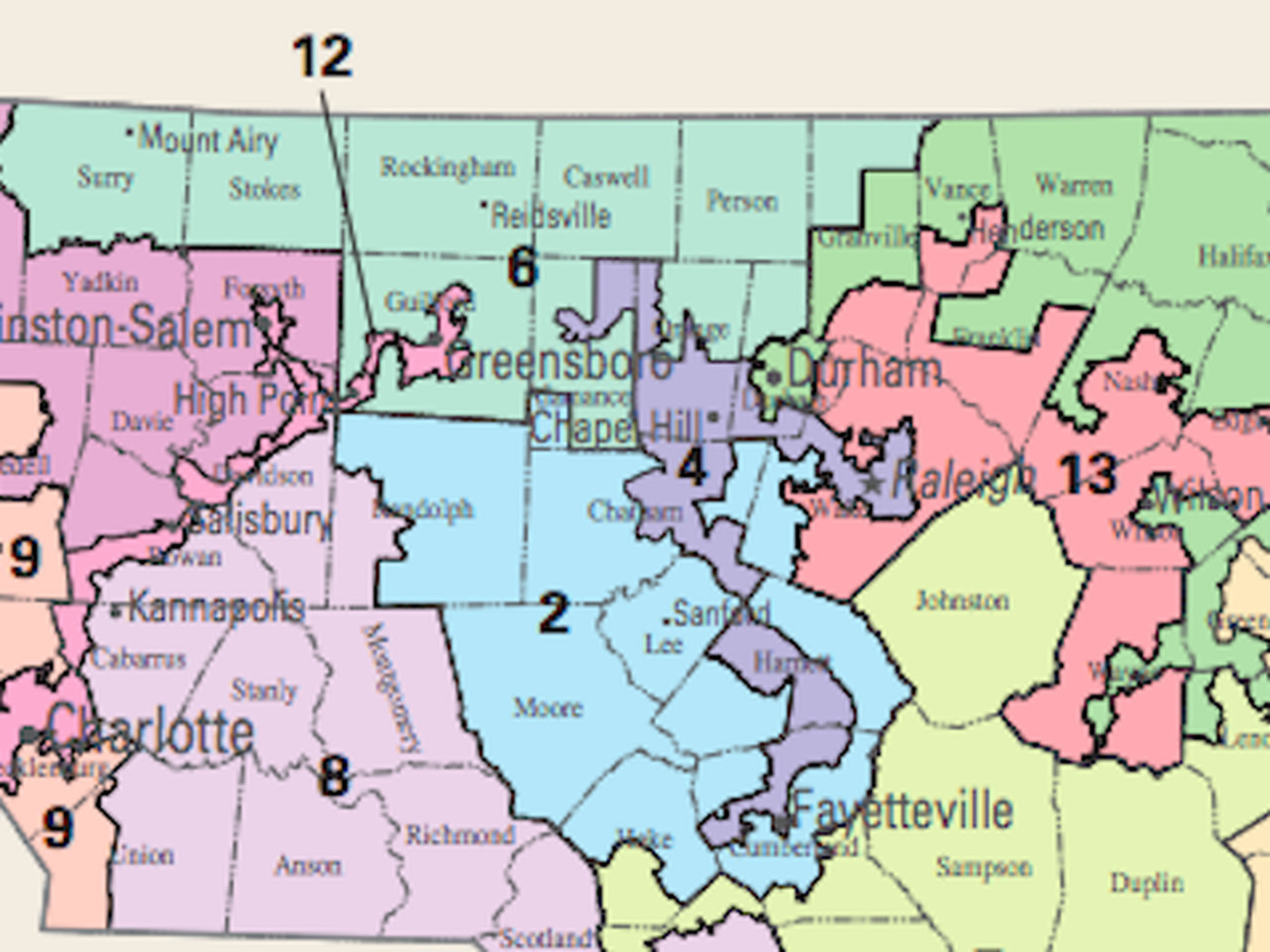 Thank you @gruffstuff , this is an important post and I hope many will read and become aware of what is ahead if this mindset continues. These are sad times for our democracy....."divided we stand, united we fall".

What I saw in  North Carolina is what happens across the South and in the southern districts. The republican party in charge acts in a cavalier manner and simply doesn't care about democracty or anything else. That is the way that they run their States and district offices.
Minaorities are not exixtant. and they have gotten away with that type of governing for decades.
Again, now becasue of the rise of multicultures in the US  they have become afraid of loosing the power that they have over their backyards and that  is how they act. Minorities in those States need to wake up and act and not stay behind and let's hear their voices.

@gruffstuff - Great post explaining why it is so important to remove ALL Republicans from office. No matter what the will of the people, they will obstruct and destroy the ability of the Government to do anything that is NOT part of their dogma. Republicans do indeed demand SERVILITY and are counting on Democratic CIVILITY to allow them to make slaves of us all.

VOTE OUT THE GOP

2 Kudos
542 Views
0
Share
Report
Reply
Turn on suggestions
Auto-suggest helps you quickly narrow down your search results by suggesting possible matches as you type.
Showing results for
Show  only  | Search instead for
Did you mean:
Users
Announcements