Republican Senator Ben Sasse, from Nebraska, criticized President Trump during a phone call with constituents, saying a number of unflattering things about the President, including that he's flirted with White Supremacists and "kisses dictators' butts," his office confirmed to CNN. "The way he kisses dictators' butts. I mean, the way he ignores that the Uyghurs are in literal concentration camps in Xinjiang right now. He hasn't lifted a finger on behalf of the Hong Kongers.

"The United States now regularly sells out our allies under his leadership. The way he treats women and spends like a drunken sailor. The ways I criticized President (Barack) Obama for that kind of spending I've criticized President Trump for as well. He mocks evangelicals behind closed doors. His family has treated the presidency like a business opportunity.

Complaining about Trump's "stupid political obsessions," Sasse stressed during the call the possibility that the President's political brand could alienate women and young voters in the future. "If young people become permanent Democrats because they've just been repulsed by the obsessive nature of our politics, or if women who were willing to still vote with the Republican Party in 2016 decide that they need to turn away from this party permanently in the future, the debate is not going to be, you know, 'Ben Sasse, why were you so mean to Donald Trump?' " he said. "It's going to be 'What the heck were any of us thinking that selling a TV-obsessed narcissistic individual to the American people was a good idea?' It is not a good idea."

The senator also criticized Trump's handling of the coronavirus pandemic, saying he doesn't think the President's leadership during the crisis has been "reasonable or responsible."  "The reality is that he careened from curb to curb. First, he ignored Covid. And then he went into full economic shutdown mode. He was the one who said 10 to 14 days of shutdown would fix this, and that was always wrong," he said. "So I don't think the way he's led through Covid has been reasonable or responsible or right."

Hey, a white, male Republican that got something right...SHOCKING indeed! 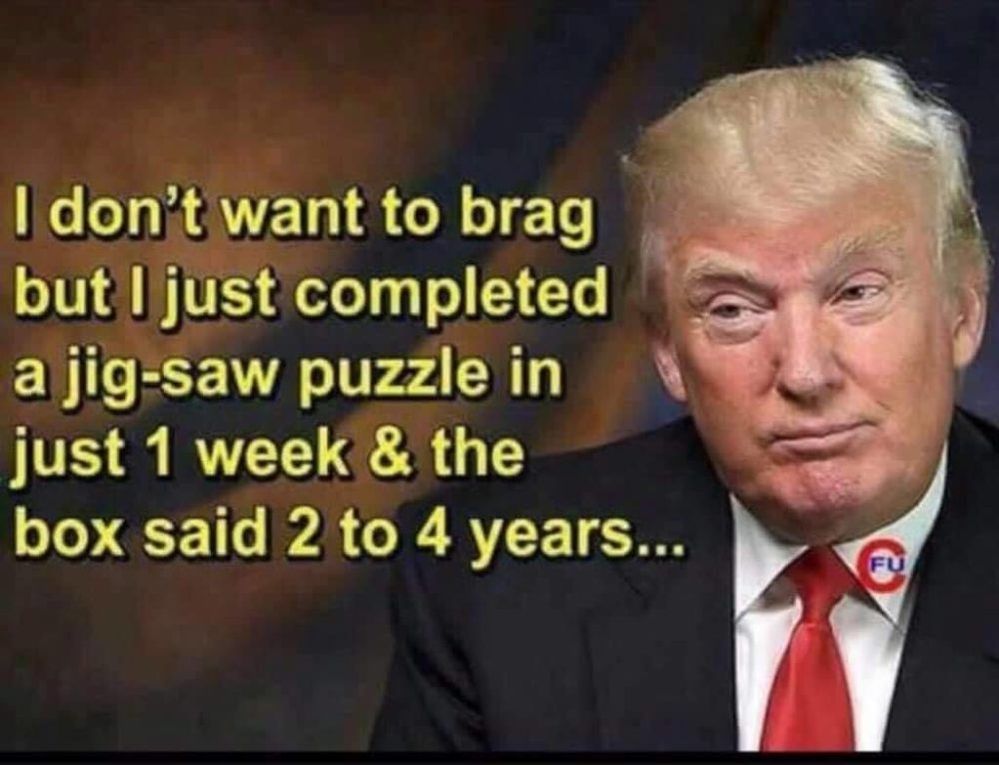 "FAKE 45 #illegitimate" read a sign at the Woman's March in DC, 1/27/2017
0 Kudos
111 Views
0
Share
Report
Reply
Turn on suggestions
Auto-suggest helps you quickly narrow down your search results by suggesting possible matches as you type.
Showing results for
Show  only  | Search instead for
Did you mean:
Users
Announcements