QAnon on the Ballot: GOP MN Candidates Back Morons

QAnon on the Ballot: GOP MN Candidates Back Morons

At least a half-dozen Minnesota Republicans running for state legislative seats in November have promoted the sprawling QAnon conspiracy theory that includes false claims that Satanists and pedophiles run the government and that COVID-19 is part of a plot to steal the election.

Once dismissed as a fringe movement, QAnon is quickly seeping into mainstream Republican politics as scores of GOP candidates across the country express support for its ideas. Among them are six candidates endorsed by the Minnesota Republican Party for state House and Senate seats from the Iron Range to the metro suburbs.

In some cases, Minnesota candidates have used official social media pages for their campaigns to post slogans in support of QAnon, which the FBI has warned is a conspiracy theory that could inspire acts of domestic terrorism or violence. Some posts include references to a “Great Awakening” or “The Storm,” a prophesied reckoning in which elected officials, journalists and other members of “the Deep State” are rounded up for imprisonment or execution.

State Democratic officials have expressed alarm at the prospect that any of the Republicans linked to QAnon could be elected. “It’s really dangerous and I would say that any elected official, candidate or political party who embraces these is really, in my opinion, acting against our democratic values and frankly trading in information that could be deadly in some cases,” said DFL Chairman Ken Martin.

But Julie Dupré, a Republican challenging DFL Sen. Melisa Franzen in the southwest metro suburbs, calls QAnon “a really great information source” and “one of many that I use.”

Dupré and five other GOP legislative candidates have expressed various degrees of support for QAnon online, at times enthusiastically encouraging others to join them in the movement.

As many as 77 congressional candidates and at least two dozen candidates for state legislatures across the country have been linked to the QAnon theory, which emerged in late 2017. It posits that an anonymous, high-level government official known only as “Q” is regularly leaking information about a satanic “Deep State” linked to pedophilia. Followers believe that President Donald Trump is leading a secret war against a cabal of elites who control the world’s power structure and engage in occult rituals and child sex-trafficking.

Its adherents include a Citigroup executive who was recently placed on leave by the bank after being linked to a QAnon website. The movement gained wider attention last month after Marjorie Taylor Greene won the GOP primary for a U.S. House seat in Georgia. Greene’s Democratic opponent has since dropped out of the race, and she was invited to the White House for Trump’s acceptance speech during the Republican National Convention.

“I heard that these are people that love our country,” Trump said in his first public comments on QAnon last month.

Melissa Moore, a state delegate for the GOP party since 2016, is running for a House seat that covers St. Louis Park and Hopkins. She has posted references to the Great Awakening and popular QAnon phrases like “WWG1WGA,” an acronym for “Where we go one, we go all” on her campaign Facebook page. She also maintains two Twitter accounts, one of which describes her as a #DigitalSoldier and includes frequent QAnon references. That account has more than 1,000 followers and follows 1,450 other accounts — many of which support QAnon.

Moore did not respond to messages seeking comment. In a recent AP interview, she said she liked following QAnon, describing it as “an exciting movement that opens our minds to different possibilities of what’s going on, of what’s really happening in our world today.”

In a since-deleted video shot outside a church and later posted to Twitter last December, Gary Heyer, the GOP-endorsed candidate for a Minnesota House seat in Bloomington, described “inviting all of the churchgoers to partake in the great awakening.” In the video, preserved by the nonprofit research group Media Matters for America, congregants drove past a sign with “Q” and “Patriots Unite” emblazoned on its front. The sign included a disclaimer that it was paid for by “Gary Heyer for Congress” and included a hyperlink that now redirects to the website affiliated with Heyer’s state House campaign.

On Twitter, Heyer follows nearly 80 accounts that express support for QAnon in their handles or bios. Heyer, who campaigned for Ron Paul in 2012 and traveled as a delegate to that year’s Republican National Convention, declined to comment on QAnon in an interview.

But he predicted that herd immunity would be a pathway out of the COVID-19 pandemic and vowed that, if elected, he would advocate for Minnesota to become the financial technology capital of the U.S. Heyer advocates for cryptocurrency and said he is “working with some different folks right now but I can’t really discuss all the details.”

Julie Buria, a Mountain Iron City Council member, is running for a state House seat. Buria sparked controversy this summer when she posted a graphic image comparing the Holocaust to Minnesota’s response to the pandemic. Minnesota GOP party leaders later said that Buria had apologized but, days later at a council meeting, Buria claimed that she was forced to apologize and insisted that she did nothing wrong.

Earlier this year, according to images reviewed by the Star Tribune, Buria tweeted multiple references to QAnon. She tweeted a May 30 report from a QAnon site purporting to show “Black Patriots” protecting a lone police officer from “Antifa Terrorists.” In April, she retweeted a woman who wrote “If only people knew how many Satanists are actually in the government” and “Pedophilia is going to bring the whole house of cards down.”

Elizabeth Bangert, who owns a child-care business in St. Peter, frequently posts videos recorded from inside her vehicle to her Minnesota Citizen Lobbyist page on Facebook. Bangert has also shared posts in support of QAnon and “the great awakening” on the social media platform, according to a screenshot of her personal account shared with the Star Tribune. About a dozen of the 56 accounts she follows on Twitter allude to QAnon.

Bangert did not respond to requests for comment. In her Facebook videos, references to human trafficking — a frequent theme of QAnon messaging — are prevalent.

“I’m going to go ahead and tell you that if you think that some form of T-R-A-F-F-I-C-K-I-N-G isn’t happening in America or hasn’t been concealed for decades if not longer, then you’ve been duped,” Bangert said in a July 13 video claiming the Wayfair online home furnishings store is involved in child sex-trafficking.

The theory suggests that expensive product listings on Wayfair’s website are actually children being sold for sex. In a statement, a Wayfair spokesperson said, “There is, of course, no truth to these claims.”

Bangert also believes in the Operation Lockstep theory that COVID-19 is a plot by global elites to control the population. The Operation Lockstep Theory distorts a 2010 Rockefeller Foundation report on how the world could be affected by scenarios that included a global pandemic. The theory falsely frames the report as an operation manual of sorts for global elites to create a police state via a manufactured virus.

Other videos have seen her proudly flout the state’s face mask requirement in public spaces and repeat statements that “we are in a battle for the Republic.”

In a July 5 tweet in response to Walz asking Minnesotans to don masks over the holiday weekend, Bangert wrote: “You will be removed from office for your treasonous acts, for our safety.”

Joe Thalman, running for a Minnesota House seat that covers parts of the southwest metro suburbs, concluded his remarks at a candidate forum hosted by the League of Women Voters in Bloomington last month by saying, “We’re seeking truth and justice and where we go one, we go all.” The phrase has long been a popular slogan in the QAnon movement.

The Minnesota Republican Party did not respond to multiple messages seeking comment.

tRump-Toad managed to cow the CDC into denying Covid is airborne, so the only hope for ending the Pandemic in America is to eliminate the Republicans in office at all levels.

Just what we need to add to the current mix...Qanon Quackery, and it is way off the plantation of common sense and truth.
I wonder how long it will be, before we hear trump supporters on this board, expounding upon the greatness of the
Q lunacy!

Tom5678
Honored Social Butterfly
FBI considers them dangerous. I wonder who we have on here????
2 Kudos
208 Views
3
Share
Report
Reply

As they have backed Trump, Trump sees nothing wrong with these lunatics.

And as Republicans backed lunatic Trump, it should not be surprising that Republicans would also start to back the lunatics of "Q"!!!

As they have backed Trump, Trump sees nothing wrong with these lunatics.

And as Republicans backed lunatic Trump, it should not be surprising that Republicans would also start to back the lunatics of "Q"!!!

It's just stunning, adults will believe ANYTHING, with a single bit of evidence.... 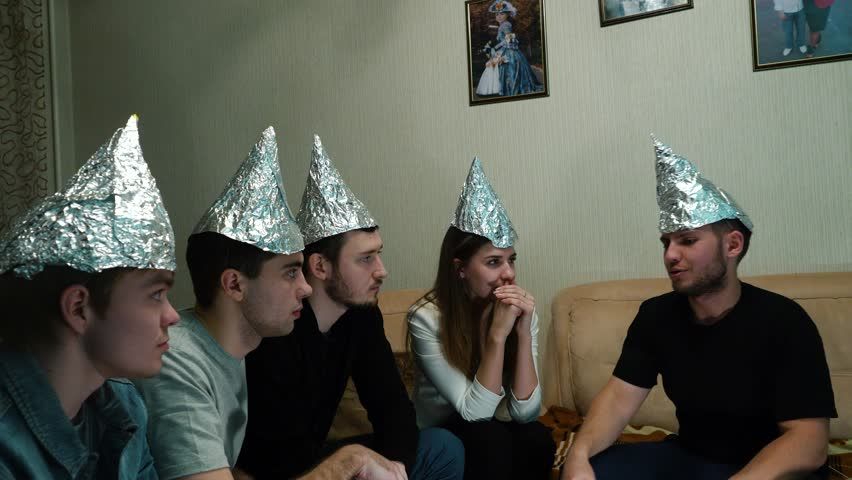 The ALL White trump Cult gathering listening to their latest marching orders!

Tom5678
Honored Social Butterfly
Trump Party has gone off the cliffs, sorry to say!
1 Kudo
145 Views
0
Share
Report
Reply
Turn on suggestions
Auto-suggest helps you quickly narrow down your search results by suggesting possible matches as you type.
Showing results for
Show  only  | Search instead for
Did you mean:
Users
Announcements