Princess Diana had an OPINION of Trump, she was right then and NOW

Well, I hope Trump supporters don't wonder why Trump isn't invited to Prince Harry's wedding, after Trump said all these nasty things about Harry's mother.  Including joking about making her take an HIV test before he would sleep with her.

His non-invitation isn't about politics.  It's about the utter lack of common decency.

I hope this is true and those notes surface and can be authenticated to verify the pig is and always will be the pig!

I hope this is true and those notes surface and can be authenticated to verify the pig is and always will be the pig!

Princess Diana had an OPINION of Trump, she was right then and NOW

Princess Diana told her friends she thought Donald Trump was a creep. After her separation from Prince Charles, Diana said Trump wrote her, sent her presents and arranged "accidental" meetings. All it took for her was one meeting to find out why this was a horrible idea. Trump was full of himself. All he did was talk about how rich he was and how lucky she would be to be Mrs. Trump. Trump was and is 100% the opposite of the person Diana was.

Early in her marriage to Prince Charles, Palace handlers told Diana not to touch patients on a visit to a hospital. While there, she went up and hugged an AIDS patient, saying he looked like he needed one. Princess Diana never followed orders, she followed her heart.

Trump fired US AIDS Advisory Panel today, but no reason was given. Trump's last comment on AIDS may indicate the Republican point of view. Donald Trump told White House Staffers that he didn't want to let Haitians into the US because they all have AIDS and Nigerians because their country was a sewer. 11,000,000 people live in Haiti, of those, 150,000 have AIDS, which comes to less than 2%. Trump is a Vicious Racist 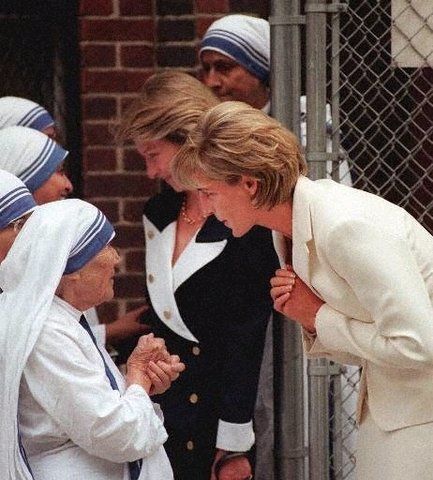 Report Inappropriate Content
6
Kudos
793
Views
3
Replies
Reply
6 Kudos
Turn on suggestions
Auto-suggest helps you quickly narrow down your search results by suggesting possible matches as you type.
Showing results for
Show  only  | Search instead for
Did you mean:
Users
Announcements