Seeing as how The White House has taken a position of "do-nothing-and-nothing-will-happen" when it comes to the pandemic, Republican Rep. Liz Cheney texted the following message and photo from her father to V.P. Pence: "Dick Cheney says, 'WEAR A MASK."' 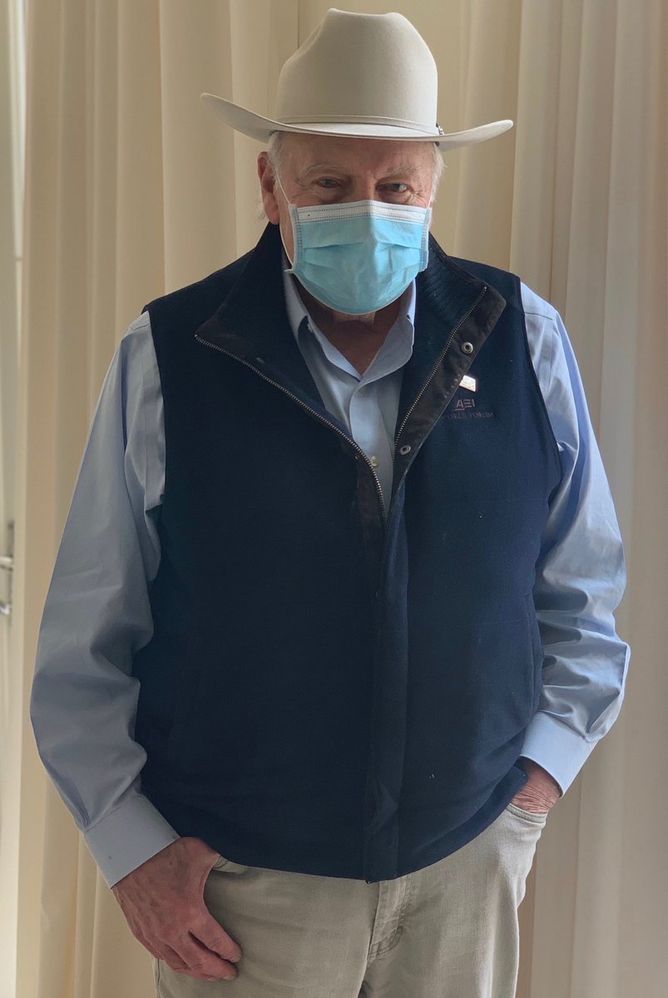 At least we have one Vice President who knows when to use truth and common sense!

Every time Trump finds himself in a quagmire, he sends in his "mini-me" - Pence.  And just like so many others who've attached themselves to this president, Pence has taken on Trump's countenance--that of a deceiver and a liar.  So in agreeing to join the Trump administration and stand before the American people and lie so freely as he does, it would seem Pence (who claims to be a Christian) has quite literally sold his soul to the devil.

It is being widely reported that the GOP Senate is getting nervous that IMPOTUS is dragging them down with him.  His base seems to be shrinking markedly in the battleground states.  Poll after poll is showing a definite shift away from the GOP, not just IMPOTUS.  I believe IMPOTUS went 0-4 on the candidates he Twitter-endorsed in the primaries recently?

IMPOTUS seem intent on denying the coronavirus even exists anymore and his VP is insisting the coronavirus outbreaks are just little temporary glitches which will go away soon.  Like it would be gone in April when the weather got warmer?  Thinking many Americans aren't ready to eat this BS anymore.

Be afraid, GOP.  Be very afraid.

Pence may have reassured the trump gop, but did nothing to reassure the rest of our Country. It was very disgusting to listen to pence speak...what a trump talking hand puppet he is, and liar. The administration has done nothing to help.
Nor will...same old stuff from them.

The GOP Senators are right to be concerned about the Trump Administration's handling (I take no responsibility) of the pandemic.  Yes, more testing would catch more infections but the ratio of infections to tests is also going up. That means there are simply more infections and now the CDC has projected that the number infected is ten times what is being published.

Pence has been dispatched to make all kinds of sunny predictions while FL and TX announced today they were closing all bars in an attempt to rein in the number of new cases. .  TX has reversed itself and is not allowing any elective surgeries.  Two counties in TX have overwhelmed their ICU units and are asking the state for help.

So, plan on lies from the administration and failed policies from the GOP governors who follow them.

Vice President Pence urged GOP senators on Wednesday to focus on “encouraging signs” despite a recent spike in coronavirus cases in numerous states as various localities move swiftly to reopen their economies, according to several people present.Multiple senators said Pence pointed to positive indicators, including the fact that while infections are rising, the mortality rate is not. That is partly because there is more testing, and younger and healthier people now account for larger shares of those getting tested, Pence said.

President Trump has repeatedly remarked of late that if there was less testing, there would be fewer infections, and the numbers would look better