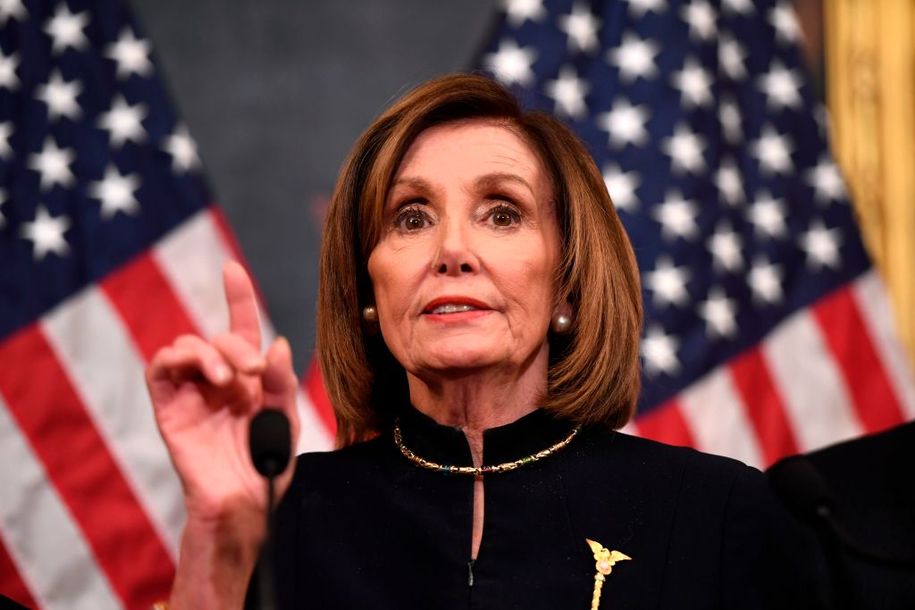 Senate Majority Leader Mitch McConnell’s “plan for a dark of night impeachment trial confirms what the American people have seen since Day One: the Senate GOP Leader has chosen a cover-up for the President, rather than honor his oath to the Constitution,” Speaker of the House Nancy Pelosi said—accurately—in a statement released on Jan. 21.

“Leader McConnell’s process is deliberately designed to hide the truth from the Senate and from the American people, because he knows that the President’s wrongdoing is indefensible and demands removal,” Pelosi continued. “No jury would be asked to operate on McConnell’s absurdly compressed schedule, and it is obvious that no Senator who votes for it is intending to truly weigh the damning evidence of the President’s attacks on our Constitution.”

McConnell has lied and lied and lied: “For weeks, he has insisted that he will adhere to the rules used during the Clinton impeachment trial and that ‘fair is fair’—but his proposal rejects the need for witnesses and documents during the trial itself.  In contrast, for the Clinton trial, witnesses were deposed and the President provided more than 90,000 documents.“ But McConnell knows how much danger he and Trump would be in if he allowed witnesses.

There are a few people who can force McConnell’s hand, though: Republican senators who care more about truth and the Constitution than about partisan power—or who simply think their re-election chances would be hurt by being seen as part of a cover-up. Pelosi closed her statement by addressing that directly, saying, “Duty, honor and country are at stake. Every Senator who supports this sham process must be held accountable to the American people.”

Sign the petition: Senate "rules" for impeachment trial are nothing but a cover-up.

0 Kudos
51 Views
0
Share
Report
Reply
Turn on suggestions
Auto-suggest helps you quickly narrow down your search results by suggesting possible matches as you type.
Showing results for
Show  only  | Search instead for
Did you mean:
Users
Announcements