@smcawrote: Tx, the 2nd Amendment does NOT mention AR-15s by name or description so doesn't "cover" them.  The Second Amendment didn't cover muskets either or any specific gun.  It does say 'to bear arms' without mentioning any specific type.   Nor does it mention or prohibit 'rifled bored arms'. or six-shooter pistols.  But they have been understood as 'arms' as definded in that amendment.

The 2nd Amendment is unclear as it applies to today's world.  It is being used to justify certain actions in the present though written in language & context from the past.  To me, it's almost like using the multi-translated verbiage from the Bible (which was written by imperfect humans to begin with) to justify anything.

There's plenty on the Internet about interpreting the 2nd Amendment including the fact that the people's right to firearms is first qualified with: "A well regulated Militia, being necessary to the security of a free State".

However, to me, the most important factor is that we have a very real problem of mass murder due to our loose gun laws & there is much proof via other countries that stronger regulation would reduce the loss of lives.  Thus the benefit to society far outweighs the smaller loss of enjoyment.

In other words: I don't enjoy flying in the same manner as I did 50 years ago but I & most others adjusted to the loss of freedom & privacy ever since the first plane hijackings occurred.

Bringing religion into topics again?  To REAL Christians, it's in every topic.  No doubt that indicates that you can't stick to the topic.  No doubt.....LOL!!!  Wasn't (sic) you in an immediate past post saying something about Hillary not being the topic, but you attempt to use religion as a weapon?  Starting to lash out again?  Shame.  Starting to question many things about those who make things up and post them here.  Shame indeed.

We need to CONFISCATE the political power of the NRAGOP at the polls next November. If we don't, their slaughter of innocents will continue.

Another method Hitler and the Nazis took over power in Germany, along with the excuse of making the country better.

Hmmm....sounds like trump and the Tea Baggers...  I think they were Tommy James and the Shondells back-up band.

Of course, the truth almost always appears that way to some for very obvious reasons... 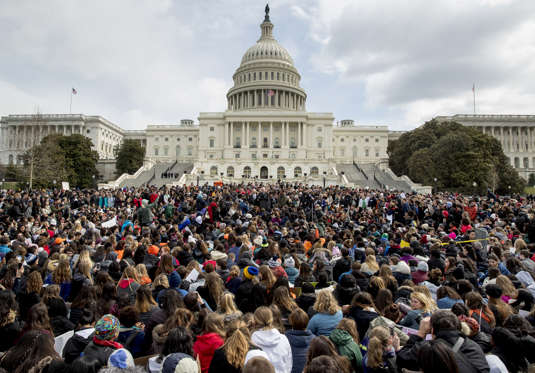 Bringing religion into topics again?  No doubt that indicates that you can't stick to the topic.  Wasn't you in an immediate past post saying something about Hillary not being the topic, but you attempt to use religion as a weapon?  Starting to lash out again?  Shame.

Have a nice day and try to keep these posts confined to politics and not inserting religion.

Have a good day.

Of course 'report the answers to opinion polls'

Blah, blah, blah....  Has absolutely NOTHING to do with the topic

So are your posts always on topic?   What makes you the posting police?  She represents being the leader of the liberal cult, except on this site there is a poster who has assumed that roll.

Report Inappropriate Content
0
Kudos
273
Views
Reply
0 Kudos
Turn on suggestions
Auto-suggest helps you quickly narrow down your search results by suggesting possible matches as you type.
Showing results for
Search instead for
Did you mean:
Users
Announcements