I think you have it backwards, the UN Security Council slapped the Trump team.... AKA Republicans.

The US is not the world leader it was before Trump, now the US is the superpower with a veto holding out against the world.

You guys cheer that on, no good for the US is going to come from it.

@jfpinlvn  I join you in your appreciation for this stance. 🙂

"The key to success is to keep growing in all areas of life - mental, emotional, spiritual, as well as physical." Julius Erving
Report Inappropriate Content
0
Kudos
892
Views
Reply
0 Kudos
Highlighted

Yes, she is indeed trump's bleep.

An embarrassment before the nation and the world.

Her husband and children have the nation's and the world's sincere condolences.

@alferdpacker  Please don't speak for me. I can speak for myself. Thanks.

"The key to success is to keep growing in all areas of life - mental, emotional, spiritual, as well as physical." Julius Erving
Report Inappropriate Content
0
Kudos
881
Views
Reply
0 Kudos
Highlighted

FDR chose to have the United Nations in New York for a reason lost on Nikki Haley, Donald Trump and Mike Pence. At the end of World War II, after an ever increasing series of more and more expensive wars, FDR decided that the world needed someone at the rudder to guide US and the World away from the Shoals of War. World War I and World War II cost over 125,000,000 lives and the equivalent of $20 TRILLION Dollars. He wasn't sure that the world could survive the THIRD WORLD WAR. Trump is apparently willing to give it a try. Choosing Jerusalem as the site for our Embassy is great for White Evangelical Christian Republicans and Israel, but 1,250,000,000(ONE BILLION TWO HUNDRED FIFTY MILLION) Moslems disagree. Arab leaders were always willing to discuss it but only in a Peace Agreement which settles all disputes in the Middle East. Now, Israel has what they want, there is no Peace agreement and several friendly Arab Governments are now in danger of falling. Moslem leaders throughout the World now say the US CANNOT BE TRUSTED. Basically, Trump is operating a White Evangelical Christian Foreign Policy, to secure support of his base, which bullies everyone else, but especially seeks a race war between White Evangelical Christian Republicans and Moslems. Trump has no interest in Peace.  The Bible puts it best, Sow the Wind, Reap the whirlwind.

Many Moslem leaders are turning to iran as their defender since they no longer trust US. That would be the worst of all worlds. Our European allies are not supporting US, saying we must go it alone on our course to war. Trump is a bully armed with a bully's quiver of arrogance and ignorance, he, Pence and von Ribbentrop Nikki Haley are playing Tic-Tac-Toe while the rest of the world is playing chess.

As a footnote, Israeli PM Netanyahu has been accused of being behind the plot to murder Nobel Peace Prize Winner, Israeli Prime Minister Yitzhak Rabin. A follower of Netanyahu Yigal Amir, was the assassin. PM Rabin made a peace his mission, he was willing to give and take to reach that agreement. A just Peace was all he cared about.

PM Netanyahu has no interest in peace, but it is far worse than that. Netanyahu and his family are, including his wife, being investigated by the Israeli Attorney General for Bribery, Extortion, Embezzlement, Theft AND WAR PROFITEERING. Many sources cite Netanyahu's attack on the Attorney General as following Trump's example. Only thing, evidence is Netanyahu and his family are corrupt and profiting from hostitlities.

If we drive all of our Arab allies to Iran, make pro-American Moslem Governments fall, bully our friends away. Trump has attacked the UN and NATO, Two Organizations which have done much to keep the peace in the world, look for more and bigger wars, with us alone with only a couple of allies.

Bear in mind, the last step before World War II, Hitler destroyed the League of Nations, not the best path for Trump and his Evangelical Christian Supporters to follow. I beg people to rethink FDR's UN and President Truman's NATO as bulwarks of Freedom and Peace.

And before I get attacked, I will cite US stories which support my conclusions, but there are 1000's of stories in Europe, South America, Asia and Africa saying the same thing, even if their governments only whisper their intense dislike of Trump/Pence/von Ribbentrop Haley. Bullies never see their fall, until it happens.

Trump may win the White Evangelical Christian Vote, but the cost may be the THIRD WORLD WAR 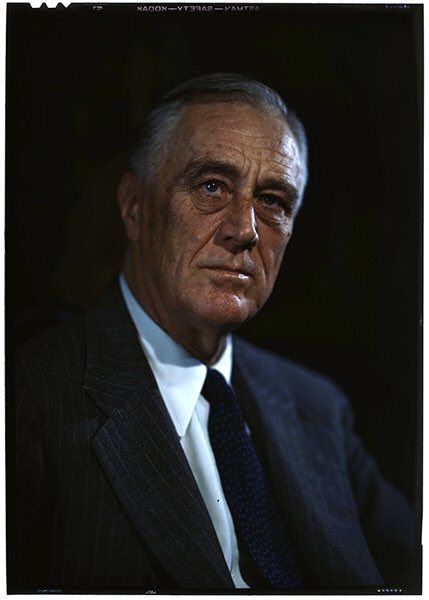 One thing to bear in mind, FDR served his country during WWI as Navy Secretary, Teddy Roosevlet with the Rough Riders, JFK lost his brother Joe fighting Hitler and won the Purple Heart himself, while Trump was a Spineless Chickenhawk Draft Dodger with four deferments and a Boo Boo on his foot.

Nikki Haley and her boss disgraced themselves with an empty and childish threat,  and the UN vote in abject opposition, was if anything, a B slap to the fool in the WH and his equally foolish ambassador.

Only in an alternative universe of delusion and lies could the situation be read any other way.

Time to start consuming legitimate and credible news sources instead of RW propaganda, which spreads nothing but perversions of the truth and out right lies.

I see the little propaganda piece presented here failed to mention that trump’s stupidity has further destabilized the peace process and that he CLEARLY has BLOOD on his hands.

trump is an idiot, and no delusional pieces, no lies, no spin, can change the facts.

Sad that anyone would be proud of two such ridiculous and dangerous fools.

Yes, she is indeed trump's bleep.

An embarrassment before the nation and the world.

Her husband and children have the nation's and the world's sincere condolences.

AMONG THE LOW POINTS of the Obama administration's final weeks was its refusal to veto a blatantly anti-Israel resolution in the UN Security Council.

When Nikki Haley attended her first Security Council session a few weeks later as the new ambassador under President Trump, she promptly reversed course. "I am here to emphasize," she told reporters, "that the United States is determined to stand up to the UN's anti-Israel bias."

Haley lived up to that promise on Tuesday, when she vetoed a resolution demanding that the Trump administration rescind its decision recognizing Jerusalem as Israel's capital. She followed up her veto with formal remarks calling the resolution "an embarrassment" to the UN and scolding those who "presume to tell America where to put our embassy." On Twitter the next day, Haley laid down a marker ahead of Thursday's vote on the topic in the UN General Assembly.

"When we make a decision . . . abt where to locate OUR embassy, we don't expect those we've helped to target us," she tweeted. "On Thurs there'll be a vote criticizing our choice. The US will be taking names."

Reckless and counterproductive? Hardly. Haley's performance at the UN has been a joy to behold. The former South Carolina governor, who came to the job with no foreign policy experience, has turned out to be a natural — behind the scenes no less than in the spotlight."

Report Inappropriate Content
1
Kudos
904
Views
46
Replies
Reply
1 Kudo
Turn on suggestions
Auto-suggest helps you quickly narrow down your search results by suggesting possible matches as you type.
Showing results for
Show  only  | Search instead for
Did you mean:
Users
Announcements