Every year my family and relatives would gather on Thanksgiving and other holidays at my sister's house. My sister would bring the food out, lay it on the table, point her index finger at everyone and say firmly "No politics!" She knew it sometimes lead to arguments.

She and all my sister's voted for Hillary.

Now, when we sit down at the dining table for a holiday meal, my sister usually starts off the conversation with "Did you see what Trump did today?"

Most of my sister's conversations today center on politics, in particular Trump. They all changed since Trump came along - even before he was elected. They follow current events more closely today than ever before.

When I heard "Pink Wave" I thought of them.

Trump has a women problem—he always has. And now the Republican party has one, too. https://www.weeklystandard.com/alice-b-lloyd/the-pink-wave-was-always-blue

Yes they do.  "...for Republican women. Their representation in Congress took a dive Tuesday, despite picking up a seat (or two) in the Senate...

"A pink wave that’s really just part of a blue wave is actually a bit dispiriting. It suggests that the woman power was less a function of gender than partisanship.

"the woman power"...partisanship?  Yes, a "function of gender".

I don't see a "pink wave" with some parts "blue".  It is first and foremost, blue.  Add red, we are a ~ purple wave ~.  There is nothing "dispiriting" about winning an election.  (except for dt's wife that one time)  dt will be the focus of more females than he could have ever imagined.  He hasen't as yet comprehended what that means. 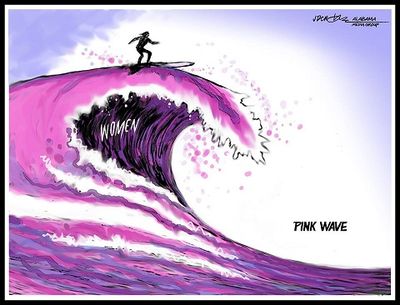 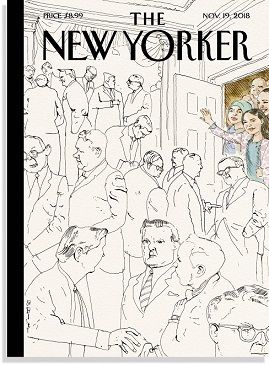 Report Inappropriate Content
Reply
5 Kudos
Turn on suggestions
Auto-suggest helps you quickly narrow down your search results by suggesting possible matches as you type.
Showing results for
Show  only  | Search instead for
Did you mean:
Users
Announcements