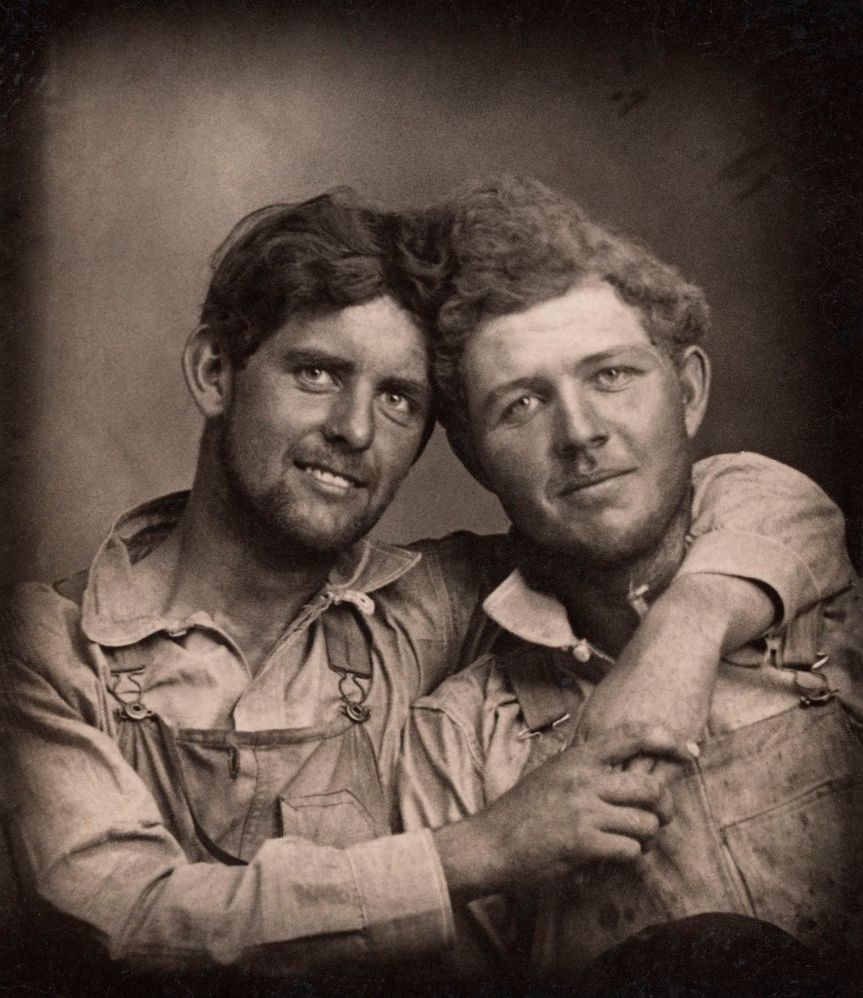 Hugh Nini and Neal Treadwell’s journey began in an antiques shop in Dallas when they discovered a photograph of two men, unmistakably in love.

Nini and Treadwell saw themselves in the two men in the photograph and were filled with so many questions about who they were. Neither of them expected that this photograph would become the first of a 2,800-image collection and that they would publish their own book, “LOVING — A Photographic History of Men in Love 1850s-1950s.” 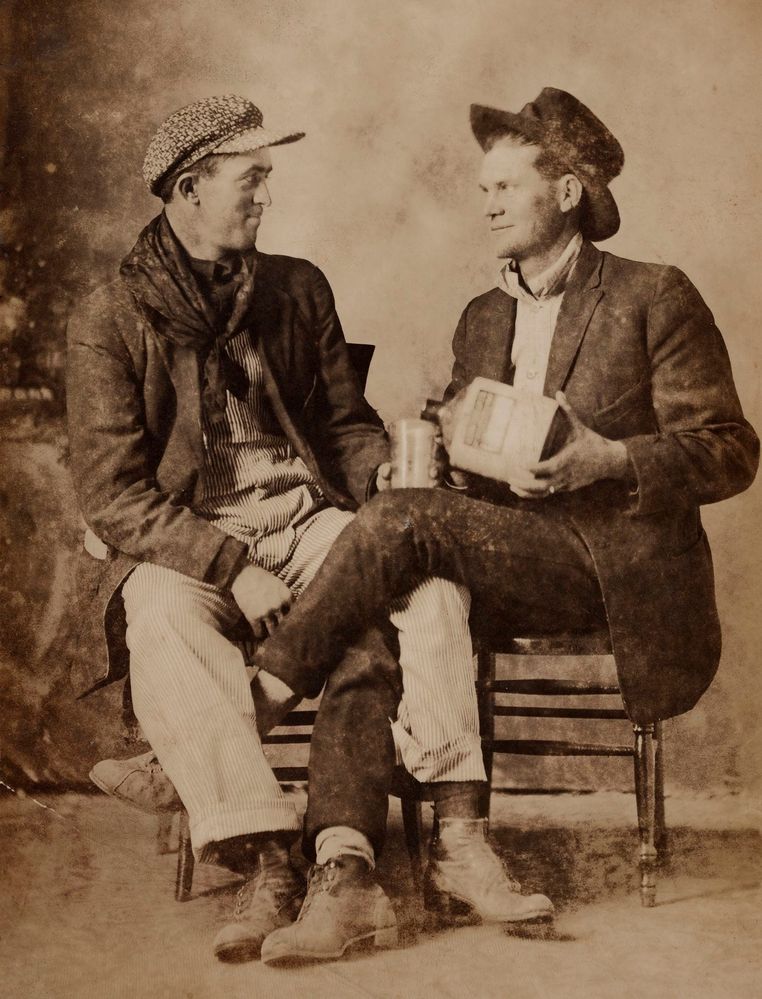 Nini and Treadwell would come to refer to this book as their “accidental collection.” Each year, as they traveled Europe, Canada and the United States, they combed through boxes of photos at flea markets and in antiques shops to find more photos of men in love. In the beginning, the collection was composed only of found photographs that they felt spoke to them. Eventually, they began to pursue them actively online, in estate sales and in family archives.

Nini and Treadwell wrote this about finding their first photo:

“Our collection began twenty years ago when we came across an old photo that we thought was one of a kind. The subjects in this vintage photo were two young men, embracing and gazing at one another — clearly in love. We looked at that photo, and it seemed to look back at us. And in that singular moment, it reflected us back to ourselves. These two young men, in front of a house, were embracing and looking at one another in a way that only two people in love would do. Dating sometime around 1920, the young men were dressed unremarkably; the setting was suburban and out in the open. The open expression of the love that they shared also revealed a moment of determination. Taking such a photo, during a time when they would have been less understood than they would be today, was not without risk. We were intrigued that a photo like this could have survived into the twenty-first century. Who were they? And how did their snapshot end up at an antique shop in Dallas, Texas, bundled together with a stash of otherwise ordinary vintage photos?” 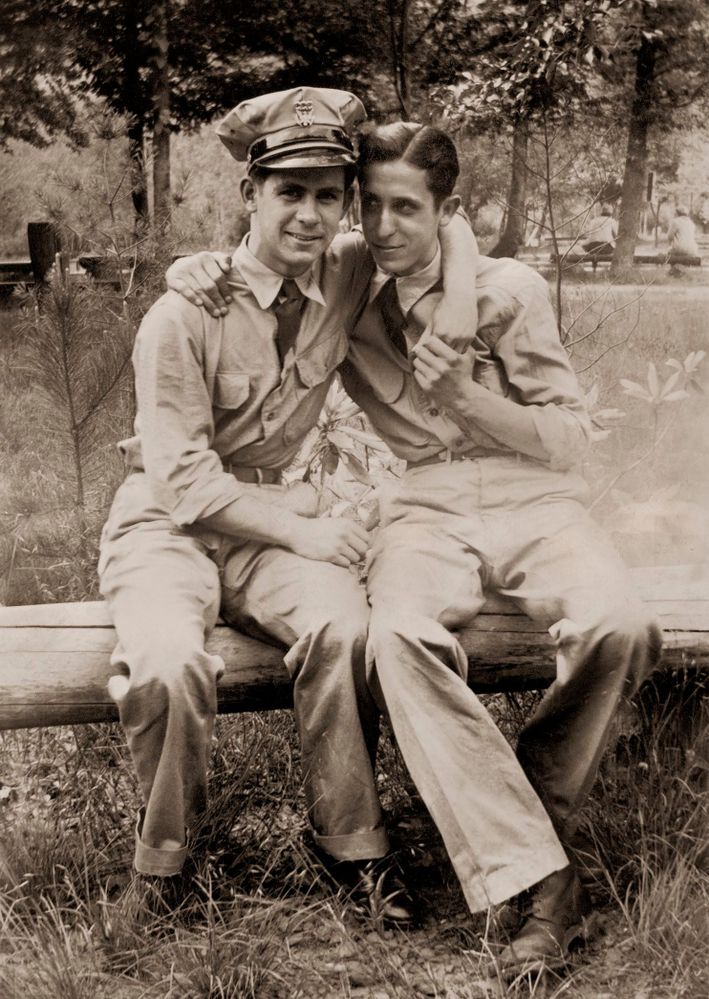 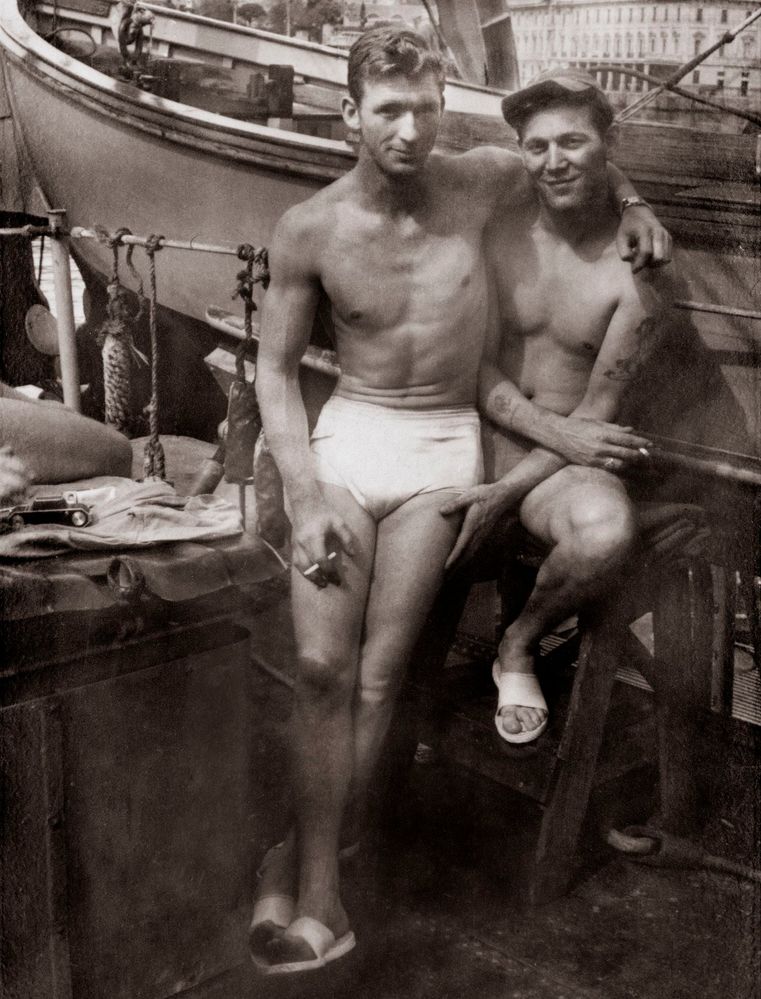 The two found their second photo through an online auction. It was tiny, the size of a thumbnail, and portrayed two young soldiers circa 1940. The gaze between the men was just like the one they saw in the first photograph they found. The words “Yours always” were etched in the small glass art deco frame around the photograph.

The photographic camera was invented by the heterosexual, Joseph Nicéphore Niépce, in 1826 or 1827.  Too bad for you that there were no cameras around in the days of Sodom and Gomorrah.

BTW, your first image looks like nonidentical twins conjoined at the heads.


"FAKE 45 #illegitimate" read a sign at the Woman's March in DC, 1/27/2017
1 Kudo
100 Views
0
Share
Report
Reply
Turn on suggestions
Auto-suggest helps you quickly narrow down your search results by suggesting possible matches as you type.
Showing results for
Show  only  | Search instead for
Did you mean:
Users
Announcements