*The additional 10% of the wall is ready to go. Contractors/Army corp standing by smartly.

*The wall is not meant to send illegals back to their country of origin.... that is

*The illeagl drugs enter ports of entry because the wall works and funnels the traffic there. How do you not understand that? See Jim Acosta for reference.

*The republican controled  government requires 60 votes in the senate, but everyone knows that... more contrived obtuseness.

280 Views
Message 43 of 45
Yes president Trump began the shutdown. Yes the democrats could end the shut down, if they would agree to fund the wall. We already have 30% of the wall complete and the money he's asking for will add 10% more. 5.6 Billion for border security and 3+ billion for the wall.... it's less than 1% of the budget.

America agrees with you. Republicans could end this shutdown if they really wanted to do so. Before the last session of Congress ended, the Senate passed a bill to fund the government until early February, which did not include any funding for Trump's border wall.

The bill was poised to pass in the House, and Senate Republicans, after having lunch with Vice President Mike Pence, said they were confident Trump would sign the spending bill.

But Trump then said he would refuse to accept a stopgap measure that did not include funds for his wall, and while the House managed to pass a new bill that included the $5 billion in border wall funding, it was dead on arrival in the Senate.

If Senate Republicans decided to pass the original version of the bill before Trump intervened, it would likely pass in the House and place immense pressure on the President to end the longest government shutdown in US history.

And should he veto the legislation, two-thirds of the House and Senate could override it. Republicans would have to show where they stand. Would they support the President and the ongoing shutdown or work with Democrats to reopen government?

When Democrats tried to bring forth a vote to reopen the government on Thursday, Sen. Mitch McConnell promptly shut them down. McConnell is stalling any progress and the main reason that President Trump can continue to hold the government hostage in order to force Democrats into accepting his demands on border wall funding is because Senate Republicans are letting him get away with it.

Report Inappropriate Content
7
Kudos
308
Views
44
Replies
Reply
7 Kudos
Turn on suggestions
Auto-suggest helps you quickly narrow down your search results by suggesting possible matches as you type.
Showing results for
Search instead for
Did you mean:
Users
Announcements

Introducing ralmon, one of our featured ACEs! Check out their profile and fill yours out, today! 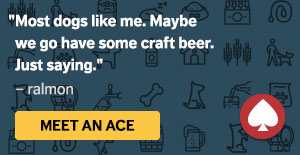