The bill, one of the most substantial changes to the state’s criminal justice system in years, includes a statewide ban on chokeholds and neck restraints — such as the one used on Floyd — and a prohibition on warrior-style training for officers. It enhances data collection around deadly force encounters, requires officers to intervene and creates a new state unit to investigate such cases. The bill boosts funding for crisis intervention training, creates a panel of expert arbitrators to handle police misconduct cases and establishes incentives for officers to live in the communities they police.

The House approved the measure 102 to 29 just before midnight. The Senate passed it 60 to 7 a couple of hours later and sent the bill this morning to Gov. Tim Walz.

The hard-fought passage came after weeks of legislative impasse that had already derailed another special session in June — one that was initially called to review Walz’s extension of his emergency powers. But the continuing outrage over Floyd’s killing kept up the pressure on the only divided legislature in the nation to find common ground when Walz extended the state of emergency again in July.

“We’ve never stopped working on this, whether we were in session or out of session. That’s something we all felt was important,” said Senate Majority Leader Paul Gazelka, R-East Gull Lake.

Democrats’ original policing proposal went further, including provisions to restore voting rights for felons and giving the responsibility for prosecuting deadly force cases to the attorney general’s office. Republicans in the Senate said they insisted that the final deal wouldn’t adopt any language being considered in Minneapolis to dismantle police departments, despite the fact that there was no provision in the DFL bill to do so.

“We’ve never stopped working on this, whether we were in session or out of session. That’s something we all felt was important,” said Senate Majority Leader Paul Gazelka, R-East Gull Lake.

They pushed deal-making and votes late into the night Monday, after Senate Republicans imposed a deadline of midnight to either pass a deal or go home empty-handed.

“Some of us believe that you can always do more, but members this is a good bill,” said Rep. Rena Moran, DFL-St Paul. “This is a beginning, this is not the end.”

But in the push to get a deal on policing passed in time, other issues on legislators’ to-do list fell to the wayside. A $1.35 billion package of construction projects failed in the House early Tuesday morning, after Republicans in the House criticized the package for spending too much and including too little of their input. Bonding bills require a supermajority to pass in both chambers, meaning leaders need buy-in from members of the minority parties.

The House and Senate majority “caucuses and the governor’s office negotiated it without us, and that is not a good solution to earning votes from our caucus,” said House Minority Leader Kurt Daudt, R-Crown. But he suggested that lawmakers might have another chance in August, when the Legislature is expected to return to review another potential extension of Walz’s emergency powers.

Even as legislators worked furiously behind the scenes to strike a deal on policing, the two parties’ contrasting priorities on racial disparities and the pandemic were evident throughout the day Monday. House Democrats passed a resolution declaring racism a public health crisis, manifesting in health, economic, educational and other disparities between Black and white Minnesotans.

“The COVID-19 pandemic and the senseless murder of George Floyd have shined a light on the historical and contemporary injustices that are still embedded in our society,” said Ruth Richardson, DFL-Mendota Heights, the sponsor of the resolution.

“Every school building, over 2,000 school buildings, over 300 school districts, over 100 charter schools, one person cannot determine how best students can be educated during this time of pandemic.”

The home of the cops who murdered George Floyd AND Philandro Castile AND Justine Damond and the 192 other Minnesota citizens killed by the police is FINALLY addressing the problem.

Every police-involved death in Minnesota since 2000 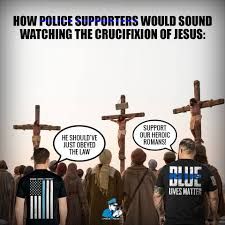 And consider, respect and accountability are a two way street...we as citizens have to be respectful and accountable to Law Enforcement, do we not?

And don’t both sides, need to follow laws, rules, regulations, and policies?

1 Kudo
201 Views
0
Share
Report
Reply
Turn on suggestions
Auto-suggest helps you quickly narrow down your search results by suggesting possible matches as you type.
Showing results for
Show  only  | Search instead for
Did you mean:
Users
Announcements