Here is the NEW Republican Party...supported by the faux-Christians.  "Hey "Let's Pretend" we're Christians and support this clown". 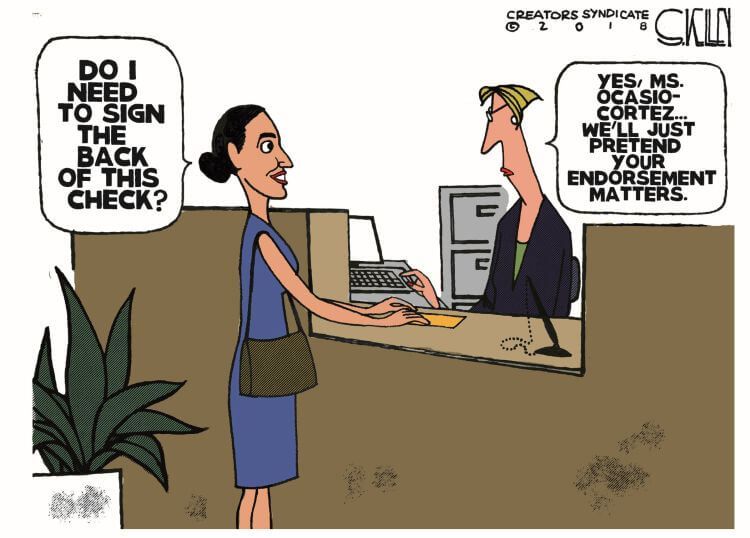 Here is the evolution of AOC and where the new Democrat Party is headed:

It is posts like yours that create problems in accomplishing a homogeneous society through fostering resentment.

Funny that you've repeatedly criticized a poster posting cartoons, yet when a different poster from the Right posts cartoons about Hispanics and Muslims you say nothing ............ except to criticize another poster for mentioning it. Speaking of "fostering resentment" .......

Just more of the far too often, "Christian hypocrisy", Chas.  It seems to make a regular appearance.

To the topics headline.....how about we "pretend" Christians show the love for others they proclaim they embrace.  Wouldn't that be a great day?

Well Reverend, are we discussing religion or politics?  Then there is the hypocrisy of some who keep attempting to bring religion into political discussions, mostly to accuse others.

Then there is the hypocrisy of some who think it's only OK to bring religion into a topic when they themselves do it.

It is posts like yours that create problems in accomplishing a homogeneous society through fostering resentment.

Funny that you've repeatedly criticized a poster posting cartoons, yet when a different poster from the Right posts cartoons about Hispanics and Muslims you say nothing ............ except to criticize another poster for mentioning it. Speaking of "fostering resentment" .......

218 Views
Message 18 of 47
AOC is a gift that keeps on giving. She successfully defeated the potential economic ravages Amazon was ready rain down on NYC. We all know... The world will be beyond saving in 12 years. So... We need to rebuild America before then... or we're doomed. It's been observed.... Bankers are funding the caging of children, and now... She has usurped Hank Johnson's title... I'm sure he's grateful.

no cartoons needs for this joke.

This whole nonsense, IMO boils down to a very simple exchange..

, ..if you REALLY care so much, I encourage YOU to go back and read when I've raised the point and YOU ask yourself, are these "Christians" acting in a Christian-Like manner? And who are YOU to judge again.  Again, I'm not judging anyone; I'm pointing out behavior and what they choose to post. I'm confident adult's can discern the difference;

I've asked you because I don't understand why you keep putting down other's beliefs. And, what belief am I putting down???

No one questions you first, they just respond to your attacks Whose being attacked? 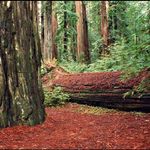 IMO, Real Christians don't feel accused, nor need to defend their actions...their fruit is obvious to all.

Yes, without a doubt it's easy to see who isn't a Real Christian by their posts.  Clearly it is, so why are you complaining?  Would a Real Christian be attempting to use the term to denigrate others?  Who is denigrated?  Who inserted religion into this, a political discussion? Oh, this is a political discussion?  Then why are you ranting about religion?  And what does that have to do with this topic?  I'll leave it to Real Christians to figure it out.  You know, those who reveal their fruit, often unintentionally.......like Laurie.  But thanks for asking.....

I'm sorry you seem to be having something going on and it appears to be you're searching or struggling with your own beliefs. I'm sorry, you've TOTALLY misconstrued my posts, but thanks for trying. I just read what you wrote, nothing to misconstrue. You always are the one who brings religion into discussions and attack others beliefs. Your are mistaken.  I have NEVER attacked anyone's religious beliefs. But you have several times or I wouldn't have finally brought it up and it's obvious that others have noticed it, too. I DO point out that when ones wears their religion on their sleeves and their posts here are far from the religions values, that they aren't reflecting their religions values.  But the question is, why do you think you're God to judge others? Can you provide ONE example of where I attacked anothers religious beliefs? there are so many you'll have to look over your posts, it wouldn't take very long to fine a few Just one?  I bet you can't.

You put down Christians and judge them WRONG!  In fact, several times I've posted how wonderful Christians are.....REAL Christians and not the "faux Christians" you mention. Which again is the question, who are you to judge another? Nor have I judged them, though I do reflect on their posts, just as YOU have done here.  Are YOU judging me? (even though you're in no position to know what's in their hearts or what they do for others) That is far from a judgement it is a fact.  No one knows what is in another's heart of what they do for others but you keep questioning Christians (not 'reflecting'). Of course NOT, nor do I care. Obviously The faux Christians just don't show the love REAL Christians demonstrate. Are you seeing the pattern here?  You keep playing judge/God like you know which are faux and which are real There is at least one REAL Christian here and you can tell by every posts she posts.....this has been pointed out several times, yet YOU choose to ignore that. You 'assume' I ignore it? you quote scripture maybe cuz you want to practice Christianity (even though the verse doesn't always fit). A false assumption,That was a 'reflection' not an 'assumption' and I do note you've never attempted to correct a misplaced verse. Why would I if the verse has a meaning for them?

So do you want to be a Christian or do you just like attacking people who are Christians?  I believe the answer is clear, but you'd have to much better understanding, and a desire to understand what I've posted.  No, but I keep trying to understand why the agression.

No one is perfect, but that is between them and their God, and as long as they keep trying to be better, THAT is what matters.  And I have encouraged the faux Christians to "be better".  Jesus knew he couldn't do it alone, he needed 12 disciples... Encouraging might be in a kind non-judgemental way I think ..if you REALLY care so much, I encourage YOU to go back and read when I've raised the point and YOU ask yourself, are these "Christians" acting in a Christian-Like manner? And who are YOU to judge again.  I've asked you because I don't understand why you keep putting down other's beliefs.  No one questions you first, they just respond to your attacks Get back to me if you find ANY that are.  Fair?  I don't expect to hear of any examples so there's no pressure.  So if you want to talk about it then post a new topic on it, but at least show some respect even if someone doesn't see things the way you do.  Actually, I am showing respect to REAL Christians, one's who don't post vile attacks on others, the poor, the down-trodden, immigrants, etc. And here you are judging once again The lack of fruit is worth noting. Last time, who are you to judge anyone?

"In the end, only kindness matters"  Yep, and kindness includes helping those who have strayed off the path, back on. So are you asking me to help you?  My way is not questioning a person's beliefs. Sometimes just being kind and leading by example might work. Thank you.  Peace

Report Inappropriate Content
1
Kudos
245
Views
Reply
1 Kudo
Turn on suggestions
Auto-suggest helps you quickly narrow down your search results by suggesting possible matches as you type.
Showing results for
Search instead for
Did you mean:
Users
Announcements