Without an estimate of the number of members, why should I even believe Qanon is news worthy?  So, NBC found a few crackpots to interview.  Big Deal!

Compare that with millions of Democrats having conspiracy theories about Russian Golden Showers on Trump and such nonsense.

Funny how most all of the 'crackpots" support tRump, isn't it?

Not true. You care. You care so much that you use the lead poster to answer my post as that put you post higher on the page under the new system. 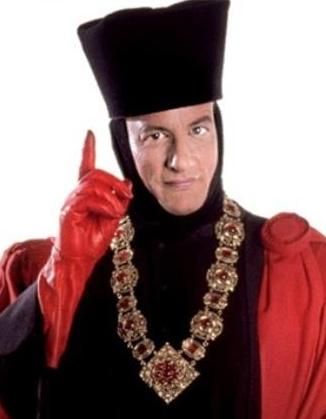 Nobody but liberal crackpots care about Qanon.

Nobody but liberal crackpots care about Qanon.

Yeah. It sucks but somebody has to be the adult

Without an estimate of the number of members, why should I even believe Qanon is news worthy?  So, NBC found a few crackpots to interview.  Big Deal!

Compare that with millions of Democrats having conspiracy theories about Russian Golden Showers on Trump and such nonsense.

Believe what you want about Qanon but the lies it puts out are a threat to the USA. They support Trump.

The Russian Golden Shower tape is true and in the hands of a Russian who is close to Putin. Trump had Michael Cohen arrange for the Russian to get the tape, and paid for it to happen. Michael Cohen told us that and the Russian who has the tape gave a press conif. in Russia about a year ago and confirmed that.

On a personal level for groups like Q, do people “want” to believe in this movement, or do they let themselves be “led” and believe the false accusations...or is this another cult with cult behavior!

Good question, William.  In my opinion, these people WANT to think they know something you don't; to be one of the few, "in the know".  So they can feel superior to others.  Same reason some join cults.

The psychology of Qanon: Why do seemingly sane people believe bizarre conspiracy theories?

Cent, good point. It would seem that feeling superior over kidnapping children, killing them, and drinking their blood would be a very strange emotion...compared to being saddened, disgusted, and outraged...but, that would be contingent upon this being true or even taking place...of which there is no proof of it happening.

Sadly, you're right William.  It's sick, whichever side you choose...controlling the kids or playing hero making up the lies to bolster your own self-esteem.

Needless and hardly benefiting anyone.


"FAKE 45 #illegitimate" read a sign at the Woman's March in DC, 1/27/2017
0 Kudos
193 Views
0
Share
Report
Reply
Turn on suggestions
Auto-suggest helps you quickly narrow down your search results by suggesting possible matches as you type.
Showing results for
Show  only  | Search instead for
Did you mean:
Users
Announcements