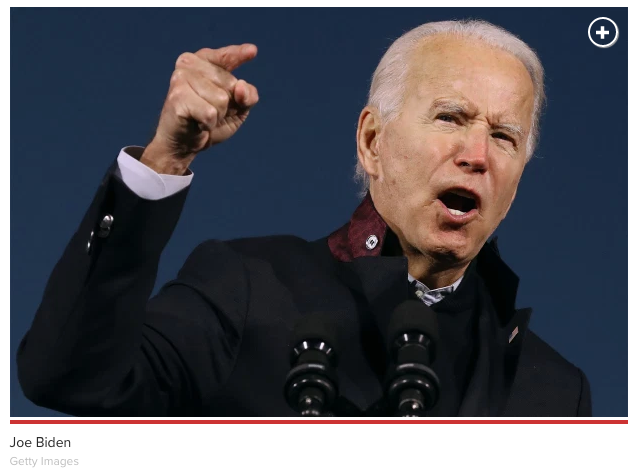 Joe Biden’s polling edge over President Trump eroded this week amid The Post’s scandalous revelations about his son Hunter’s foreign dealings — but the Democratic candidate still maintains a substantial lead.

The IBD/TIPP national tracking poll, released Saturday, puts Biden at 50 percent in the head-to-head matchup, with Trump at 43 percent. The 7-point advantage is well outside the survey’s 3 percent margin of error.

But the poll of 1,009 likely voters saw Biden’s support slip by just over 2 percentage points since Monday — and found an increase of just under 1 percent for the incumbent.

The IBD/TIPP survey found strength for Biden among independent voters, who split their support between Trump and Democrat Hillary Clinton in 2016, but now back the challenger by a 9-percent margin.

The results also hinted at the possibility of a substantial number of “shy Trump” voters in the electorate: while 47 percent of respondents said they believe that their neighbors are Trump voters, only 36 of them say they are surrounded by Biden backers.

Over on FoxNews/Pravda they are seriously freaked about Hunter Biden.  Voices are raised, insults are hurled, outrage runs rampant! They have "explosive" new evidence that Hunter may have done something wrong. I can't figure out exactly what.

What they have are accusations, allegations, and hypothetical suppositions of unspecified crimes. But they are really in a snit. They find it unconscionable that the mainstream media and "big tech" aren't reporting this story. Their top headline is that some republican senator wrote a letter to the FBI director asking for more information on Hunter Biden.

How is that news? Someone needs to tell them Hunter isn't running for president.

Fox, the network that cried wolf.

Trump is an aperture in the fundament.
0 Kudos
262 Views
0
Share
Report
Reply

what a smear job this story was. Russia trying to create corruption against Biden and people on here pushing it, for shame!

This is also in the wake of the Post report on Hunter. 🤣

This is also in the wake of the Post report on Hunter. 🤣

The usual "peeing on your leg and telling you it's raining".  Once AGAIN, sources of information MATTER...to intelligent adults.

Even Trump is starting to talk defeat.

Even Trump is starting to talk defeat.

I'm glad he's thinking ahead.  Even if he goes peacefully, I haven't much confidence that this admin's transition work is up to speed per rule of those laws.

imo everyone knows who they are voting for.  At the high end 25 million have already while rumpskull continues to tread water, if even that.  Personally I don't think he's going to able to disappear himself once he becomes citizen trumped.

This is about the 15th time you have posted this story. It was a lie the first time, and is still a lie. Twitter even stepped in and took it down.

The far right in full panic mode. It shows they will stop at nothing to keep Dictator Trump in power to destroy the USA.

Just no understanding of how long it takes to do a decent poll.  It just adds to the understanding that regressives do not care what they say as long as it fits their narrative.

1 Kudo
337 Views
0
Share
Report
Reply
Turn on suggestions
Auto-suggest helps you quickly narrow down your search results by suggesting possible matches as you type.
Showing results for
Show  only  | Search instead for
Did you mean:
Users
Announcements