You are living in the world of deranged leftist lunatics.  But I understand, you are still in denial. Who are all these indictments and felony charges you talk of? George Papadopoulos? Eleven RUSSIAN nationals? Michael Flynn? Good luck with jailing them. Who cares if they were falsely indicted for NOTHING. George is still walking around free, so is Flynn. The Russians will never even see an indictment.

The first post in this thread was a perfect example of how Trump Cult members live in an alternate reality devoid of the truth where lying and firing off non-stop insults makes one a hero. For those who live in the real world, here are some elements we must focus on.

A President who has unified the country.  in their loathing and disdain for the moron-in-chief.

Study: Americans more divided along party lines than ever

Trump is doing more to divide the country than unite it, poll says 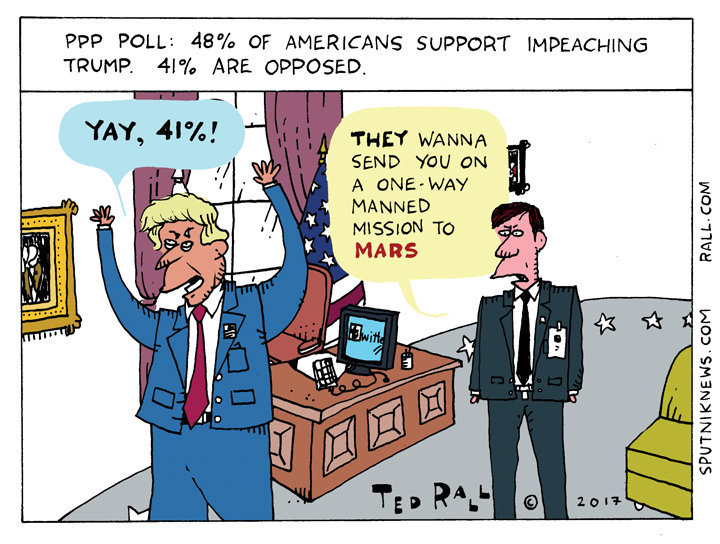 The battle cry of a deranged racist democrat. The left has went so far left that they now are a subgroup of world wide terrorists. From kieth ellison and his buddy tom perez to john brennan and susan rice. Screws loose there in all of these liars. Plus in most of the democrat terrorist followers. It will come to an end! jerry natler, adam schliff, eric smallwell, camel harris, mad maxine, shotgun joe, crooked hillary, and of course bill. They are zero credibility, liars, cheats, and generally isis, comrades, illegals, and terrorists wrapped into one. We are so lucky to have a President who is America first! A president who has created JOBS. A president who has lowered taxes for EVERYONE. A president that has renegotiated trade deals. A President who has unified the country. A President who has exposed the criminal, corrupt politicians (mostly democrats). AND many more positive changes. He has done more in two years than any President in history!!!! MAGA every minute of every day he is in office!