After spending several years in a Kenyan refugee camp, Ilhan and her family arrived in the United States.

"It was March, and cold out. The clothing we brought from Africa wasn't warm enough, so we went to the Goodwill to get coats and other things. That was fun."

"On the first day of school, when I got off the bus, I immediately slipped on the ice and fell on my butt. I hurt myself, and the other kids laughed. It was bad."

"All I knew how to say in English was 'Hello' and 'Shutup'. As one might imagine, it wasn't easy navigating what Americans called middle school with only those two phrases."

"I got a quick walk-through of the school by an administrator, including where I was to be picked up and dropped off by the school bus."

"I was overly excited about going to school, because I hadn't been in such a long time. I was looking forward to having structure to my day, as with America itself."

"My first week was very bad. When we got off the bus, most of the kids went inside to the cafeteria. I didn't realize I could go inside, too, because that hadn't been part of my walk-through instructions. Afraid of looking like a fool, and not knowing English, I waited outside for the bell to ring. I would sit outside in the rain, cold and snow until one day a security gaurd came over and led me inside to the cafeteria. He brought me to the food line. I followed the line and picked out what I now know to be French toast, which was delicious.

That was a moment of kindness in what was otherwise a really rough couple of months."

"One day someone pushed me from behind while I was walking down the stairs. Catching my self on the banister, I didn't fall. I demanded to know who pushed me. Kids pointed to a boy ducking away. I couldn't let this act of aggression go unchecked. Today he pushed me and I just stumbled. Tomorrow, though, he'd push me again and I would fall. And the next day? I had to set boundaries.

I was hauled into the principle's office for fighting the boy."

"Dad imposed a rigorous system at home where we all had to speak English to one another, no matter how painful it was. Much of the English I learned was by constantly watching TV. Baywatch was my favorite show."

"My teachers liked me. In my yearbook from the end of that year, my teacher wrote: 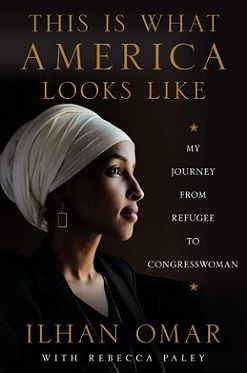 Amazing what patriotism and competence can do. 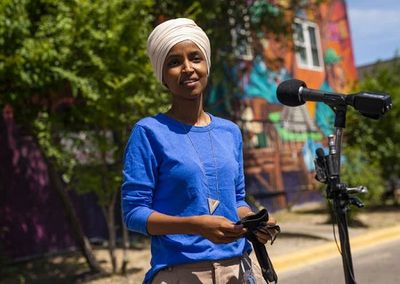 Ilhan Omar beat back a well-funded primary challenger on Tuesday in Minneapolis, virtually guaranteeing a second term in Congress.

Antone Melton-Meaux had raised millions of dollars for a campaign fueled in large part by dislike of Omar, one of first Muslim women in Congress and a member of the so-called “Squad” of Democratic women of color.

Two other members of the Squad, Reps. Alexandria Ocasio-Cortez and Rashida Tlaib, also won high-profile primaries — both by significant margins.

But in Minneapolis, Omar’s race had appeared to tighten significantly:

Omar’s campaign had emphasized her progressive credentials in Congress — an important factor in her district in Minneapolis, one of the deepest blue areas in the country.

“To be the only member in Congress that comes from a country that is currently on the president’s Muslim ban — I did not expect there to be a red carpet welcome situation.”

Her re-election slogan, “Send Her Back — to Congress,” evoked the racist remarks by President Donald Trump, who said he believed she and other members of the Squad should “go back” to where they came from.

According to Decision Desk, Omar beat Melton-Meaux 57% - 40% with 90% of the votes counted.
Three other candidates were on the ballot but none of them received more than two percent of the vote. 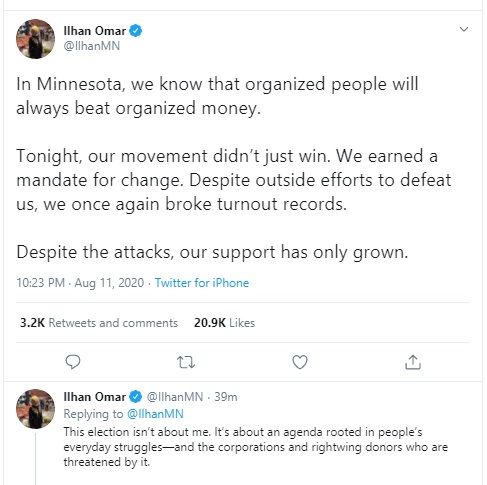 Report Inappropriate Content
1
Kudos
223
Views
2
Replies
Reply
1 Kudo
Turn on suggestions
Auto-suggest helps you quickly narrow down your search results by suggesting possible matches as you type.
Showing results for
Show  only  | Search instead for
Did you mean:
Users
Announcements