How Sad It Must Be

Trump is from NYC.

He was born a millionaire.

His personal lawyer is in prison.

Trump was a democrat who contributed to Hillary Clinton's senate campaign.

The more you look at Trump the more you see everything conservatives profess to hate.

It's truly is Sad... That people actually think this Bankrupted Baron of New York is America's Greatest Hope.

Verifying the belief that Trump is the world's biggest con artist!

It is truly Sad... That people actually think this Bankrupted Baron of New York is America's Greatest Hope.

How Sad It Must Be 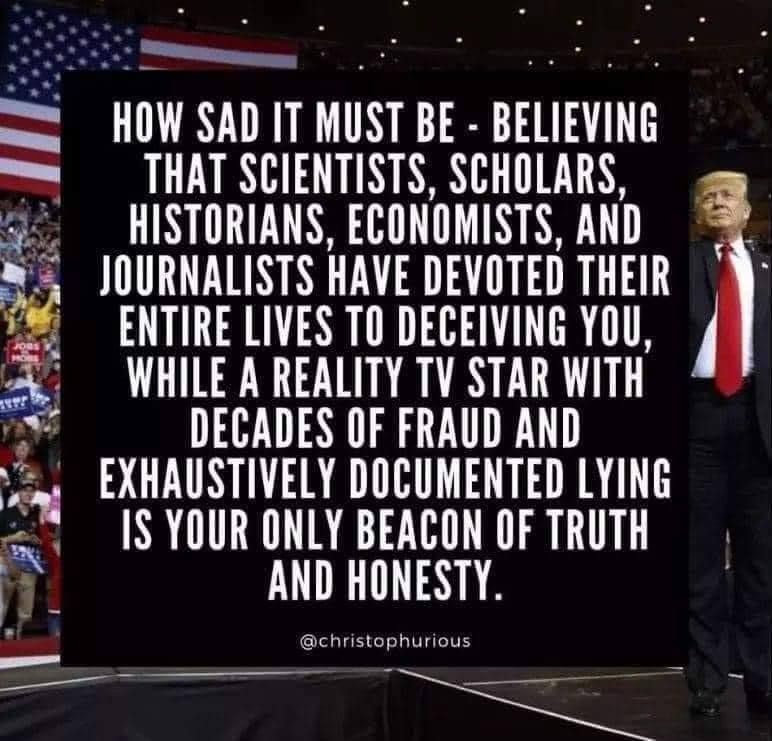 Man learns from history that man learns nothing from history.
Report Inappropriate Content
6
Kudos
344
Views
3
Replies
Reply
6 Kudos
Turn on suggestions
Auto-suggest helps you quickly narrow down your search results by suggesting possible matches as you type.
Showing results for
Show  only  | Search instead for
Did you mean:
Users
Announcements