How Republicans Deny People Their Right To Vote

I love that Conservatives try to make this a LEFT/RIGHT issue while everyone knows it is an ISSUE related to RACE, pure and simple.

It IS a left/right issue and nothing to do with race but are the libs saying that blacks aren't able to think for themselves and get id while whites can? Boy, what a racist thought. It is a racist thought, NOT and you just created it all yourself....Fraud is the issue the lack of fraud is the issue......and has nothing to do with race except to the libs.  Since there is so little fraud, why make it an issue at all. 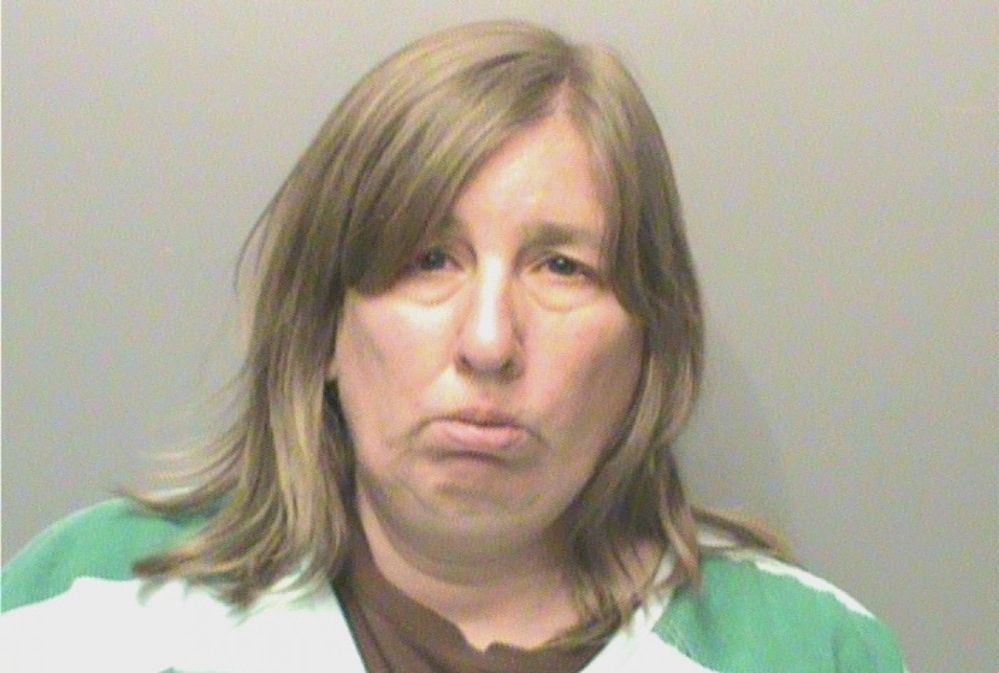 A woman in Iowa was arrested this week on suspicion of voting twice in the general election, court and police records show.

Terri Lynn Rote, a 55-year-old Des Moines resident, was booked Thursday on a first-degree charge of election misconduct, according to Polk County Jail records. The charge is considered a Class D felony under Iowa state law.

Rote was released Friday after posting $5,000 bond. A preliminary hearing is scheduled for Nov. 7.

The Des Moines Register reported that Rote is a registered Republican who cast two ballots in the general election: an early-voting ballot at the Polk County Election Office and another at a county satellite voting location, according to police records.

Rote hadn’t planned on voting twice but said it was “a spur-of-the-moment thing” when she walked by the satellite voting location, she told The Washington Post in a phone interview Saturday.

“I don’t know what came over me,” Rote said.

She added she has been a supporter of Donald Trump since early in his campaign, after Republican candidate Mike Huckabee dropped out of the primary race.

Rote told Iowa Public Radio that she cast her first ballot for Trump but feared it would be changed to a vote for Hillary Clinton.

“The polls are rigged,” Rote told the radio station.

Leigh Munsil, an editor for the Blaze, noted on Twitter that Rote was the same woman who had caucused for Trump earlier this year.

The left says there is no fraud yet they are against any id used at the polls. They accept ids to get a license, at the bank, at the grocery store, at the doctor, when applying for a passport, but where it counts (at the ballot box), they snub their noses at cheating, saying "it doesn't happen". It should be the law of the land!

I love that Conservatives try to make this a LEFT/RIGHT issue while everyone knows it is an ISSUE related to RACE, pure and simple.

Voting is NOT A RIGHT promised in THE CONSTITUTION; yet, amendments to the document do address the restriction of one's ability to vote based on factors such as race, sex, and other factors.

It is clear that those who favor IDENTIFICATION CARDS are favoring those cards to infringe on the access certain groups have to exercise their voice through their vote.

The same arguments were used for POLL TAXES and LITERACY TESTS.

Comparing one's access to vote to one's ability to get a driver's license, use a bank, or get special discounts at a grocery store because you have a "reward card" is but a straw argument used by those attempting to restrict one specific group from exercising their vote.

As it is REPUBLICANS who are making this an issue, and since only 7% of BLACKS identify themselves as REPUBLICANS, it is quite clear to whom these ID LAWS are directed.

It is just another RACIST move made during an ADMINISTRATION that is friendly to those in the RACIST MOVEMENT.

There PROBABLY is a RACIAL component in THIS. The DEMS think they OWN blacks through dependency PROGRAMS Another intellectually dishonest statement.......just more bumper sticker comment that is NOT based in fact. coming from the side that prefers to limit rights and freedoms, though they claim they are about "Liberty"  Bawahahahaha.......and want TO GET as many involved PROPERLY registered OR not.  Oh, I hear Limblah make the same false statement quite often.  It's one of Limblah's usual divisive lies preached and perpetuated by Rush Limblah nearly everyday. White-trash radio..... Ok readers please note who has clearly demonstrated they are NOT "seeing people as people" as they frequently claim....and is perpetuating the politics of division.

It is STRANGE that some SEEM to THINK that gerrymandering WAS invented just Last year.  So, you support Gerrymandering or just when the Repubs do it?

It's an un-necessary fix for a non-existent problem. It's doing something for no reason

I agree with the first part, but Republicans aren't blocking the polls for no reason, and this didn't just happen, this was an organized multiple state plan to block the polls.

So why bock the polls?

To discourage or outright deny citizens the right to vote.

It's not just voter ID laws either, absentee ballots are disqualified based on the amateur hand writing analysis of an election worker.

Voters are purged from the voting registers.

Voting places are closed in the " opposition " areas.

There are not enough polling places in " opposition " districts, creating long lines.

Dirty tricks, like robo calls telling people to be sure to turn out to vote, after the election has taken place.

Democracy is under attack.

Great post gruff and so true!!!  Many call it "soft racism" or "passive racism".  I wonder what the op-ed poster thinks of THOSE rules.....

They gotta do what they can to "keep the fascist dictator in place.....

Let's amend federal and state constitutions to allow people to cast a number of votes for each candidate equal to the product of their IQ and age.  Then we could allow two year olds and felons to vote.  Okay?

Sure!  That would cancel out most all the votes placed by many Cons posting here.....   LOL!

Hold up. If there is no voter fraud, then it cannot be stopped. In your scenario, then, there cannot be obstruction.  Case closed.  C ya.

There is no voter fraud because the tried and true voter registration process stops it before it can happen.

Only states controlled by Republicans have voter ID laws, but somehow we don't have voter fraud at a national level.

How do you explain that?

How do you explain that ONLY Democrats are against any laws that deter fraud?

The same way only Repubs support a "fraud" for President and won't investigate him.... 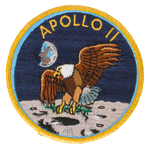 ~~~
Start every day with a smile and get it over with.
Report Inappropriate Content
0
Kudos
311
Views
Reply
0 Kudos
Highlighted

What those individuals seem to willfully ignore is to consider what if that happened to them.   What if they lacked a private vehicle and public transportation did not reach a polling site.     What if the State has set up nonsense rules that can disqualify people from voting...and those rules affected them and because the State made the rule, there is zero way to correct the problem ( exact match voting laws).        Those who seem unable to comprehend those rules, are pitiful.     The gambit is bs, because it does not stop any other sort of "fraud" that requires massive amounts of ID - except voting.   The individual can still buy property and guns and the same "problem" is ignored.

There PROBABLY is a RACIAL component in THIS.

The DEMS think they OWN blacks through dependency PROGRAMS and want TO GET as many involved PROPERLY registered OR not.

I find it quite sad that you still believe that BLACK PEOPLE can't think for themselves.

Using phrases like "THE DEMS THINK THEY OWN BLACKS....." not only is incorrect on its face but is a RACIST phrase IN ITSELF.

Do you not think that BLACK VOTERS can THINK FOR THEMSELVES?

If the REPUBLICAN PARTY was more WELCOMING to BLACK VOTERS; don't you think that BLACK VOTERS would comprise more than 7% of those that identify as REPUBLICANS.

By your comment above, it sounds like you think that BLACK VOTERS just go to the PARTY that is the HIGHEST BIDDER.

The comment is not racist. The Dems concept that blacks are incapable of "making it" on their own and must have special, race based programs is racist.

Once again, you fail to see that your argument has its origin in RACISM.

You keep saying THE DEMOCRATS think BLACKS are incapable of making it "ON THEIR OWN" but nowhere and I mean nowhere do you mention what BLACKS THEMSELVES think.

Based on your comments above, you think BLACK VOTERS are paid for with "SPECIAL RACE BASED PROGRAMS" as you call them.

Based on your comments above, you obviously think that BLACK VOTERS owe their allegiance to the party that gives them "DEPENDENCY PROGRAMS" rather than voting based on their own personal beliefs

Pols promise people stuff in the hope of getting their votes. Is there something new in that?? Only a person who sees the whole world through the leftwing prism of racism would see a problem in that.

Isn’t it interesting that fair treatment would be considered a special privilege!

Voting as a citizen is a privilege that we should hold dear and respect. But having the right to vote should not be determined by the color of your skin. If you are an American citizen, then you have the right to vote. And no one else has the right to prohibit you from voting.

Fair treatment applies to all citizens.

Agreed - if, for example, photo IDs are the rule, they should apply to everyone regardless of race.

Read The Color of Law, and you’ll see why.

It shows how government actions that treat people differently leads to discrimination. As an example, the well intended "War on Poverty" all too often destroyed the black family and led to generations of children raised in single parent homes with the understanding that there was no way out.

Schools are another example where some say, "Spend more money" where the problem is that a student who studies is thought of as "trying to pass for white" - the mindset of "only whites study". That cannot be fixed by spending more money or by blaming history or someone else.

Report Inappropriate Content
0
Kudos
305
Views
Reply
0 Kudos
Turn on suggestions
Auto-suggest helps you quickly narrow down your search results by suggesting possible matches as you type.
Showing results for
Search instead for
Did you mean:
Users
Announcements