Well, the Democrats will NOT be silenced by the lies and rhetoric of the Trumplican party or their frothy-mouth leader!

@KidBoy2 wrote:
Hillary Clinton: "Civility Can Start Again" When Democrats Take The House And Or The Senate

Why do them uncivil Democrats act like our very civil Republicans? Does the right have anything besides whining that their feelings are being hurt?

jimc91:  Anyone else notice how every time Hillary opens her mouth she offends half of the country?

I've noticed that Hillary has been living rent free in conservative's heads since at least 1992.

Yep! She's been living in conservative's heads rent free and totally alone 'cause when she turned the key, she found absolutely nobody home!

KidBoy2:
The Democrats are becoming the party of civil discord ... they have no respect for people that disagree with them.

@KidBoy2 wrote:
Hillary Clinton: "Civility Can Start Again" When Democrats Take The House And Or The Senate

You may be correct but Republicans are becoming the party of lies and disinformation AS EVIDENCED BY THE SUBJECT OF THIS THREAD VS THE ACTUAL MEME. How can they twist words like this and still face the mirror every morning? Oh right, Because they learn from Trump.

284 Views
Message 37 of 89
Hillary Clinton: "Civility Can Start Again" When Democrats Take The House And Or The Senate 285 Views
Message 38 of 89
I didn't see her say this, but I believe she most likely did and it was taken out of context.

The only positive thing that I can say about Clinton is the fact that if she would have won. we wouldn't have had to worry about the Supreme Court.

I am surprised to see and not understand that people that voted in the last elections weren't able to see the consequences that would happen if a Republican got elected.

I cannot understand the lack of knowledge that this situation which was as clear as anything that I have seen, didn't bother or even was considered by the voters.

Didn't they know that having a President, and the Senate and the HOuse in the hands of one political party, was the worse thing that could happen to this country?

Didn't they realized what could happen if the Republicans had the Presidency , the Senate and the HOuse.?

Didn't voters had the brains to understand the consequences of that action?

This is not a matter of Trump or Hillary this is a matter of the complete erosion of out Democratic system and I still see that not many have any understanding of any of this.

Hilary is the mouse. Lol 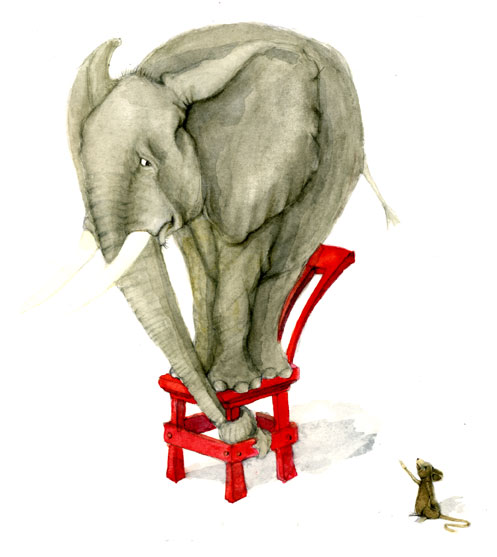 @NOTHAPPENING From here too.

While on our trip (read: staying in hotels) we watched a variety of new channels reporting Hillary's comment. 'Twas eye-opening to actually watch news (we have no TV, and so are not subjected to the spin of either side) and beyond amusing --not to mention head scratching-- to see actual video of the left behaving badly, and then justifying it, and then apparently believing their patter.

As much as we are disgusted with their childish anti-America behavior, we actually hope this whining; pounding on chamber doors; endless protesting in the streets; and now officially calling for bad behavior gig they have going on continues all the way into the next presidential election cycle. This would have to be as good for our side as it would be devastating for the Dems, no?

To be clear: I am NOT calling for more people being physically harmed, as have numerous Republican reps / Trump voters / Trump supporters. However regarding, the unhinged left's disregard for our constitution, their willingness to throw temper tantrums, toss around easily disproved salacious allegations and to plot coups, well, I just hope they never come to see themselves as the elephant in this image.

"No civility possible until" the left wins, eh? OK fine, they can be the suicidal political party. I have front row season tickets to their demise.

reminding herself to buy popcorn

"The key to success is to keep growing in all areas of life - mental, emotional, spiritual, as well as physical." Julius Erving
Report Inappropriate Content
1
Kudos
307
Views
Reply
1 Kudo
Turn on suggestions
Auto-suggest helps you quickly narrow down your search results by suggesting possible matches as you type.
Showing results for
Search instead for
Did you mean:
Users
Top Authors
View all