Re: Hey Trump Check This Out - Walls Don't Work

"Walls worked" as an excellent mount for drug slinging catapults .... 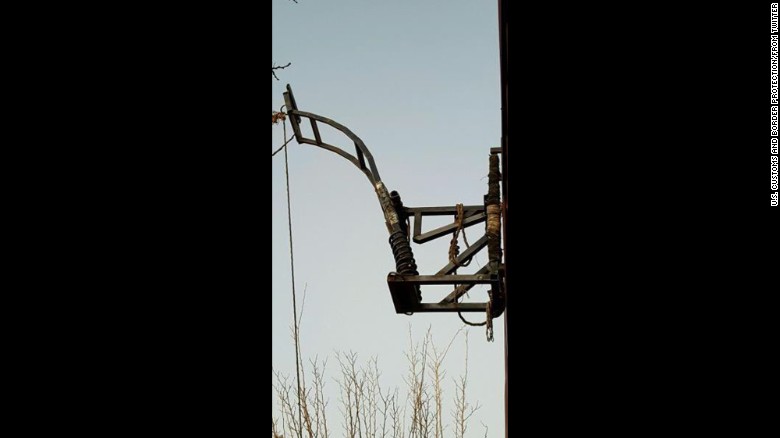 Border Patrol agents in Douglas, Arizona, dismantled a drug-hurling catapult found on the border fence between the U.S. and Mexico.
.... So much for Trump's walls stopping illegal drug entry into our country!

Re: Hey Trump Check This Out - Walls Don't Work

"Walls worked" as an excellent mount for drug slinging catapults .... (CNN)Federal authorities seized about 16½ tons of cocaine Tuesday from a large ship at the Packer Marine Terminal in Philadelphia, prosecutors said.

Members of the ship's crew were arrested and federally charged. The investigation is ongoing, said a tweet form US Attorney's Office for the Eastern District of Pennsylvania.
It's the largest seizure in the district's history, the office said.
The drugs were found inside eight containers on a cargo ship, according to CNN affiliate WPVI.
A kilogram of cocaine sells for about $28,000, according to the UN Office on Drugs and Crime's 2016 estimate. At that price, sold by the kilo, the drugs would be worth more than $419 million.
The US Attorney's Office estimates the street value at more than $1 billion.
The seizure comes on the heels of several major busts at the Port of Philadelphia, located about 8 miles up the Delaware River from the Packer Marine Terminal.
Among them were seizures of
450 kilograms of cocaine in May,
538 kilos of cocaine in March and
50 kilos of the powerful opioid, fentanyl, in July, WPVI reported.
Source - https://www.cnn.com/2019/06/18/us/philadelphia-cocaine-bust/index.html

Report Inappropriate Content
2
Kudos
132
Views
2
Replies
Reply
2 Kudos
Turn on suggestions
Auto-suggest helps you quickly narrow down your search results by suggesting possible matches as you type.
Showing results for
Search instead for
Did you mean:
Users
Top Authors
View all