More hilarity...and arrests - this time in West Texas.    A bar owner decided they did not agree with Gov. Abbott call to keep bars closed....   so a bunch of boys with toys were located to come in for cash and make a stand "for the little lady"

Hilariously, some one made a FB event:  need to open a bar so they could feed the kids - really?

To ignore race allows racism to continue.   Those who are silent are complicit.

It's a significant detail -- almost all white men who protest -- when they are the numerical minority in America.  Do you think African Americans would feel welcome at a protest with confederate flags?  Or Jewish Americans where there are references to Nazi propaganda, or women or people of color where the Proud Boys take up space?

No.  The protesters should have run off the racists....you know....if they actually cared about ending racism.

Not to bring race up..wink! wink!...but these groups look extremely white, don’t they. And looks like a lot of trump paraphernalia, cross z’s, con flags, guns.

You just had to bring up race....that says a lot.

" And looks like a lot of trump paraphernalia, cross z’s, con flags, guns." Say what? Can you explain?

The hatred, bitterness and negativity from the left never seems to quit...  Must be a miserable way live...

Well, it was "the right" that waved Confederate flags, Swastikas and nooses.

The Swastika and noose a symbol of "hatred".

The Confederate flag a symbol of "bitterness" and "negativity" ... AND TREASON!

As such, your comment is obviously misdirected and clearly pertains to "the right"!

The hatred, bitterness and negativity from the left never seems to quit...  Must be a miserable way live...

Back to the garden, there is always work to do that’s good for the soul and body.

If we could arrange for those protestors to ONLY come into contact with each other, I say we open EVERYTHING for them, and by November, there'll not be a single Michigan vote for tRump because there won't be a single voter left who's that dumb.

But alas, the morons won't stick that closely together, so like disgruntled parents, the sane adults will have to remain in charge and keep the rest of us from heading over the cliff tRump is chasing his supporters toward.

Those men look serious and are exercising their 2nd Amendment right.  Does that make you angry?

Actually, the clown on the far right was committing a crime by brandishing his assault rifle!

And these same type of threatening clowns were also waving Confederate flags, Swastikas and nooses. What does any of that have to do with "exercising the 2nd Amendment"?

These clowns are nothing but admitted traitors, hate mongers and racists as clearly shown by their display of:

They neither make me angry nor intimidate me. The look serious? LOL They look like idiots. They're genetic mistakes. No matter how many guns these "patriots" have they couldn't whip a few Eagle Scouts armed with Swiss Army knives. You know, the ones with the corkscrews and nail files.

I'd like to invite them for a walk with me from Alphabet City to Washington Heights. I've taken it many times, my only weapons are hiking boots and I've never had a speck of trouble.

Oh, they're free to bring those rebel flags with them if they like but I'll be walking a long way from them if they do.

Here are some for you. 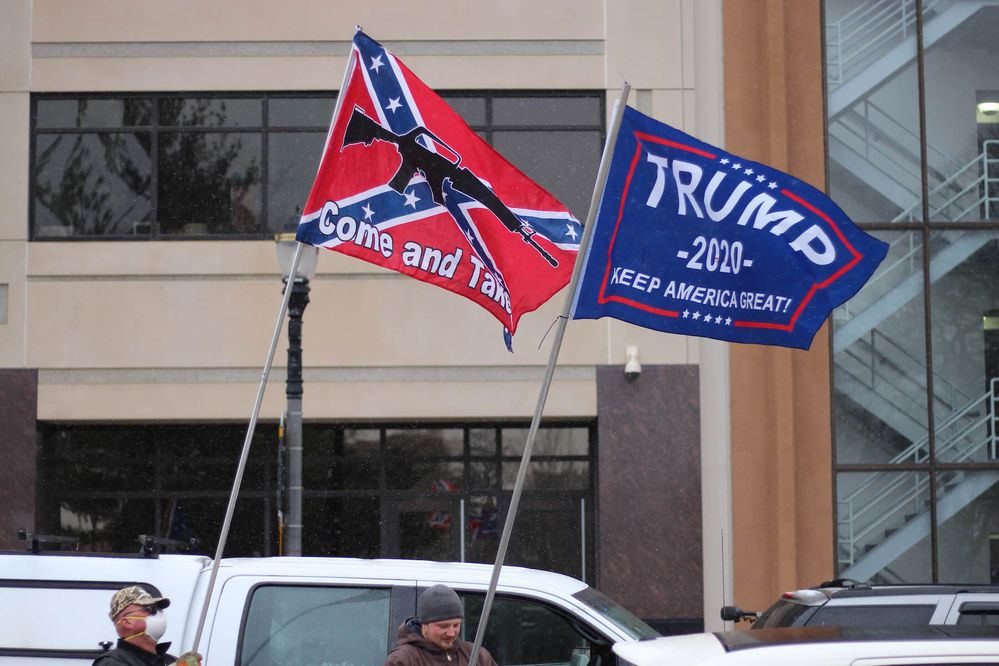 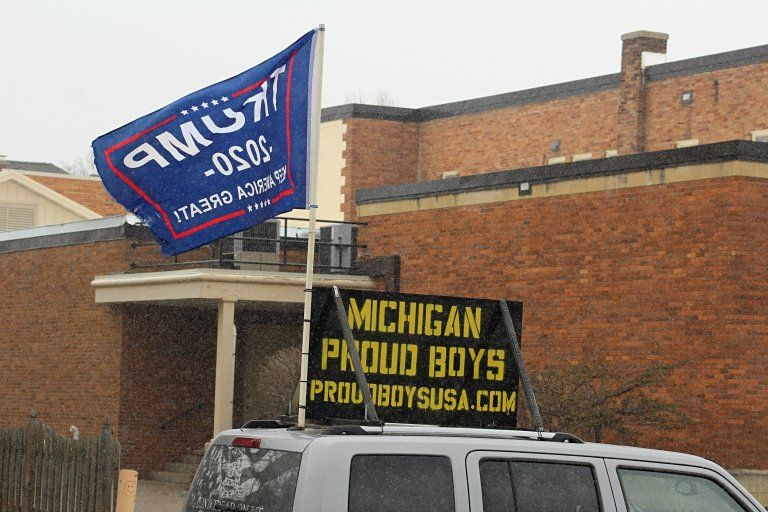 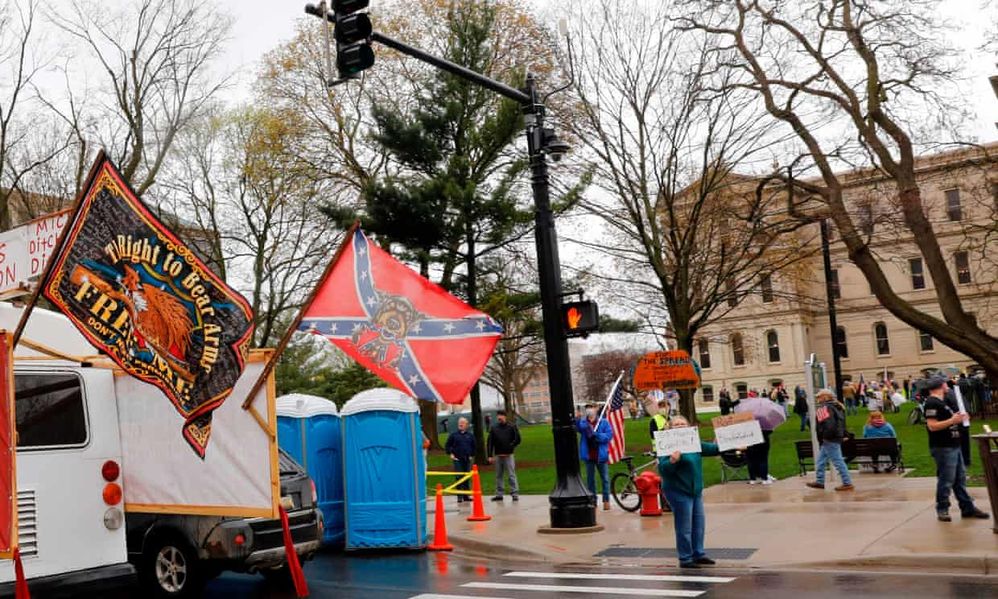 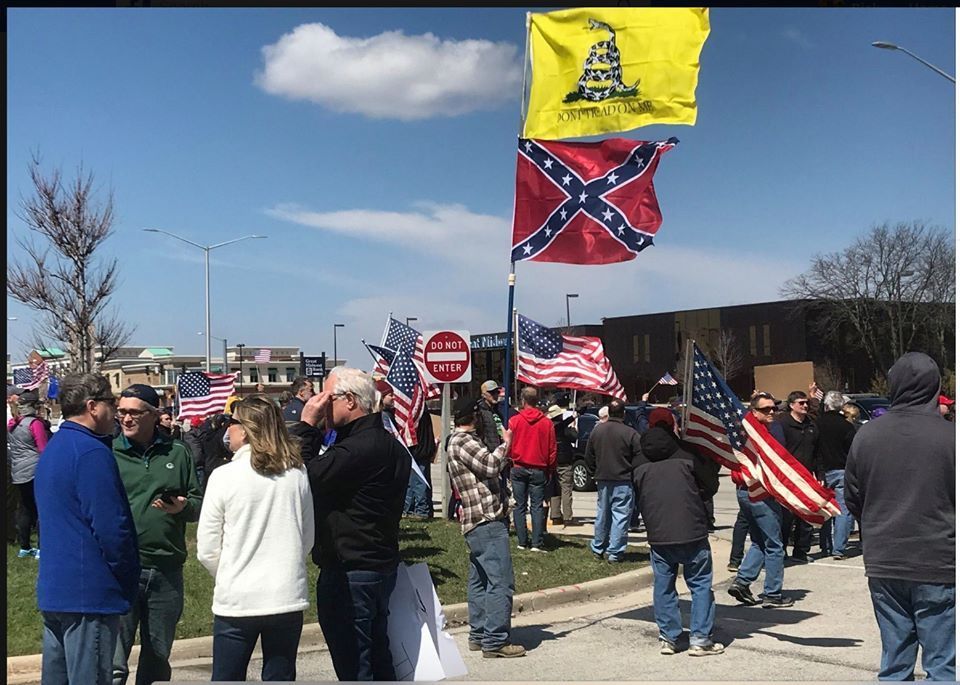 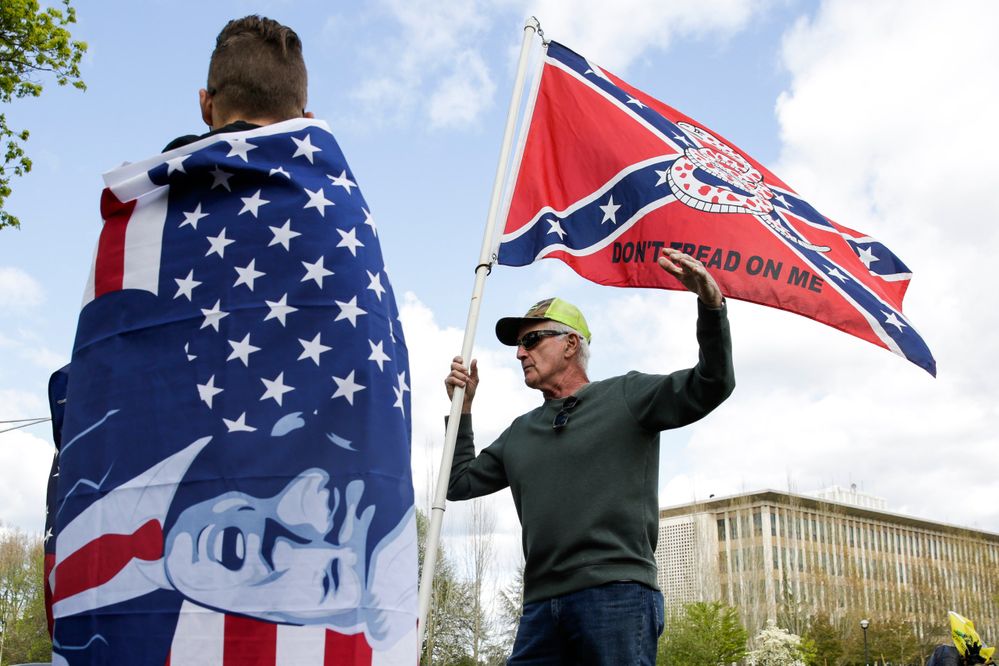 There is at least one Reb. leader in the Mich. legislature who tells us that the Mich. armed irregulars should not have been allowed at the State Capitol. It seem per him there are a number of these groups in the State. There groups function as Trump brown shirts, the same as the KKK and other far right armed  groups do in other States. All Dictators need  groups like this as they take power. Hitler had his brown shirts and they did the same things for him.

Report Inappropriate Content
2
Kudos
311
Views
Reply
2 Kudos
Turn on suggestions
Auto-suggest helps you quickly narrow down your search results by suggesting possible matches as you type.
Showing results for
Show  only  | Search instead for
Did you mean:
Users
Announcements