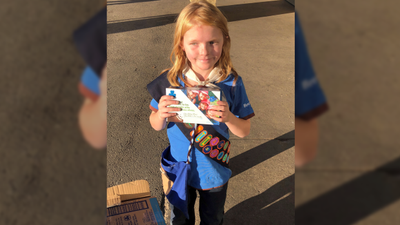 October 18, 2018
The Canadian Press - EDMONTON -- She's being called one smart cookie.
As people lined up to buy cannabis at one of six Edmonton cannabis stores that opened Wednesday, a small entrepreneur stood ready to capitalize.

"We've sold cookies in the neighbourhood before with her and it's door to door. People aren't home. There's dogs and everything else," said her father, Seann Childs. "We thought, 'Where can we go to sell them?'

When she got home from school, she grabbed some change from her piggybank.

She and her dad loaded up a wagon with three cases of Girl Guide cookies and they walked to the nearby cannabis store.

She started walking up and down the lineup.
"It was well received," said Childs.
"People thought it was awesome. There were people telling her she was very innovative."

Childs said he expected it to go well, but he never thought they would sell out in 45 minutes.

"We were sold out in no time."

Report Inappropriate Content
1
Kudos
144
Views
0
Replies
Reply
1 Kudo
Turn on suggestions
Auto-suggest helps you quickly narrow down your search results by suggesting possible matches as you type.
Showing results for
Search instead for
Did you mean:
Users
Announcements