"I Can't Imagine Anybody Could Be Doing More" sad news for the folks who cultivate hate.....who would know better than Dr. Fauci ? 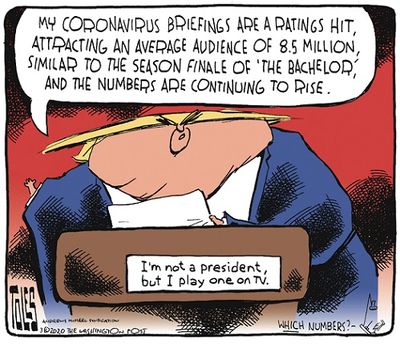 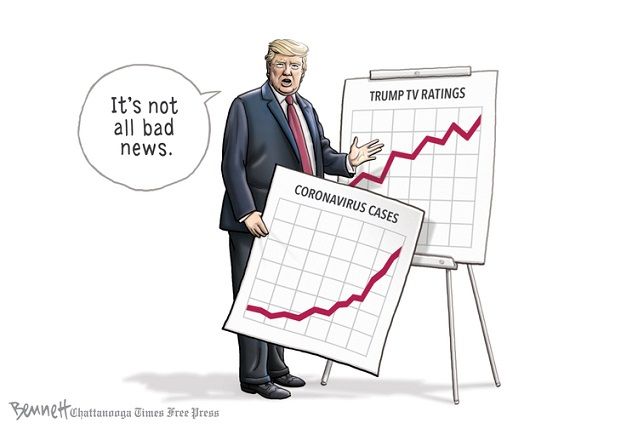 Approval is the enemy in the mind of the dems and condemnation is their tool of liberal tools. Lies and made up stuff is in their tool box.

Positive affirmation is now the bastion of Americans who support truth and facts.

This is driving the never Trumpers and liberal dimms absolutely crazy...

The President is doing exactly what he said he would do during the campaign, Refreshing action from a non politician.

LouD:  LOL This is an example of the chop-logic mental gymnastics it takes to be a Trumpette.

Exactly what I was thinking.....do you notice they can't recognize that?

Congratulations snowflake. you finally got about 45% approval but it is not expected to last.

Trump has hit his highest approval rating since becoming president – 47%, according to an average of the polls. That's an increase of nearly 3 points over the last two weeks.

On Trump's handling of the pandemic, Gallup found 60% of American adults approve. A Fox News poll out Thursday found it lower, at 51%. Reuters/Ipsos and Economist/YouGov polls similarly had it at 49%.

Those are all increases from two weeks ago, when the NPR/PBS NewsHour/Marist poll found 44% approved of his response to the crisis.

It's possible current polling is a lagging indicator from Trump publicly taking the virus more seriously than he had been previously. Surveys so far largely aren't reflecting Trump's pivot this week to suggesting he wants to reopen the economy within weeks.

Regardless, the 3-point increase in his approval rating so far is not much of a bump, certainly not the kind of increase other presidents have seen in other rally-around-the-flag moments, pollsters say.

"We're seeing although his numbers have inched up, it's still roughly in his zone of support," said Lee Miringoff, director of the Marist College Institute for Public Opinion, which conducts polling for NPR. "Look, he's not getting the rally-around-the-president [effect] that presidents in crisis have gotten.

And the media gets a rasberry:

IS   there really   60% of the public who are  really confused and the  virus infected their brain ?   Maybe the POLL is fixed like everything else the republicans try to adjust in order to support this devious president who is short on facts.

Let's not forget 73% of Americans supported the great blunder known as the "Iraq War". 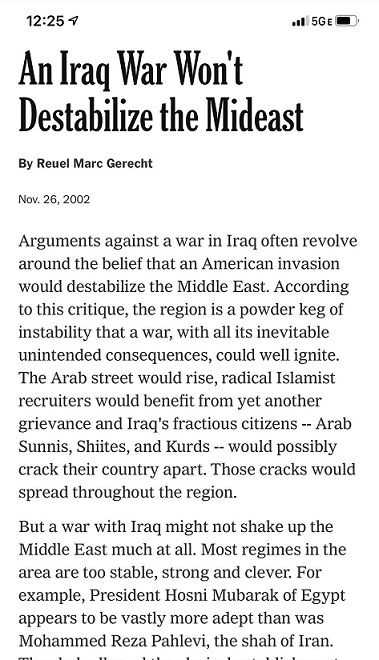 Mubarak war removed when the Egyptian people rose up against him.E

IS   there really   60% of the public who are  really confused and the  virus infected their brain ?   Maybe the POLL is fixed like everything else the republicans try to adjust in order to support this devious president who is short on facts.

I want to believe that many Americans aren't fooled but we cannot wait for history to sort it out....cause of November. .

Report Inappropriate Content
0
Kudos
459
Views
Reply
0 Kudos
Turn on suggestions
Auto-suggest helps you quickly narrow down your search results by suggesting possible matches as you type.
Showing results for
Show  only  | Search instead for
Did you mean:
Users
Announcements