'We are seeing an incredibly diverse field of women and men and we're very proud of that,' says Rep. Brooks, the NRCC's recruitment chair

During the 100th anniversary of women's suffrage in America, Republicans are trying to make a statement with their slate of congressional candidates.

Rep. Susan Brooks (R-Ind.), recruitment chair for the National Republican Congressional Committee, and Parker Hamilton Poling, executive director of the NRCC, said the GOP has its most diverse field of congressional candidates on record in this election cycle.

The GOP needs to pick up 17 seats to regain the majority in the House. There are currently 233 Democrats, 197 Republicans and 4 vacant seats in the House. According to the NRCC, 223 Republican women are running in House races for 2020.

"I'm really proud of this," Brooks said at a Wednesday evening discussion on female 2020 Republican congressional candidates organized by American University. "We have 187 people of color who have filed. Stephanie Bice is Iranian American. Maria Salazar from Florida, I believe, is Cuban-American."

"Korean-Americans, Chinese-Americans — we are seeing an incredibly diverse field of women and men, and we're very proud of that," said Brooks. "They want to be a part of the Republican Party. They see a place for [themselves] in the Republican Party. Now we need to get them elected so that the rest of America can see that our party reflects ideals of people of all races."

Poling said the GOP has set a record for the most female, minority, and military veteran candidates running as Republicans this cycle.

"We are not just breaking the record on the number of women candidates filed," she said. "We've also broken, as far as we can tell, records on the number of minority candidates and the number of veterans who have filed. So we are really striving to have a conference that looks like the districts that we represent. So it's been really successful this cycle, and we're excited to see more folks like Mike Garcia, who just got elected in California.”

Brooks was asked if she is seeing a trend in the GOP primary races that women have won so far.

“A lot of these women have had other elected positions like lieutenant governor ... like having been a mayor, like being a state rep,” she said. “We’re building a farm team at the state and local levels, and we’re really trying to get some of those women with incredible experience to step forward and be our nominee.”

I think the regressives are implying that the rest of the country can't count. Let's try to count the number of GOP Congressional and Senate members who are not white........ONE,,,,,,,,,,,

Well, THAT was easy.

Nothings changed other than an article where someone made unproven claims. The fact is Trump is the head of an ALL WHITE REPUBLICAN PARTY! If and when that officially changes, let us know. 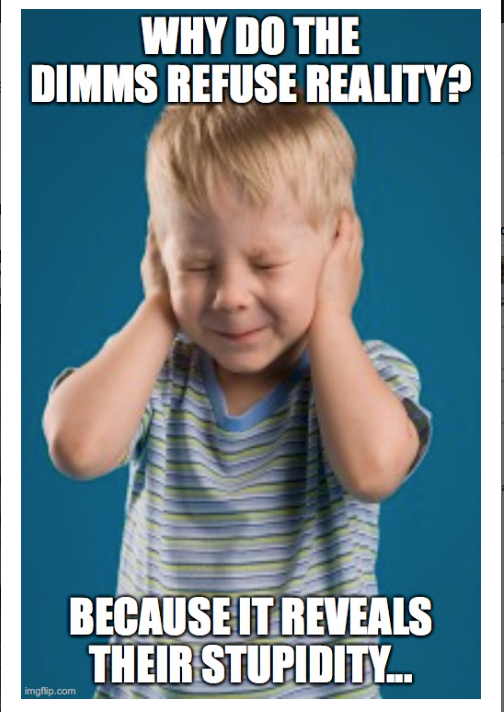 Because he represent who they are.

Hey,  I found one black that defends Trump.

I have delted the link, it is not appropriate  in this message board.

I   apologize for the use of obcenities  that I cannot take out from this link.  The only thing that I see with this comments, that he mentions Globalization as the primary fault that he sees in our politics. Globalization. I looks to me that he has seen that word for the first time and now is speaking about it.

Want the racial breakdown? I didn't think so.

The GOP is "showcasing" just how much they care about minorities...blacks, Hispanics and Asians have nearly 50% higher unemployment rates than whites.  Showcase THAT GOP!!!

Things are changing within the GOP and it appears to irritate liberal dimms...

We have an election in November and American voters have a decision to make.

Let's see....the GOP couldn't agree to ban lynchings and fought against the legislation.  What's up with that Jim?

Let's see the GOP change and actually support the Constitution/Bill of Rights and "Justice for All".....that would be a GREAT start.  Ya think?

When you only need two to have a "record number", I would say you are starting out with a problem. This is like that happy picture of all the GOP interns and everyone noticing how snowy white they all were.

When your party only has one representative of color in their entire Congressional delegation, it is not hard to have a "record number".

When your party only has one representative of color in their entire Congressional delegation, it is not hard to have a "record number".

Sure sounds like trumps fixation on the term, "RECORD NUMBER"


"FAKE 45 #illegitimate" read a sign at the Woman's March in DC, 1/27/2017
2 Kudos
384 Views
0
Share
Report
Reply
Turn on suggestions
Auto-suggest helps you quickly narrow down your search results by suggesting possible matches as you type.
Showing results for
Show  only  | Search instead for
Did you mean:
Users
Announcements