@Cshell77 wrote:
Don't know who is 'watchin the watcher' (AARP content moderator/mgr) but why even entertain this (article)? Expect better, AARP........
😞

The quotes are accurate

The GOP Candidate is making Racist Comments & she even admitted it

@Cshell77 wrote:
Don't know who is 'watchin the watcher' (AARP content moderator/mgr) but why even entertain this (article)? Expect better, AARP........
😞

Posting comments about any of the actions of any of the moderators is strictly prohibited by both TOS and GUIDELINES.... 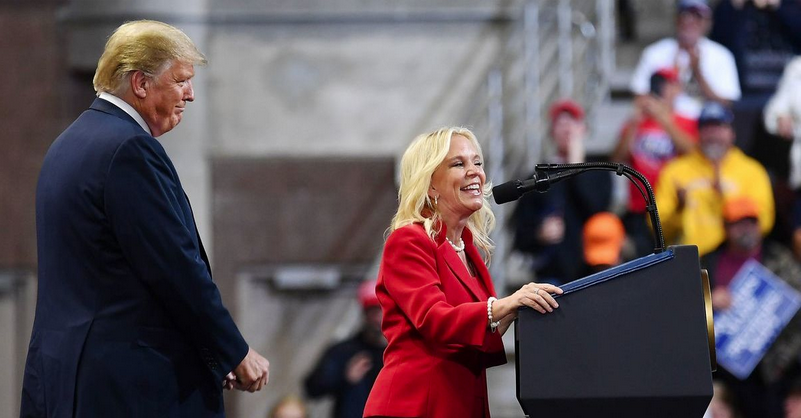 A Republican U.S. Senate candidate in Minnesota once compared Michelle Obama to a chimpanzee in a post on social media.

According to HuffPost, GOP candidate Karin Housley made the comparison in an attempt to attack the former first lady’s posture when Obama met with Queen Elizabeth II of England in 2009.

Michelle is sooooo far from cool. Don’t we expect our First Ladies to at least stand up straight? (And my dear sister, know the proper etiquette and DO NOT TOUCH THE QUEEN!)

Later on, Housley mused about the past in the comment thread on her own post. She wrote:

I do miss Nancy Reagan. Ronald even more. Speaking of Bedtime for Bonzo, I think even that chimp stood up straighter than Michelle.

“Uh-oh,” she wrote, “someone is going to make a comment.”

In another comment on her original Facebook post, Housley wrote, “The flowers should be in bloom! Bring Michelle a bouquet, oh wait, she’s started her own garden…and [sic] organic one.

Just bring her a gift certificate to White House Black Market. I’m crackin’ myself up.”

Report Inappropriate Content
2
Kudos
203
Views
3
Replies
Reply
2 Kudos
Turn on suggestions
Auto-suggest helps you quickly narrow down your search results by suggesting possible matches as you type.
Showing results for
Show  only  | Search instead for
Did you mean:
Users
Announcements