mickstuder
Honored Social Butterfly
3
Kudos
158
Views
158 Views
Message 2 of 3
What convinced Trump -- despite lots of evidence that seems to suggest the Saudi government lured Khashoggi, a critic of that government, to their embassy in Istanbul? The king denied it. Very strongly.
"He firmly denies that," Trump told reporters before heading to Florida and Georgia to inspect damage from Hurricane Michael. "The King firmly denied any knowledge of it."
Added Trump: "It sounded to me like maybe these could have been rogue killers, who knows. We are going to try to get to the bottom of it very soon. But his was a flat denial."
You might recognize that language of denial from Trump. He uses it a LOT -- to defend people who he views as allies or who support his agenda.
It's the same response Trump gave when asked whether he broached the topic of Russian interference in the 2016 election during a face-to-face meeting with Russian President Vladimir Putin in Helsinki, Finland, earlier this year. "So I have great confidence in my intelligence people, but I will tell you that President Putin was extremely strong and powerful in his denial today," Trump said at a joint news conference with Putin following the summit in July.
It's the same response Trump gave when asked about the allegation of sexual assault leveled against his Supreme Court nominee Brett Kavanaugh. The President repeatedly noted that Kavanaugh denied the allegations as proof positive it didn't happen, calling the allegations "one of the most unfair, unjust things to happen to a candidate for anything.
It's the same response Trump gave when multiple women said that Roy Moore had pursued relationship with them when they were teenagers and, in some circumstances, had forced himself on them. "He totally denies it," Trump said of Moore in the heat of the Alabama special election late last year "He says it didn't happen, and you have to listen to him also."
It's the same response Trump gave when the news broke that both of White House staff secretary Rob Porter's ex-wives said he had abused them. "He says he's innocent and I think you have to remember that," said Trump. "He said very strongly yesterday that he's innocent, but you'll have to talk to him about that."
Source - https://www.cnn.com/2018/10/15/politics/donald-trump-saudi-arabia-denial-khashoggi/index.html

The president said Monday he had spoken with the Saudi leader and is sending Pompeo to Saudi Arabia.

Inside Saudi Arabia's Own Embassy?

President Donald Trump said Monday that the king of Saudi Arabia had denied any knowledge of the whereabouts of missing journalist Jamal Khashoggi, and that he was sending Secretary of State Mike Pompeo to meet with the Saudi leader.

“Just spoke to the King of Saudi Arabia who denies any knowledge of whatever may have happened ‘to our Saudi Arabian citizen,’” Trump tweeted.

“He said that they are working closely with Turkey to find answer. I am immediately sending our Secretary of State to meet with King!” Trump wrote. 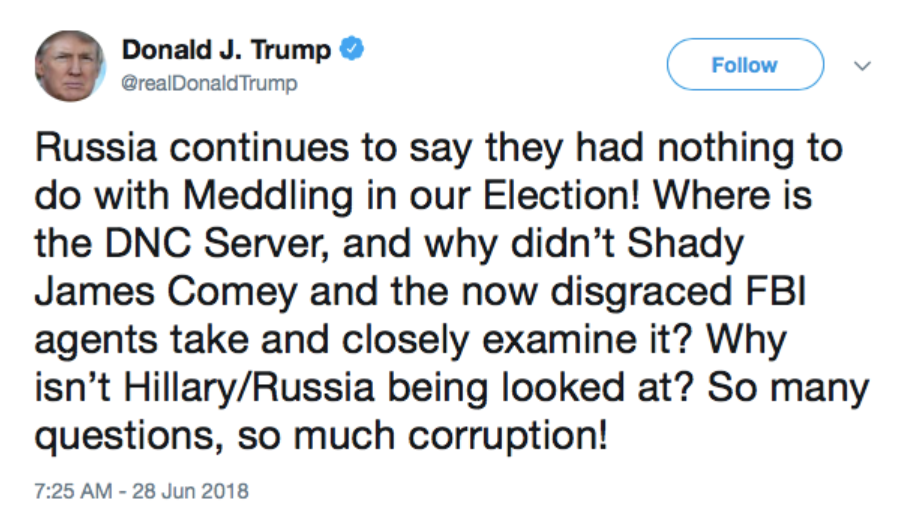 Report Inappropriate Content
3
Kudos
170
Views
2
Replies
Reply
3 Kudos
Turn on suggestions
Auto-suggest helps you quickly narrow down your search results by suggesting possible matches as you type.
Showing results for
Show  only  | Search instead for
Did you mean:
Users
Announcements