Fauci...Then and Now & The Contradictions

Fauci has done a remarkable job of pointing out all the moronic things the Trump administration has done in this crisis without actually calling Trump a moron.  The book about this will be epic though.

sunluver wrote IP: Speaking for myself..."I" will determine all of that myself, as i'm sure we all do.  But to criticize and use name calling and labeling of others for not agreeing with YOUR truth is in my honest opinion JUST WRONG.

1. Our Intel people began telling ToadtRump the epidemic in China was a serious threat to Americans back in NOVEMBER, and those briefings continued thru December, and January.

2. During that time, ToadtRump told his followers "its all a Demcratic HOAX to make me look bad". But senior GOPers in Congress who heard the SAME BRIEFINGS used the information to dump millions of dollars they had in the stock market BEFORE the Market had a chance to react to the news Toad had been getting for MONTHS, and when Wall Street heard what donny had been hearing, THE MARKET CRASHED.

3. ToadtRump set all 50 States bidding AGAINST EACH OTHER to insure the highest possible prices and greatest profit for the Corporate Oligarchs and the least effective distribution of material in the fight against Covid19 imaginable. Then he used the National reserve to reward and punish States depending on how sycophantic their Governors had been.

We could go on about how he abolished the Emergency Pandic Action Teams in CDC and NSA, then cut CDC's budget for monitoring foreign epidemics by 85% and is still firing scientists who contradict his nonsensical plans for solving the problem, like taking a drug for Lupis that can stop your heart - telling the American Public "what've ya got to lose?" and how he cancelled the contract to maintain the material in the National Stockpile back in 2019, but people who only listen to Fox and H8Radio haven't heard about any of that.

At the end of the day, Fauci has consistently been the voice of science and reason in the Trump universe. That makes Trump look very, very bad regardless of how the regressives attempt to attack Fauci.   After listening to the sworn testimony of Dr. Rick Bright before Congress, I am even more convinced that Trump is a moron who would be living in a box if his father had not been rich.

But to criticize and use name calling and labeling of others for not agreeing with YOUR truth is in my honest opinion JUST WRONG.

Have you communicated your 'honest opinion JUST WRONG' to the president for his habit, as you've just exactly described?

I don't "attack" or "denigrate" anybody for having a difference of opinion. Too bad you took it that way.   I give up...WHY are the anti -Trumpers so full of hate?  Don't bother answering, it's a never ending battle and i don't even know why i go there.  Except that it gets rather tiring reading all the lies about President Trump.   Hey, i try to understand the other sides thinking as well...like you all...there is no understanding of either side.  Thanks for the grammar/punctuation whatever correction.

Seriously you need to start reading what is posted under your name. Those posts prove the opposite of what you claimed here.

First, have I been name calling?  I don't think so.  Second, it depends on if a person looks on input with an open mind in a non-judgemental way.  I am open to factual information but I cannot see where Trump has the interests of the country first, or what is in it for Trump.  Anyone observing and listening to Trump with an open mind shouldn't fail to see this.  I base my opinion on his continued actions as President rather than the opinions of others in the media.

Further, I get my information from various sources, not relying exclusively on one media source but those of all sides.

The mistake a lot of politicians make is forgetting
they've been appointed but thinking they've been anointed.
Report Inappropriate Content
Reply
2 Kudos
Highlighted

Except that it gets rather tiring reading all the lies about President Trump.

I could say the same thing about reading all the lies and exaggerations told by IMPOTUS.

Who was the first person to come out against Dr. Fauci?  Who retweeted a tweet labeled #FireFauci? Who said Fauci's remarks on reopening the economy and schools was unacceptable?  And who jumped on the bandwagon against Fauci?  The far right media.

Now, all of a sudden, Fauci is the enemy here?  Sorry, I will take my advice from an expert with the creds and experience before I will from someone who claims he "knows more about it than anyone" and relies on "gut instinct" because he is a "stable genius".  I want to see HIS creds.  Gut doesn't cut it.

Methinks there is a jealousy problem here.  Who was soaring in approval ratings for handling the pandemic?  Who was tanking?

Chas:  When trump supporters can't show or prove their sources as being unbiased they attack or attempt to denigrate those who question their sources.  Why is that?

I don't "attack" or "denigrate" anybody for having a difference of opinion. Too bad you took it that way.   I give up...WHY are the anti -Trumpers so full of hate?

You might want to read this one again.  There was no personal attack.  At least no more than the one against "anti-Trumpers". 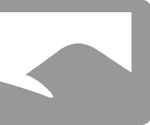 TxGrandpa2:   Of course there are some who rely on facts, non-partisan facts when judging politicians.

And who determines where or who those "facts" come from?  Looks like to me that that is an individual determination.  You might believe cnn while i believe fox is the place that's factual. Or the washington post, ny times and on and on.  Seriously, WHO determines what is factial, biased, non biased, truthful, dishonest??  Or in this situation, who is the best or worst President...the newspapers, the media... i hope not.  Hopefully it's the individual.

Speaking for myself..."I" will determine all of that myself, as i'm sure we all do.  But to criticize and use name calling and labeling of others for not agreeing with YOUR truth is in my honest opinion JUST WRONG.

Liberals claim to want to give a hearing to other views, but then are shocked and offended to discover that there are other views.”
Trump 2020!
Report Inappropriate Content
Reply
0 Kudos
Highlighted

@sunluvngal  Of course there are some who rely on facts, non-partisan facts when judging politicians.  Remember  that catch phrase when watching Jack Webb on "Dragnet" back in the early 1950's?   Trump is a reincarnation of P. T. Barnum.

Then there are those who would believe what they want to believe regardless of the facts.

The mistake a lot of politicians make is forgetting
they've been appointed but thinking they've been anointed.
Report Inappropriate Content
Reply
3 Kudos
Highlighted

Fauci...Then and Now & The Contradictions

"it gets rather tiring reading all the lies about President Trump."

If it wasn't such a serious situation, the above would be hilarious. Trump Cult members are outraged over what they believe are lies about their leader, but they offer their undying support to a man in the White House who's a pathological liar.

Report Inappropriate Content
Reply
3 Kudos
Turn on suggestions
Auto-suggest helps you quickly narrow down your search results by suggesting possible matches as you type.
Showing results for
Search instead for
Did you mean:
Users
Announcements