FLA - This is What Happens When Your State Becomes a Joke

FLA - This is What Happens When Your State Becomes a Joke

This is what happens when your state becomes a national embarrassment

I knew something was amiss when I had my car repaired in early June, shortly after Miami began relaxing its coronavirus restrictions. At first glance, the dealership looked as if it was following the recommended precautions: Every other seat was blocked off with tape, and customers and workers were wearing face coverings.

On closer inspection, many of the customers’ nostrils protruded above their masks. Staff members wore masks with one-way valves, allowing their breath to escape as they told customers the cost of fixing their clunkers. And no one was enforcing limits on the number of customers who could enter the reception area while waiting for their repairs.

It wasn’t just the repair shop. As I walked around my neighborhood in the early evenings, I’d pass houses with cars packed into their driveways. The sounds of Pitbull and J Balvin blared through the tropical shrubbery — a sure sign of a Miami house party.

A month later, Miami has become the pandemic’s epicenter. Miami-Dade County’s intensive-care units and emergency departments are jammed. Specialists unaccustomed to managing critically ill patients are being called into action. The state has sent 100 additional health workers, mostly nurses, to the county’s large public hospital to help its exhausted staff.

I see patients in one of the hospital’s primary-care clinics. Recently, a colleague started her week as ward attending by being called to a code, one of several occurring simultaneously in different parts of the hospital; a middle-aged woman recovering from the coronavirus had suddenly gone into cardiac arrest. Other colleagues have been intubating physically fit young people who precipitously went into respiratory failure.

This is what happens when your state becomes a national embarrassment. And the reason is clear: We have suffered from failures of political leadership at every level.

Florida’s challenges are similar to those that New York and other northern states faced months ago. But while leaders in those states took aggressive action and modeled good behavior, our state has been significantly more laissez-faire and chaotic. Bars and restaurants closed for indoor service in March but reopened in June; now, Miami-Dade County’s mayor has shut them down again. Opening business might have worked if our state and local officials had enforced the correct wearing of appropriate masks, or modeled good mask-wearing behavior themselves, or provided businesses with instructions on maintaining proper ventilation. But they didn’t.

Covid-19 testing is woefully inadequate, and the lucky folks who can actually score an appointment at one of the state’s free testing sites, such as Marlins Park, are waiting more than a week to receive their results. The perpetually underfunded and politically influenced Florida Department of Health lacks enough staff to adequately trace all the people who test positive. Our leaders should have developed a robust public-health infrastructure capable of supporting contact tracing and quarantine enforcement long ago. They didn’t, and scrambling to assemble these systems in the midst of a pandemic is too little, too late.

Ironically, I feel safer at work, where everyone wears masks correctly and takes proper precautions, than I do out in public. We still have adequate personal protective equipment — for now — and are not yet forced to wear garbage bags and rain ponchos like our colleagues in New York. But many staff are already calling in sick, and we worry we won’t have enough nurses, respiratory therapists and doctors to manage the continuing deluge. And still young medical trainees tell me they see crowds of people, many without masks, congregating in the trendy areas of Miami Beach and in Miami’s Brickell neighborhood.

Meanwhile, Florida Gov. Ron DeSantis (R), who only recently began reliably sporting a mask, has thrown up his hands and proclaimed that younger adults are “going to do what they’re going to do,” arguing that he’s powerless to stop them. At the same time, he’s been bullying local school districts to offer in-person classes next month. Unfortunately, many public schools are housed in environmentally unhealthy buildings with lousy ventilation. Several classrooms in my daughter’s public high school lack windows; in other rooms, the windows that do exist don’t open. For years, the building’s outdated air-conditioning system has emitted a musty smell.

In a rational world, the federal government would help us test more people, faster; state and federal leaders would set an example by wearing masks correctly and consistently; local officials would strictly enforce quarantine rules; someone would slap warning labels on those awful ubiquitous online ads for valved masks; and our public health departments would be guided by health experts, not politicians. But this is Florida, a state with a well-established history of being anything but rational.

So for now, the state’s citizens continue to muddle through. My fellow physicians and I are trying to stay on top of a fast-changing situation, while also keeping an eye on hurricane season. In the absence of responsible leadership, we doubt Florida will stop setting records — of the wrong kind — anytime soon.

Further proof that you can ignore reality right up until it bites you.

@Centristsin2010   Many may think that I am exagerating but you need to research before you vote, and if they would have seen who is his BFF they would have never voted for him. HIs BFF is Gaetz. and we all know what kind of a jerk he happens to be. In my area  where he is from. they want him  run for President. and that would even be a worse disaster thant Trump

@Centristsin2010   HIs BFF is Gaetz. and we all know what kind of a jerk he happens to be.

Gaetz showed he is a moron... 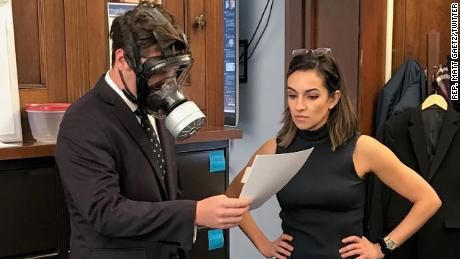 Hows that gas mask working for ya now that thousands of Floridians are dying?


"FAKE 45 #illegitimate" read a sign at the Woman's March in DC, 1/27/2017
0 Kudos
125 Views
0
Share
Report
Reply
Turn on suggestions
Auto-suggest helps you quickly narrow down your search results by suggesting possible matches as you type.
Showing results for
Show  only  | Search instead for
Did you mean:
Users
Announcements