angeleyes64: Do these air heads stop and think of past cases and how LONG they took to complete?

If Hillary had won they would be in the middle of the eighth or ninth investigation of her emails, or some other nonsense charge, and when that failed, begin another one. They are beneath contempt.

If Trump's water carrying toads in congress threaten/or try to hold Rosenstein in contempt of congress, he will be able to subpoena their communications, put them on a witness stand and show that they're wrong. I look forward to them trying it. Lol

update: Rosentein has notified Nunes staffers that going forward they are to retain all relevant emails and texts. If they fail to do this, they can be charged with obstruction of justice.

538 Views
Message 23 of 29
Nunes is Trumps gofer, he has way too much say as to what goes on when he is all for Trump. It should all be done by both parties so there is NO one man who can stop this investigation. Nunes has tried to stop this investigation in every way he can, the whole investigation has been all 1 sided when it comes to getting info.
Live For Today, No One is Guaranteed a TOMORROW !
Report Inappropriate Content
Reply
2 Kudos
Highlighted 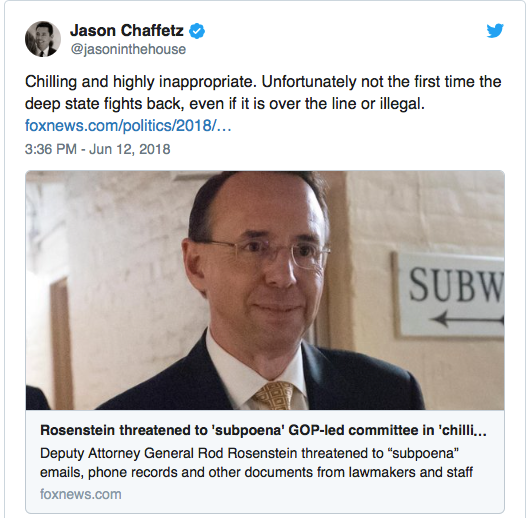 LMAO....you just have to laugh at the idiocy suggesting Rob Rosenstein is the "deep state".  More of fascist trumps minions interfering with justice. 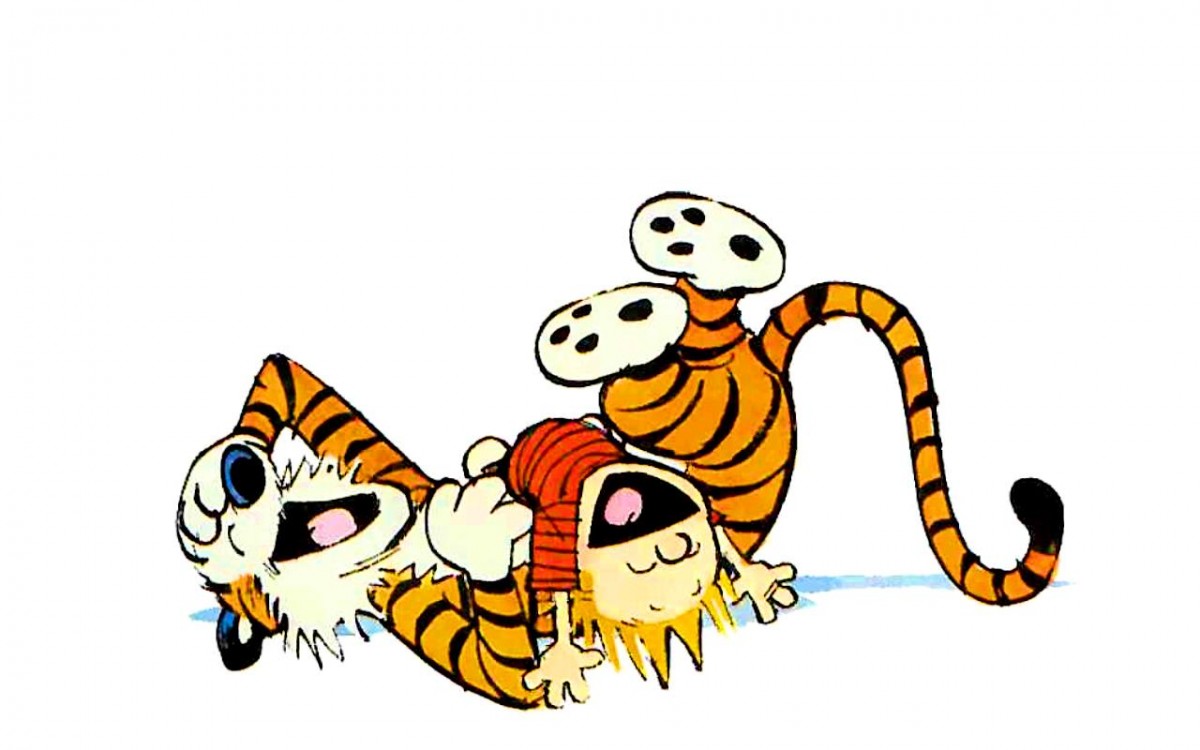 Trump's minions love investgations of everyone except their hero in the White House. It's obvious to any intelligent person that the committee headed by Devon Nunes deserved the moniker, "Trump's Chumps". Their only goal was blocking and impeding the House Investigation of Russian interference in our election. I've said all along, I wouldn't be surprised to learn that Devon Nunes is under investigation for obstruction of justice.

Fox portrays anyone who stands up to, or disagrees with Trump, as the Enemy. Trump Cult members are blind to reality and no longer respect the rule of law.

538 Views
Message 26 of 29
Do these air heads stop and think of past cases and how LONG they took to complete? Justice delayed is NOT JUSTICE DENIED. It's called getting the job done right so it is RIGHT.
They are are all in such a hurry because they fear of what will be found. Why can't they just let the case take it's course as all cases do and leave it alone, Oh because they might find something? Do they all know they as well as The Donald make him look even more Guilty?
Just let Mueller do his job and let it go, if he is guilty he's guilty, if not so be it, but your making him LOOK GUILTY. Your being as stupid as he is. !!
Live For Today, No One is Guaranteed a TOMORROW !
Report Inappropriate Content
Reply
1 Kudo
Highlighted

This article appears to be referring to Trump's chumps on the House Committee, who are not interested in investigating Russian interference. Their goal is blocking the investigation.

Deputy Attorney General Rod Rosenstein's ongoing battle with House Republicans reached new heights Tuesday, as the No. 2 senior leader of the Justice Department plans to call on the House to investigate its own committee staff.

Rosenstein has butted heads with House Intelligence Chairman Devin Nunes for months over a subpoena for documents related to the Russia investigation. Rosenstein plans to "request that the House general counsel conduct an internal investigation of these Congressional staffers' conduct" when he returns from a foreign trip this week, a Justice Department official said.
Report Inappropriate Content
Reply
4 Kudos
Highlighted

Earlier in the evening, Meadows and Jordan met with GOP leadership about Rosenstein’s slow-rolling release of the documents in the Russia investigation. The meeting included Speaker of the House Paul Ryan (R-Wis.) and House Oversight Committee Chairman Trey Gowdy (R-S.C.).

Meadows and Jordan broke their news exclusively on Fox News’ “The Ingraham Angle” Tuesday evening. It followed directly on the heels of a jaw-dropping revelation a few hours earlier on Fox News of yet another issue involving the embattled Rosenstein.

The crux of the earlier report by Fox’s Catherine Herridge on “Special Report” is that congressional staffers are alleging Rosenstein threatened to use the power of his office to “subpoena” calls and emails of the House Intelligence Committee members who are investigating the Mueller probe.

“In essence, the head of the Justice Department, Rod Rosenstein, was threatening members of the House Intelligence Committee for doing their job, for trying to get answers for the American people,” said Jordan (pictured above, center), reacting to the additional breaking news that Attorney General Jeff Sessions had defended Rosenstein’s alleged behavior.

"And the attorney general says, 'That's OK. We're doing just fine'?" he added. "Are you kidding me?"

"There's two problems with it, Laura," said Rep. Meadows (shown above left) , chair of the House Freedom Caucus. "One is, we're a separate branch of government. They [the DOJ] don't have the right to do that [to subpoena emails and calls] unless we're coming under some kind of criminal investigation. And for the attorney general to say he's confident that Rod Rosenstein did everything right? Well, I'm confident he doesn't know what he's talking about. I'm here to tell you, we're fed up with it," Meadows added flatly.

He shared a draft of a resolution exclusively on "The Ingraham Angle" that would compel Rosenstein to release the requested documents. He explained they're still "putting finishing touches" on the resolution and plan to file it on Wednesday.

The resolution, Meadows said, is "all about compelling DOJ to turn over documents so we can do proper oversight." Jordan added they want to bring the resolution before the whole House for a vote.

Meadows then challenged Rosenstein to join him and Jordan on "The Ingraham Angle" Wednesday night to lay out the facts.

When Ingraham said Rosenstein had been invited on the show many times in the past, Meadows replied that Rosenstein's failure to appear was because "they'd rather do private press releases to spin the narrative at midnight and try to act like they're complying."

When Ingraham asked if the resolution draft called for Rosenstein's removal, Meadows indicated that it did not.

He did, however, say that calling for Rosenstein's impeachment was "something we still have in our toolbox."

He added that he and Jordan had met with Speaker Ryan and Trey Gowdy earlier in the evening. House leadership, said Meadows, wants to "give it more time."

Staffers' emails were sent to the House office of general counsel. They documented employees' recollections of the meeting and allege that Rosenstein threatened to subpoena calls and emails of the GOP-led committee tasked with securing documents from the DOJ and FBI in the Russia probe.

"Watching the deputy attorney general launch a sustained personal attack against a congressional staffer in retaliation for vigorous oversight was astonishing and disheartening," said a House Intelligence Committee staffer on January 12, as Fox News reported. "Also, having the nation's number-one (for these matters) law enforcement officer threaten to 'subpoena your calls and emails' was downright chilling," the staffer's email continued.

Justice department officials deny the unsavory characterization of the staffer's emails documenting the meeting, as Herridge's report explained. The DOJ claims that comments the staffers' referenced were made in response to Rosenstein's being threatened with contempt of Congress.

Attorney General Jeff Sessions, who recused himself early on from the Russia probe, appeared on Fox News' "Tucker Carlson Tonight," also on Tuesday evening. Sessions defended Rosenstein, reiterating the DOJ's contention that the nature of the staffers' emails had been mischaracterized.

"I am confident that Deputy Rosenstein, 28 years in the Department of Justice, did not improperly threaten anyone on that occasion," said Sessions on the show, referring to the alleged threat detailed in emails from House Intelligence Committee staffers.

Herridge's report also indicated that Deputy Attorney General Rosenstein, when he returns from a work trip, will request an internal investigation of the staffers whose emails brought his seeming avoidance of congressional oversight into question.

VIMTSTL
Report Inappropriate Content
Reply
0 Kudos
Turn on suggestions
Auto-suggest helps you quickly narrow down your search results by suggesting possible matches as you type.
Showing results for
Show  only  | Search instead for
Did you mean:
Users
Announcements