Re: Democrat Wants to Replace Ocasio-Cortez

Well, at least one of the Dems has some sense!

The Hill quoted an unnamed Democrat who reached out to the New York delegation to urge them to find a politician from the Bronx or Queens to challenge Alexandria Ocasio-Cortez.

“What I have recommended to the New York delegation is that you find her a primary opponent and make her a one-term congressperson,” the lawmaker told the political news website. “You’ve got numerous council people and state legislators who’ve been waiting 20 years for that seat.”

When a Twitter-user suggested Wednesday that “this bartender” should have started out running for city council, Ocasio-Cortez fired back:

"'This bartender’ has served in a Senate casework office, organized & educated 1000s of young people, earned relevant degrees w/ honors, worked on field campaigns, and the only reason I wasn’t told to run for city council was because I was consistently told not to run at all."

AOC also slammed former Starbucks CEO Howard Schultz after he dismissed her proposal for a tax on the nation’s wealthiest. 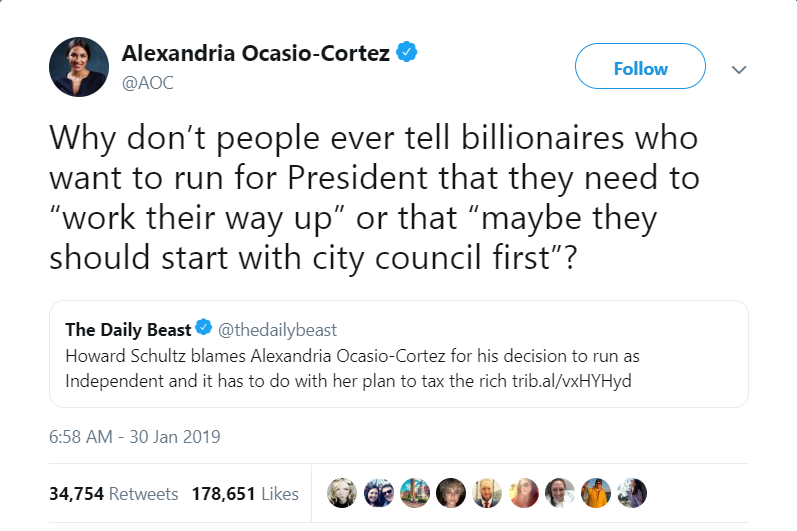