DNI will no longer brief Congress on election security over leak concerns......

DNI will no longer brief Congress on election security over leak concerns......

these are related to election security and foreign government  election interference. Why you ask? Because Trump DOES NOT WANT the American people to know how Russia is helping him again. Its that simple!!!!

I totally agree with Adam Schiff who said :

House Speaker Nancy Pelosi, D-Calif., and Intelligence Chairman Adam Schiff, D-Calif., called the decision "shameful" and said that it "demonstrates that the Trump Administration is engaged in a politicized effort to withhold election-related information."

“We expect the Administration and Intelligence Community to keep us fully and accurately informed, and resume the briefings. If they are unwilling to, we will consider the full range of tools available to the House to compel compliance," they added, noting DNI had asked to a

ddress the House in September. That briefing has now been canceled.

The FBI just informed Facebook today that the russian St. Petersberg group is at it again, all over the site with fake sites and facts about the election.

Did the DNI inform Congress?

Certainly not in an election cycle.

The person heading up the Justice Department office that helps ensure federal counterterrorism and counterintelligence activities are legal – and replace him with a political appointee with relatively limited experience has been 'reassigned".

Now Barr / Trump have lots of levers to pull and have sycophants claim that that everything is hunkey dorey.  Yes it will destroy the nation.

Just more of Trump trying to hide the efforts of Russia on his behalf.

And why is Russia menacing our military jets over international waters?

And paying a bounty on the heads of our soldiers?

Must be Trump is late on his loan payments underwritten by Putin.

The new Director has taken a very necessary step to stop the DIMMs from leaking classified information to the media.

Tom5678
Honored Social Butterfly
that is one of the weakest excuses I have ever heard and I am NOT buying it sorry. We all know the extent of how bad Pandemic Donald needs Russias help again to win. Everyone knows in free and honest elections Trump and Party don't stand a chance. OOOPS!!!! Trump is trying to shut down the intel which updates Americans as to what Russia is up to, well I for one will keep updating everyone as I find out, I assure you! LOL!
1 Kudo
195 Views
6
Share
Report
Reply

Adam Shaft can stop leaking made up stories to the NY Slimes!

Leaks of What? Factual findings Congress and the Americans need to know about their election?

Congress should subpoena him, then put the reports on the internet for all to see.

We the people need to have ALL of the information to  preserve the sanctity of our vote. 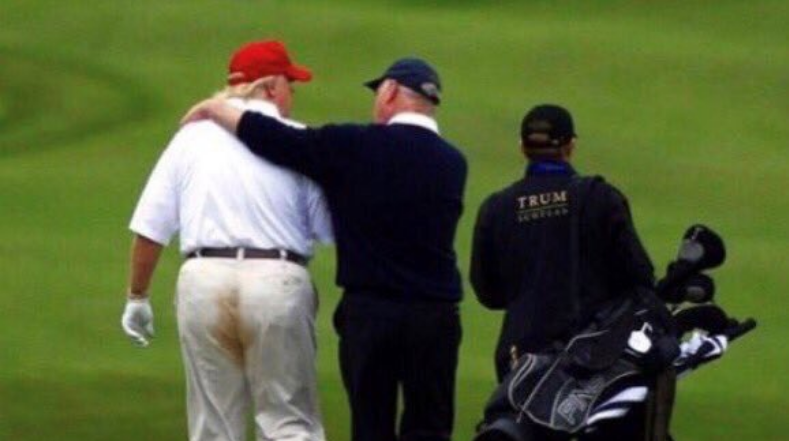 "Leaks that harm Trump" you mean.

Transparent Strategy that needs the Freedom of Information Act to prevail.

This reeks of corruption. The tRump administration is as crooked as a dog leg, they will try and hide Russian influence in this election. Where is the "transparency" they boasted of? Patriotic Americans of either Party should never stand for this.

And the tRump base cheers.

ChasKy:  And the tRump base cheers.

I'm convinced they are so addle-pated by Fox and the other swill they use as news sources they really can't figure out what's wrong with the Trump-Russia connection.

ChasKy:  And the tRump base cheers.

I'm convinced they are so addle-pated by Fox and the other swill they use as news sources they really can't figure out what's wrong with the Trump-Russia connection.

There is certainly not a true patriot among them!

ChasKy:  There is certainly not a true patriot among them!

That's the truth. They're giving total support to someone who chooses to protect Russia over American troops, they're all in on supporting confederate traitors, yet think of themselves as some sort of super-patriots.

Democrat lawmakers have erupted over this news, as well they need to!!!!

Trump doesn't want America to know how deep Russia is again in his 2020 campaign!!!!

Tom5678
Honored Social Butterfly
This is another BLATANT TRUMP COVER UP!!!! Dems. and everyone else need to keep screaming this out at the top of their lungs!
0 Kudos
207 Views
3
Share
Report
Reply

The Russians haven't stopped meddling in our elections since tRump publicly invited them into them in 2016. Now he wants to hide it.  LOL !!!

Yeah, and the White House did not want the CDC to publish Covid 19 stats, they wanted them to be reported to HHS that reports to the President.

Another example of how this administration wants to quash evidence that does not support their agenda.

States are reporting on their own, which dont jibe with HHS.

38 states are using their own local government metrics and ignoring the white house task force on opening schools, especially that idiot Betsy Dvos who Trump appointed who wanted to give disproportionately more aid  to private than public schools.

Tom5678
Honored Social Butterfly
and Wilson is working with Russia in order to try to dig up "corruption" on Biden. He along with most of the TRump Cult needs to be investigated by Congress. I want to know how deep in theTrump Cult Russia is.
1 Kudo
268 Views
0
Share
Report
Reply
Turn on suggestions
Auto-suggest helps you quickly narrow down your search results by suggesting possible matches as you type.
Showing results for
Show  only  | Search instead for
Did you mean:
Users
Announcements