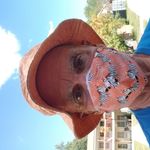 Trump On Climate Change Report: ‘I Don’t Believe It’

“Right now, we’re the cleanest we’ve ever been,” the president claimed when asked about the findings his administration released.

President Donald Trump on Monday rejected the findings of a sobering report about the economic costs of climate change that was released by his own administration.

“I don’t believe it,” he told reporters outside the White House before boarding Air Force One for a flight to Mississippi.

The president also attempted to place the blame for global warming on China, Japan and “all these other countries.”

“Right now, we’re the cleanest we’ve ever been,” he claimed.

Trump On Climate Change Report: ‘I Don’t Believe It’

“Right now, we’re the cleanest we’ve ever been,” the president claimed when asked about the findings his administration released.

He probably doesn't believe his raping of clean air and water to gain some votes in WV are going to kill 1,400 Americans each year either. Too bad his ignorance will not keep those 1,400 Americans alive one second longer than allowed by the Death he put into their lives and even worse that his ignorance will not save Civilization from the Republican supported Climate Change.

Worst part is we cannot somehow restrict the incredible and deadly damage the Toad Potus has created to inflict only GOPers. But we CAN and MUST remove those GOPers from positions of power if we are to save ANYTHING for our grandkids - the environment, Social Security, Medicare, PPACA, Federal Retirement Plans, the SEC and SCOTUS.

Tom5678
Honored Social Butterfly
President outdid even himself by saying one of, if not THE most stupidest things he has EVER said. Completely out of touch with reality, but then we all, most of us already know this.
1 Kudo
220 Views
0
Share
Report
Reply

If the report was not a pop up, then how did Trump understand the report. He likes to pass the buck all the time.  We all know we can do better to save our Planet.

0 Kudos
245 Views
0
Share
Report
Reply
Turn on suggestions
Auto-suggest helps you quickly narrow down your search results by suggesting possible matches as you type.
Showing results for
Show  only  | Search instead for
Did you mean:
Users
Announcements