The remarkable rise of Pete Buttigieg is a tribute to the role of raw talent in presidential politics. There is little that distinguishes the former mayor of South Bend from 10,000 similar local officials — except for being a prodigy at politicking.

He catches on easily to new skills, sounds knowledgeable even with limited information, stays on topic without sounding stilted, impresses small groups on short acquaintance (which is important for fundraising), thinks quickly on his feet and manages to be upbeat even when tired. In conversation, he is not overly warm, but comes across as genuinely attentive and remarkably self-possessed. Buttigieg is far better at running for president in his first try than former vice president Joe Biden is in his third.

There is a certain charisma that comes from preternatural talent. Following the French Revolution, some Frenchmen wanted the restoration of the old Bourbon monarchy — let’s call them the Bidondines. Others wanted a more vigorous application of the revolution through the guillotine — let’s call them Bernobins. But those who eventually supported Napoleon — the Butticidaires — were attracted to a man of destiny. (Let’s forget, for the purposes of my metaphor, the roughly 5 million military and civilian deaths caused by the Napoleonic Wars.)

There is a sense among Buttigieg supporters I talked to in Iowa before the caucuses that they are in on the ground floor of a phenomenon — maybe one less Napoleonic than Obama-like. And there is little doubt that the future of the Democratic Party in some way will be dramatically influenced by Buttigieg’s arrival on the scene.

Yet should this measure — the measure of talent — be decisive in the decision-making of Democratic primary voters? It is possible, unfortunately, to imagine Buttigieg’s consummate high school debate skills looking small on the stage next to Donald Trump’s whirling inferno of resentment, deception and rage. Just as it is possible to imagine Biden’s goofy authenticity faring well against Trump. Just as it is possible to imagine Bernie Sanders’s grumpy extremism looking attractive beside . . . no, actually, I honestly can’t imagine that.

Political talent is important, but not sufficient. It must be deployed in the context of a compelling thematic. And there are two themes that have generally won national elections for Democrats: generational change and moral restoration.

John F. Kennedy (the “New Frontier”), Bill Clinton (“Don’t Stop Thinking About Tomorrow”) and Barack Obama (“Hope” and “Change”) were each elected on the promise of turning a page in American political life. Clinton used centrist policy ideas to symbolize his departure from George McGovern liberalism. Kennedy and Obama succeeded through deliberate, determined vagueness. Their aspirations were liberal in tone — getting past a period of stagnation and division and embracing needed change — without offering many specific policy proposals that would frighten centrists.

Buttigieg — the winner of the JFK Library’s Profile in Courage essay contest in 2000 — clearly views himself in Kennedy’s category. “Every time my party has won the White House in the last half century,” he said recently in New Hampshire, “we’ve done it with a candidate who is focused on the future and hadn’t been in Washington very long, or not at all, and was opening the door to a new generation of leadership.”

The constraint here is that his aspirational liberalism is accompanied by actual liberalism. Buttigieg can only be considered a moderate in contrast to an avowed democratic socialist. He may oppose the abolition of private health insurance, but any candidate who supports the abolition of the electoral college, entertains expanding the Supreme Court and has a maximalist position on abortion rights and a minimalist position on religious liberty is not actually very moderate.

Buttigieg’s unexpected advantage in the general election might well concern the second theme: moral restoration. This is the message that Jimmy Carter carried to victory in 1976, pledging a new era of character and honesty rooted in faith after the oozing slime of the Nixon years.

If the former mayor ends up facing Trump, the most vivid and immediate contrast would be ethical rather than generational. By any measure of public or private character — basic honesty, service to country, family values, tolerance, concern for the vulnerable, commitment to the common good — Buttigieg is the president’s demonstrated superior. Just ask: Which human being would you, as a parent, want your son or daughter to grow up to be like? The question answers itself.

This does not mean that Buttigieg would be the strongest candidate against Trump. But he would certainly be the better man.

Buttigieg served in combat and a Navy Lieutenant

Buttigieg can speak in complete sentences.

But tRump supporters and lots of sane people still have a thing against gays, so Mayor Pete cannot win a general election...this year. 90% of voters SAY they will vote for a black, hispanic or asian POTUS. 67% say they'll vote for a Muslim. But only 45% will vote for a gay.

I fear despite being a vastly superior human being, nominating Mayor Pete will hand the election to the gutless draftdodging misogynistic neonazi that Putin elected  in 2016.

If one measures the candidates on the basis of honesty, integrity, and character, everybody stands tall above Trump. However, that's not true in Trump World because they worship a man who is dishonest, surrounds himself with convicted felons, insults people every day, and is a pathological liar.

What kind of person could possibly worship someone like Trump?

You know how liberals on this forum have the nickname, "tRump", for Trump?  If Buttigieg becomes president, he will have the superior nickname, "Butt".   Of course, the Democrats are incapable of thinking that far ahead.

Tom5678
Honored Social Butterfly
why would he have that nickname???? As an American who also happens to be gay that offends me.
2 Kudos
425 Views
16
Share
Report
Reply

@Tom5678 wrote:
why would he have that nickname???? As an American who also happens to be gay that offends me.

It's OBVIOUSLY an abbreviation of "Buttigieg".  Too bad for American homosexuals they don't have the linguistic control they don't deserve like they have in Canada.

Tom5678
Honored Social Butterfly
what on earth are you talking about????!!!!!! My "linguistic controls works just fine for me, how about you? LOL!" Oh, I am glad you admire Canada so much, that makes two of us!
2 Kudos
411 Views
14
Share
Report
Reply 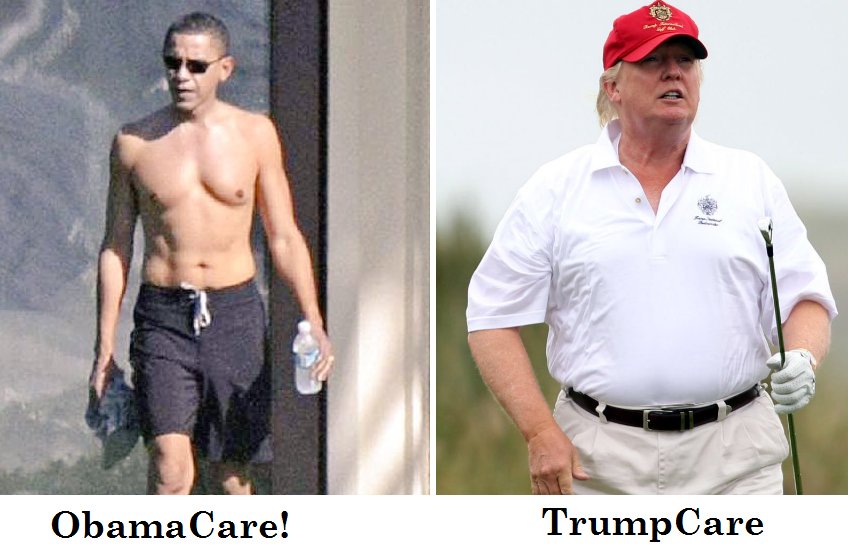 Not one true item on the poster. This is how Trump and the enablers want to stay in power. Lets hope the only people something like this fools are the Dictator Trump enablers. Keep in mind things like this worked for Hitler in Germany and Trump and Hitler are on the same path.

Yep.  You are right, Tom.  When Conservative can't address the topic, they post nonsense to divert others attention from the vile shameful acts of their Fuhrer.

Yep.  You are right, Tom.  When Conservative can't address the topic, they post nonsense to divert others attention from the vile shameful acts of their Fuhrer.

You initiated the nonsense with your silly picture of trim Obama and fat Trump so you are the diverter!

"I won't take lectures on my marriage from Rush Limbaugh!"

"I won't take lectures on my marriage from Rush Limbaugh!"

WTF does that mean?  Does it mean that he is going to stop listening to Limbaugh's radio show?  If so, who cares?

Tom5678
Honored Social Butterfly
what he means, is that anyone with Rush's values has NO BUSINESS lecturing others about their values, is my take. I would concur.
1 Kudo
219 Views
0
Share
Report
Reply

WOW,  I know I sure as heck do not want to look like The Donald when I get older. I'll try to look a little bit healthier than that, even if I'm not.

Live For Today, No One is Guaranteed a TOMORROW !
2 Kudos
369 Views
0
Share
Report
Reply

Tom5678
Honored Social Butterfly
Besides, Canada values its minority populations, unlike our current President who has lots of issue with the transgender community and the gay community.
2 Kudos
416 Views
0
Share
Report
Reply
Turn on suggestions
Auto-suggest helps you quickly narrow down your search results by suggesting possible matches as you type.
Showing results for
Show  only  | Search instead for
Did you mean:
Users
Announcements