While "sport ammo" fired from a handgun may not penetrate your new body armor, military ammo (aka "full metal jacket") WILL. And let's not forget the possibility the shooter will be good enough to pull off a "head shot".

Either sport or FMJ ammo fired from a rifle like the ones's you insist be available to mental defectives and anyone else with the price will DEFINATELY penetrate body armor.

The problem is NOT too little body armor for Congressional snowflakes.

The problem is Military grade weapons in civilian hands.

So unless you want to go around dressing like the lead actor in "The Hurt Locker" you best Cowboy up and get rid of semi-auto weapons, high capacity magazines/clips and FMJ ammo in the civilian sector. You're supposed to be out front LEADING, not cowering behind the Walls of Fort Foggybottom.

The poor GOP snowflakes are really really afraid of having to face their constituents as they venture out into Townhall meetings - so they demand that they should have bullet-proof vests?    HMMMM - so they advocate against any law that deprives anyone of a gun and then quake in fear that one of the own will use it?

And then I saw this: 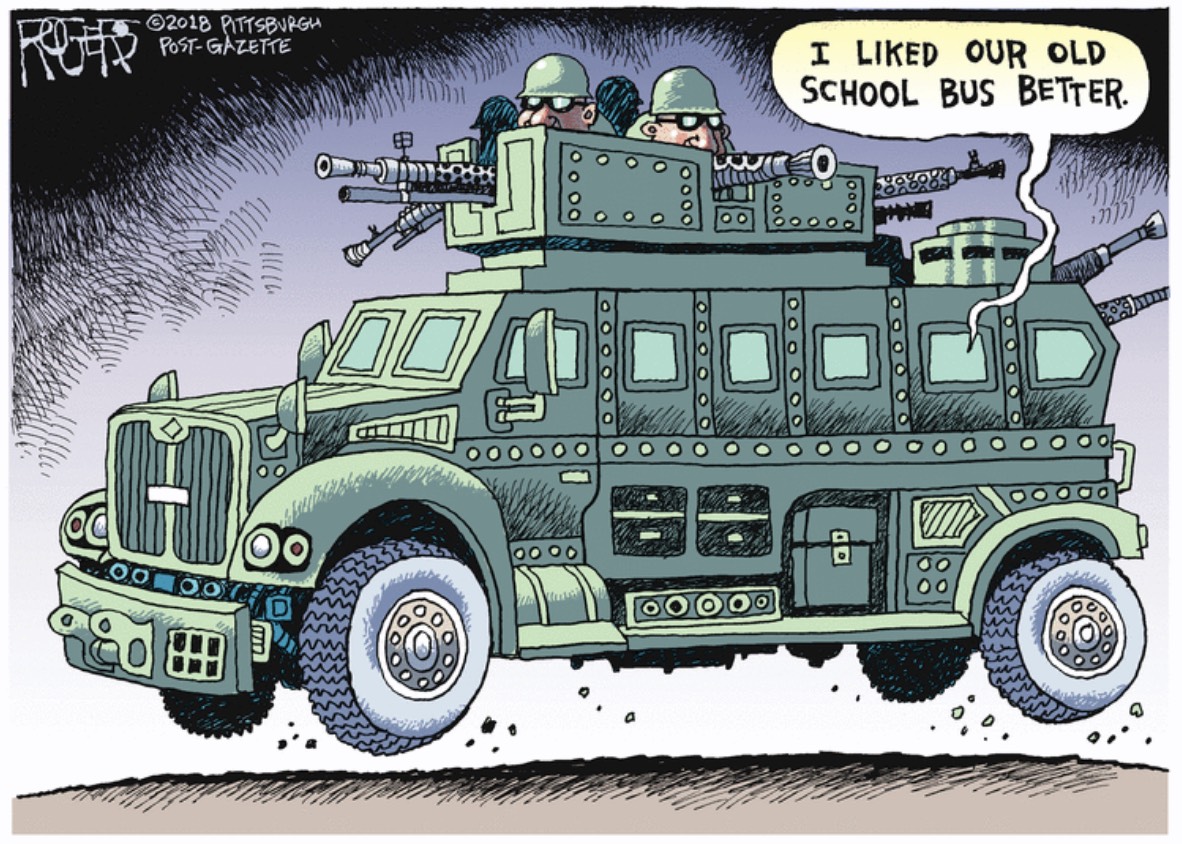 GOP really seem intent into turning the US into a military / police state.

I guess 'hopes and prayers' are not enough for them!

"House lawmakers can use taxpayer funds to buy bulletproof vests and other security equipment, under a resolution approved by the House Administration Committee on Tuesday.

The resolution also allows members to hire security personnel for member-hosted district events such as town halls, to be stationed inside and outside their district offices during business hours, and to accompany them on official business."

Report Inappropriate Content
5
Kudos
148
Views
2
Replies
Reply
5 Kudos
Turn on suggestions
Auto-suggest helps you quickly narrow down your search results by suggesting possible matches as you type.
Showing results for
Search instead for
Did you mean:
Users
Announcements