But with some stipulations.

In fact, they may want to expand the group to at least 7-10 Reps and Senators. Do this as soon as possible, at the same time, and they are all allowed open access to any facility that they wish to visit...each taking a different facility.

I love that idea! No predetermined sites from border patrol or trump people.

I think Omar and Ocasio-Cortez should go and take the president with them.  Take the vice president, Mitch, Nancy and "whoever, Republican, Democrat, liberal, independent doesn’t matter"!.  No media.  No cameras.  No photo ops of touring replacement border fencing with Trump's name on it or posing at a border station in McAllen which calls itself 'safest city in TX'.   Take them inside the migrant camps. Let them take a long firsthand look.

I realize the president is a busy man with the 2020 campaign ramping up, but perhaps, he can, at least, make a detour between rallies of his obsequious fans.  Let the president see what his mismanaged and misdirected policies has wrought FIRSTHAND.

Let them all experience the crisis at the border and what it really is like.  How many children do you think Trump will hold in his lap who has no diaper or brushed their teeth or taken a bath?

Then, after a short detour, Trump can get back to his priorities of MAGA and great economy and lower taxes.

National Border Patrol Council union representative Chris Cabrera extended an open invitation to Rep. Ilhan Omar and Rep. Alexandria Ocasio-Cortez to tour the border privately without media to see the “real border crisis” from through the eyes of the agents.

“EVERYBODY UNDERSTANDS WHAT’S GOING ON WHERE THE DISCONNECT IS IS IN CONGRESS,” NBPC SPOKESMAN CHRIS CABRERA

Cabrera, spokesman for the National Border Patrol Council and Local 3307 in the Rio Grande Valley, said recent comments from both Omar and Ocasio-Cortez reveal that they are not familiar with the actual border crisis. He said the problem is exacerbated by lawmakers who have not educated themselves on the realities of the crisis. On the second episode of the Sara Carter Show podcast, Cabrera promised that the trip would be private, without media, so the lawmakers can gain a real understanding of what is happening along the border.

“I think that they’re uneducated as far as what goes on down here and I would put out a blanket invitation whether it’s to Mrs. Omar or Mrs. Ocasio-Cortez, or whoever, Republican, Democrat, liberal, independent doesn’t matter, ” Cabrera told Carter. “Come down here, get with me, I will take you out there and show you. No reporters, no cameras, no press moments just we will go out there and I’ll show you, and that way, when somebody says well you don’t know well now you have a firsthand look, not a political look no politics just me and you I’ll show you.”

Ocasio-Cortez was criticized for her recent tweets and for calling detention facilities “concentration camps,” a description mainly used for the atrocities that occurred during World War II, against the Jewish population. Over 6 million Jewish people were killed in state sponsored concentration camps in Europe by the Nazi party.

She has refused to apologize for the comparison.

DHS ripped 1000s of children from their parents & put them in cages w inhumane conditions.

I will never apologize for calling these camps what they are.

House GOP Leader: Ocasio-Cortez "needs to apologize not only to the nation but to the world" http://hill.cm/biu6vJN 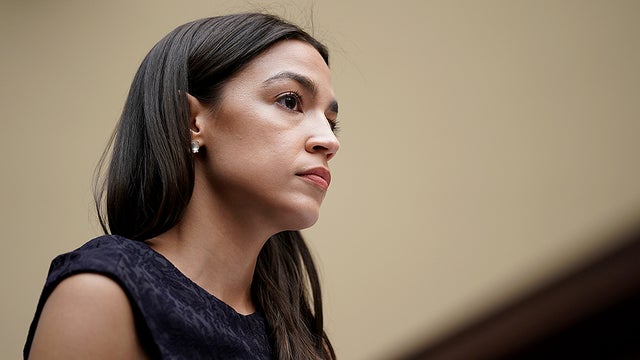 Omar also railed against the Trump administration’s policies to crack down on illegal immigration and said the word ‘alien’ should be removed from the legal lexicon.

“No one is an ‘alien,'” she tweeted in response to President Trump’s announcement that Immigration and Customs Enforcement would begin interior enforcement.

Cabrera believes that if the lawmakers take the opportunity to visit the border through the eyes of the agents and those of the migrants it may just change how they view the crisis.

Cabrera’s message to Congress: “We have children that are being molested on their journey over here, women that are getting violent and people are dying along this journey, and you’re worried about tax returns, get your priorities straight.”

This is not just affecting Americans, law enforcement agencies, but also the illegal migrants who suffer at the hands of trafficking and drug organizations. Cabrera said he also extends the invitation to any lawmaker that wishes to travel to the U.S. Mexico border in Texas. The Rio Grande Valley sector is one of the most heavily crossed border regions in the United States.

“I will take you down there,” he said. “I will show you what these people are having to go through and what your inaction is causing, and their inaction is causing more to come because they realize that if they come and they say a couple magic words, they’re free to go.”

Cabrera said there are days Border Patrol agents are seeing 2,000 illegal migrants being held in one station.

“It has gotten extremely dangerous,” he said. “There are very few agents in the field to deter or apprehend those looking to escape from us.”

VIMTSTL
Report Inappropriate Content
Tags (4)
0
Kudos
558
Views
2
Replies
Reply
0 Kudos
Turn on suggestions
Auto-suggest helps you quickly narrow down your search results by suggesting possible matches as you type.
Showing results for
Search instead for
Did you mean:
Users
Announcements