Around Divided Thoughts On Politics

Re: Around Divided Thoughts On Politics

Soosie,  your post makes many valid points, and as you have seen right here in this message board is one of the example of division among people that actually are trying to have the same resutls

I consider that quite naive.

Around Divided Thoughts On Politics

163 Views
Message 2 of 2
This is a long read and is about the Thanksgiving Dinner, but it reminds me of everyday with the divide in our country........Soosie
News  News Columnists  John Kass
How to survive a post-election meltdown Thanksgiving

The post-election meltdown has set some on edge as to what may come up in conversation at the family Thanksgiving get-together.

Many Americans, afraid of almost everything these days — so afraid of being afraid that they're easily herded like political livestock — will look to Thanksgiving with just one thing on their minds:         Fear.

It's true and you know it. You're afraid somebody will say something. And you're afraid that you'll respond, and you will.

That's when the jellied cranberry hits the floor.

And Mom starts saying, "No! No! No!" and a Mr. Kass archetype shouts at you to move to Canada and don't come back, and soon, old and young are wrestling on the floor saying hurtful things like "I hate you!" that can't be unsaid.

That's when your loving Thanksgiving family becomes just like the Twittersphere, but with real people you know and once loved, instead of hatefully anonymous cartoon heads.

I've come up with a few hints so that you may have a nice Thanksgiving without having to call 911 and wait in the driveway for the cops like a jabbering sweaty mob.

I know what you're afraid of. It's the political talk. It just might be safer in our postmodern America to argue about religion. 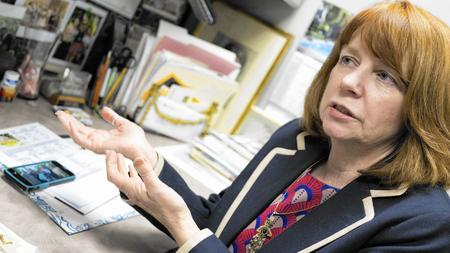 Because if you talk politics, and you know that you will, some jolly conservative uncle might trigger you with comments about the Electoral College and minority rights and the future of the republic.

Or the brilliant liberal niece covered in safety pins might do the triggering, condemning half of the dining room table as racists, Cheetos lovers and illiterates.

And that nice Rockwell moment, with Dad in his cardigan carving the brined turkey, will turn to hell as everybody shouts curses and Grandmother begins to weep.

What's worse is that after the fight, the hostess will have to be brave and say, her eyes terribly bright: "Anyone for dessert?"

And everyone will feel guilty, until somebody says something and it starts all over again.

So to not let that happen, here's what you might consider:

I don't mean a timid sip of sherry either, but pounding down a series of scotch and sodas or Manhattans or martinis even before you reach for the lightly salted mixed nuts. 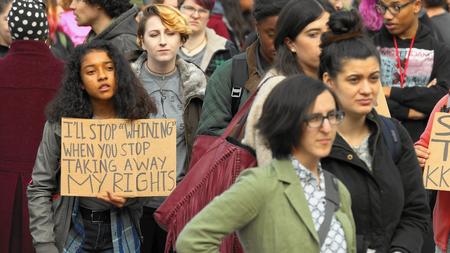 (And just as an aside, why is it that somebody always rudely picks out all the Brazil nuts and the cashews and leaves the peanuts? Don't you hate that?)

So drink instead, preferably on an empty stomach, and drink hearty.

Alcohol, which is often given a bad name at family gatherings, might make you happy and funny and content and tolerant of opposing views. It might cause you to compose limericks that make everyone laugh in thanks.

Or, when your conservative uncle says that democracy is really "two wolves and a lamb voting on dinner," you might just stab his hand with a fork, pinning it to your aunt's dinner table, as you smile and watch his eyes.

On second thought, don't use alcohol. But we have to do something.

What about segregation, not racial, which everyone knows is wrong, but gender-based?

Just send all those evil white males in the family down into the basement and lock the door. If you don't have white males at Thanksgiving, you're cool.

You don't have to be cruel. Toss a turkey leg down the steps; maybe send a child with a tray of queso dip and chips.

"I watch CNN, so why do I have to stay here with the uneducated?" another might bleat.

You: "Shut up and check your privilege!" 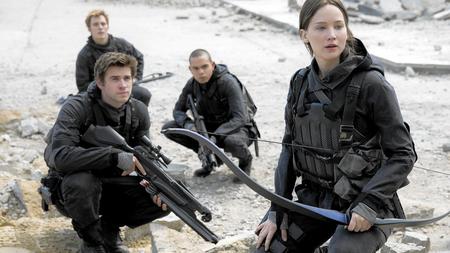 Don't give in no matter how they beg. Keep them in the basement until they're about 80 years old and relatively harmless.

Unless of course, there is a war or space alien attack; then you may let the young ones out to join the Army to defend us.

But for God's sake, keep those who are over 35 down there for a good 40 years until they're no longer dangerous.

After a few days, they'll begin to devour each other.

Now, you might get lucky and have a Thanksgiving gathering of people who don't give two figs for politics. But that means you have a house full of 7-year-olds and all they'll want is mac and cheese, so good luck with that.

But what if your liberal relations and friends start acting up on Thanksgiving?

They're agitated still. And they might be surly. You'll know they're spoiling for trouble if they say something like, "A book? You've actually read a book? Without pictures?" and titter into the backs of their hand.

Or, what if a few accuse the host and hostess of promoting a deplorable feast as gluttonous thanks to a Supreme Being that they insist does not exist? 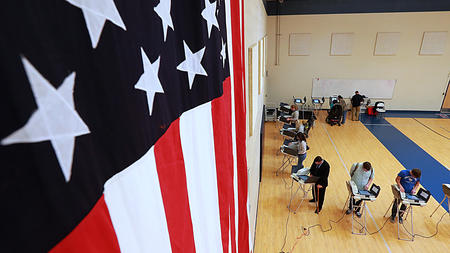 "You're in charge of the means of production and you offer this groaning table while others are in need? What would Elizabeth Warren say?"

You can't very well lock them downstairs with the white males. So the best thing would be to just shut up and smile and apologize for everything. Don't provoke them.

Just stare at the festive holiday Jell-O on your plate, examining the floating fruit chunks in that horrid gelatinous mass, and give silent thanks that you're all together again in one house.

Report Inappropriate Content
0
Kudos
163
Views
1
Replies
Reply
0 Kudos
Turn on suggestions
Auto-suggest helps you quickly narrow down your search results by suggesting possible matches as you type.
Showing results for
Search instead for
Did you mean:
Users
Announcements