Yes, by all means, let's discuss Hillary, who has nothing to do with this thread, who is not the one who breathed new life into a disgusting, hate filled movement, run by the most disgusting, ignorant, dispiciable lowest life forms in this country.  Let's not discuss the murder of an innocent anti-hate protester--and OF COURSE, we wouldn't want to discuss the racist who yesterday gave these animals the okay to continue their ignorant actions.  LET'S NOT DISCUSS the fact that since the "president" who made it very clear he was one of these ignorant, fear driven disgusting racists, who through their own words during interviews proudly declared their violent intent, hate crimes have risen. Let's not discuss the fact that trump equated Washington with Lee, or that his rant sounded more like that of an insane dictator than that of an American president.  And, of course, we won't discuss that his approval rating is 34%--and is bolstered by the same disgusting animals who violated the people of Charlottesville and America.

YES, FOR THE LOVE OF AMERICA AND WHAT SHE STOOD FOR BEFORE THE RACIST WAS VOTED IN BY HIS DISGUSTING BASE, LET'S TALK ABOUT HILLARY.

The ignorance of anyone who supports this animal in the White House is beyond comprehension.

But, I digress, let's talk about Hillary.

Just checking in to see if anybody is supporting Trump. Are the conservatives still pretending he is running against Hillary?

The deflection and distraction crowd are now attempting to craft a response that allows them to attempt to say that they have some sense of morality....which Donald just discarded yesterday.

That is what every Republican will have to answer in the 2018 election -  describe how you have any moral authority as you sat on your hands and didn't protest after Donald Trump just stated that he had none.

Donald cares about Donald and the power that the republicans gave him when they voted for him.    And he is ineffectual and that makes him lash out.    He supports groups that always want to resort to violence to solve whatever problem they conjure up.    Sadly, he still has daddy problems and at 70 has never been able to act like an adult so he relies on what daddy did - support the KKK.

Did you see that North Korea threat is being removed - diplomatically.

Do you care that Internet is being throttled and according to FCC - everyone has a smart phone so Internet speed at home is unimportant?

Did you miss that States are stopping coal mines.

RW revisionist history and it's false glorification of the Civil War via monuments continue to be physically removed around the country - last night, Baltimore!

You are mistaken the reason that people voted for Trump. they voted for him, because first of all Hillary was a disgrace. and should have never run for President/ and then, because they thought that he would really shake thngs up in DC and make this government work, As a Republican it is his duty to follow the Republican Platform.
But now, he has really unmasked himself and has shown all, his true self. His complete narcisim, autocratic, personality,
He is stomping on all the insitutions that have always been the foundation of this country. and now, actually uniting himself to a group of individuals that should invoke your scorn, and activily  show , your lack of support to a President,  that completely is for Neo Nazis, White Supremacies.  You may have wanted Trump to win, but did you ever expected that you would be defending these other people?

Yes, Hillary's popularity continues to sink, according to polls.

However, recent polls show Warren beating Trump by as much as 9 points. 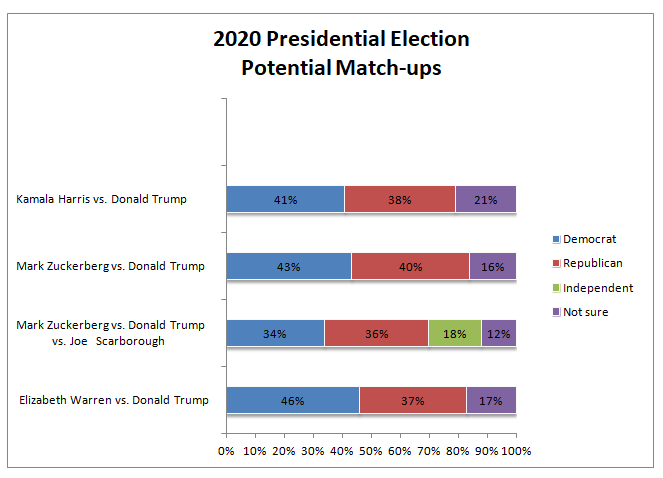 Where do you GET this stuff?  First, Hillary is not running now so you can stop pretending she is a candidate. Warren is NOT running the Democratic party. She is just incredibly smart.  How do you feel about Trump destroying the vain attempt at damage control his media folks worked out?

Bet that was embarrassing.

Poll after poll says that if Trump ran against Hillary today, HE WOULD STILL WIN. Really?  Can you prove it?  TODAY is August 15.

Report Inappropriate Content
3
Kudos
1386
Views
Reply
3 Kudos
Turn on suggestions
Auto-suggest helps you quickly narrow down your search results by suggesting possible matches as you type.
Showing results for
Show  only  | Search instead for
Did you mean:
Users
Announcements