Despite how tired my body feels right now.....

Sometimes, the cutest things on earth are hidden from our eyes. But thanks to modern technology, most of the times these hidden things are brought in to focus. Recently, we came across with such a cute picture of a tiny owl hidden behind a giant mushroom. It was pretty and it seemed that many people were also awed with the picture. A few hours after releasing it, the picture went viral and might even have appeared in your News Feed! So, we thought of interviewing (She has done this interview few years back) the photographer, Tanja Brandt to know the story behind the picture. Speaking to us she said,

“Poldi, our little owl is 1,5 years old. I got him when he was five months old. He didn’t want to come out of his egg and he was very small, the smallest. His six sisters were all hatched, and as he was the last to be born, days after the others, he was very small. I also have a Harris Hawk named Phönix, a Weissgesichtseule named Gandalf, and a snow owl named Uschi”. 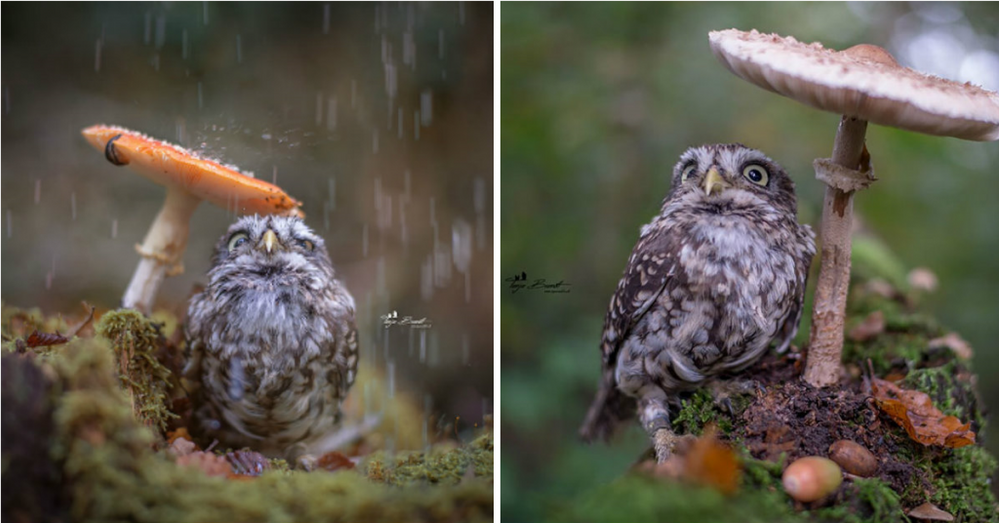 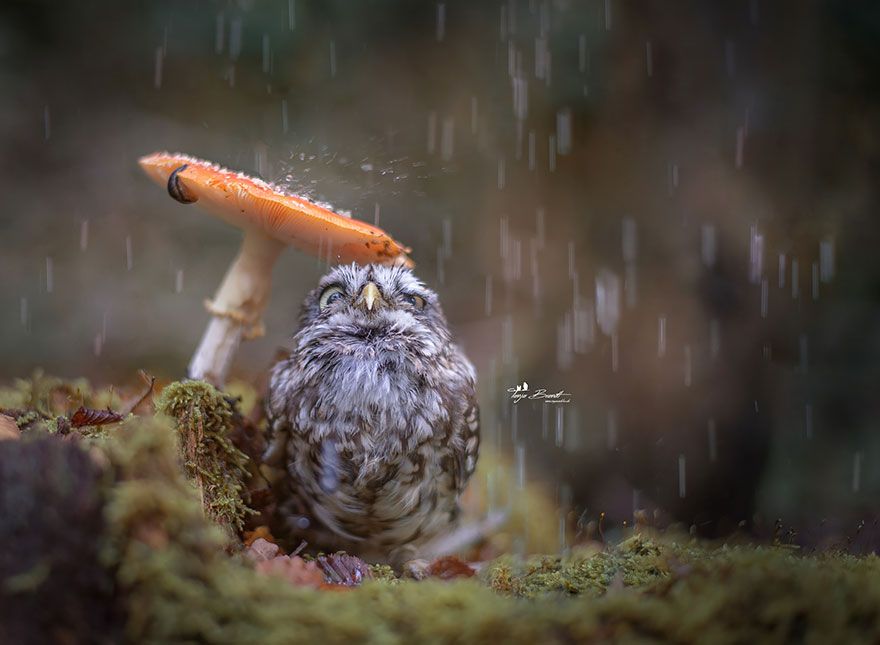 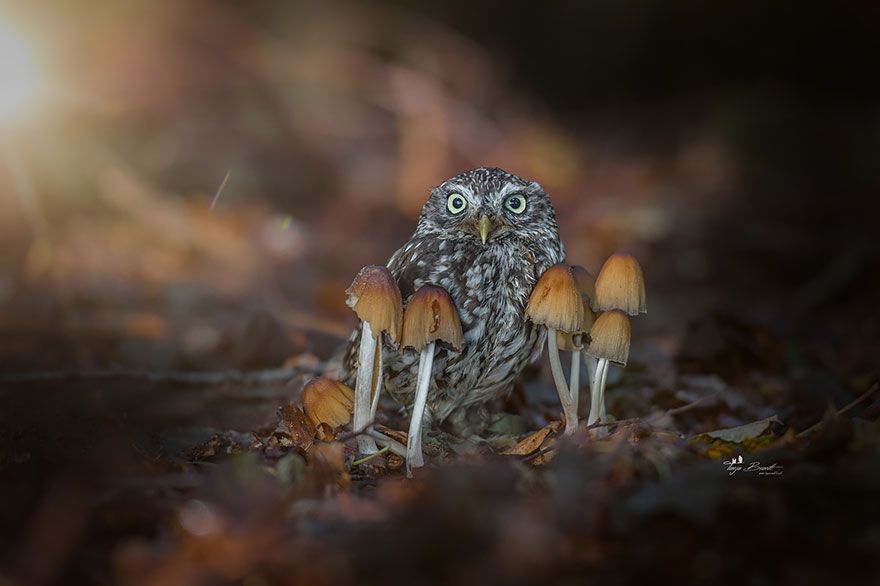 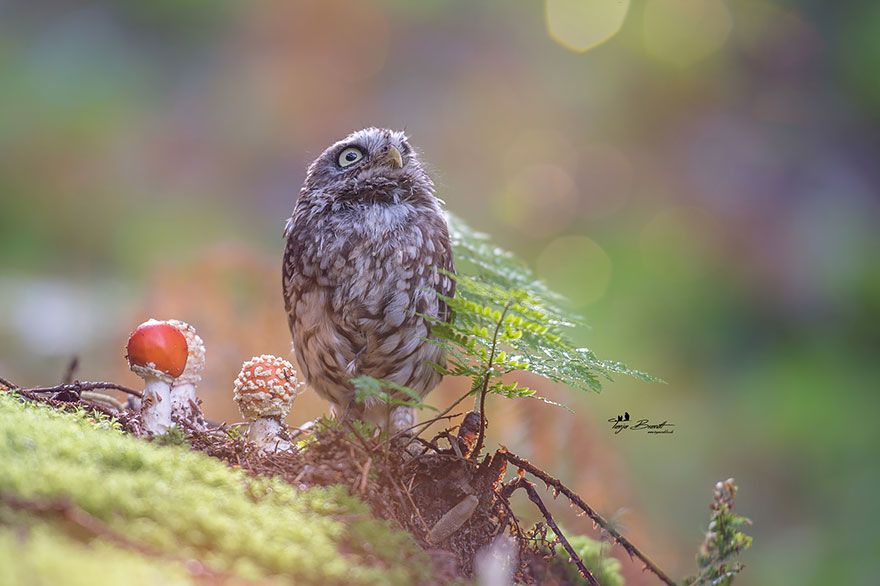 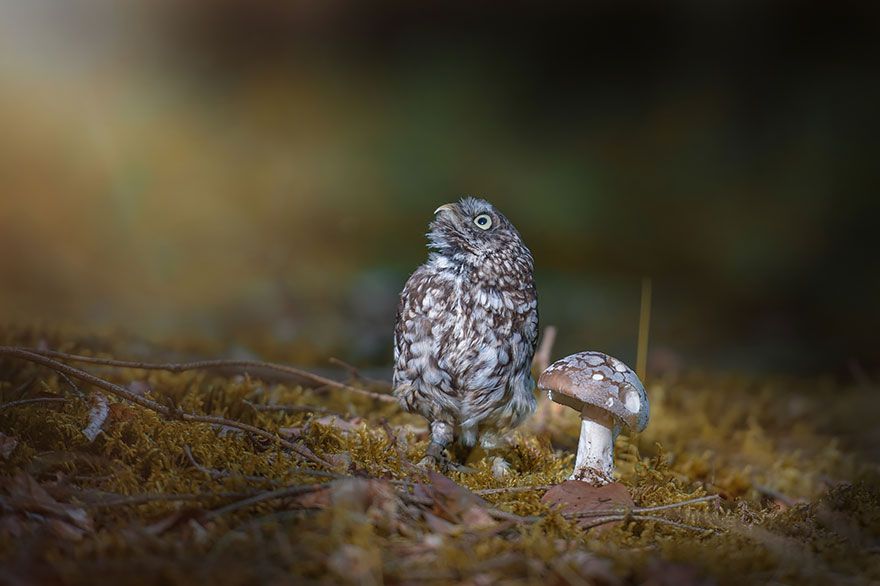 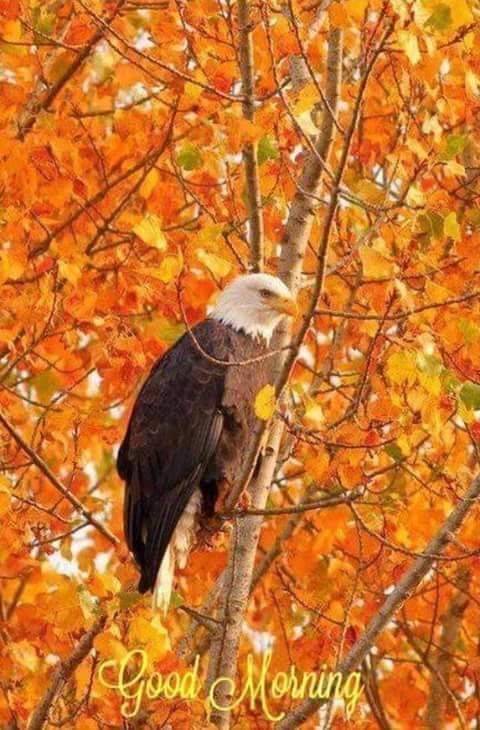 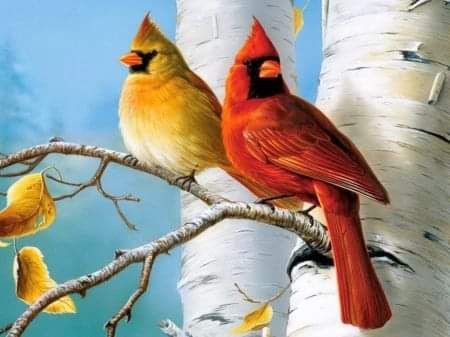 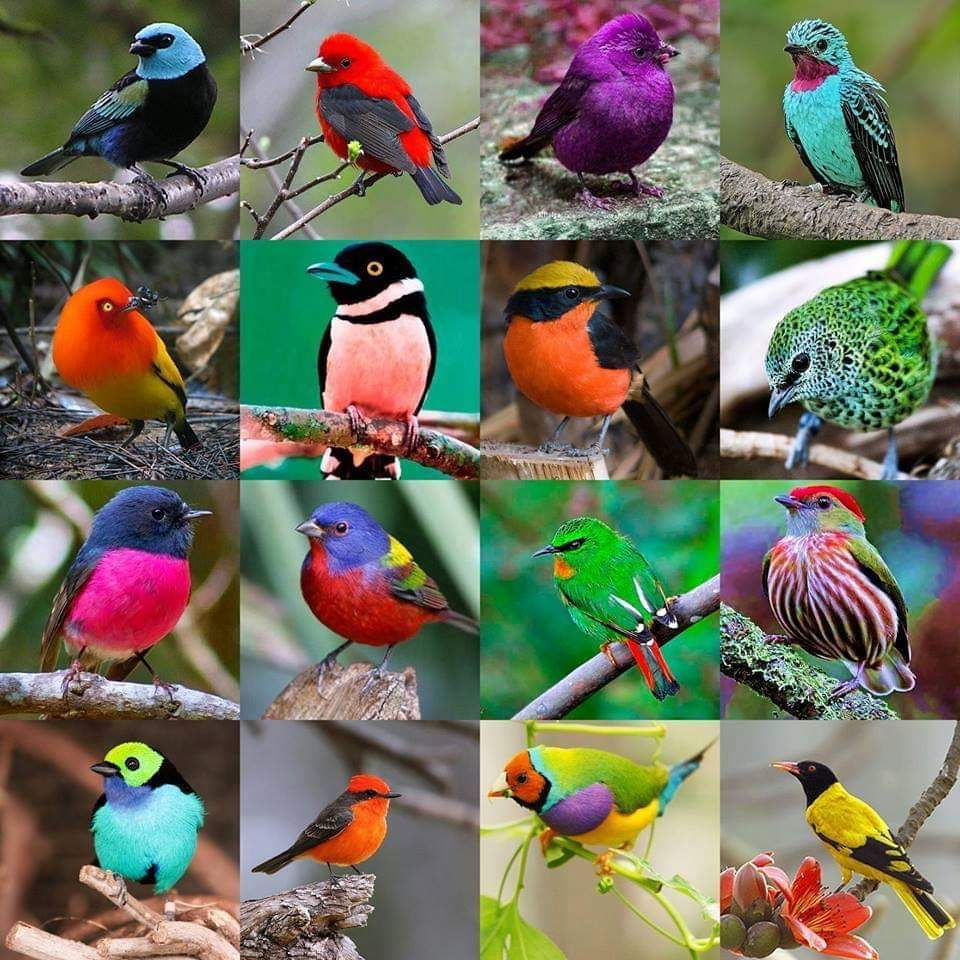 @DaveMcK, in my previous post, I commented on how creative God can be with neutrals.  But oh my goodness....how He outdoes himself when working in living color!

Good morning to all of the Bird Watchers on the Front Porch!

@DaveMcK, I love your pics as usual.  Isn't it amazing what God can do with neutral colors? 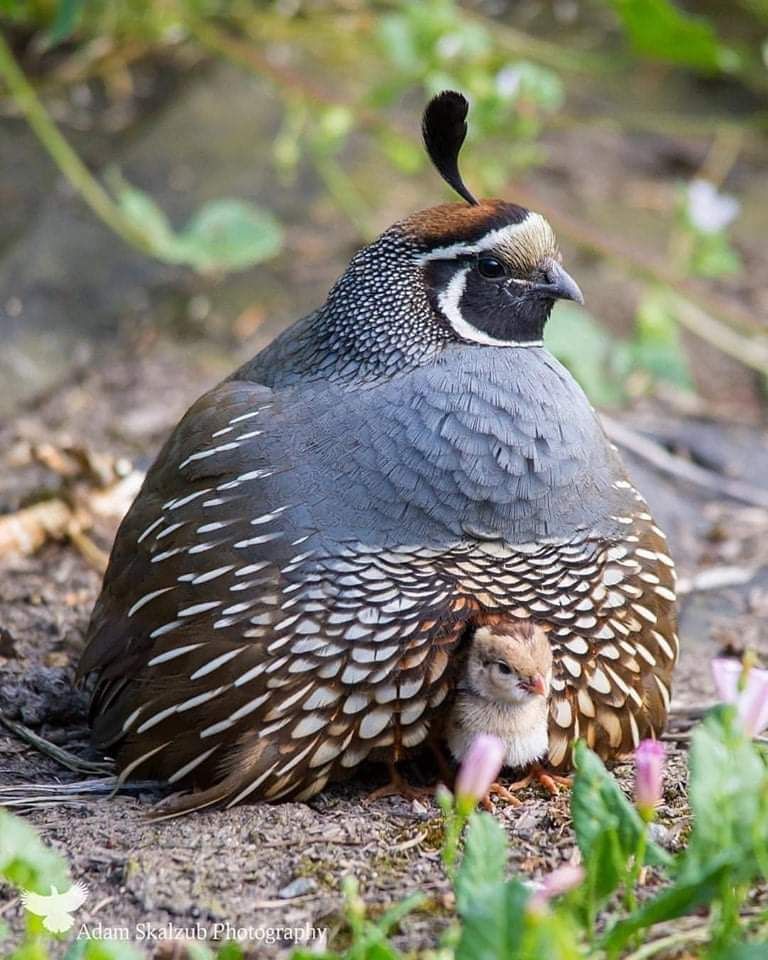 California Quail are plump, short-necked game birds with a small head and bill. They fly on short, very broad wings. The tail is fairly long and square. Both sexes have a comma-shaped topknot of feathers projecting forward from the forehead, longer in males than females.

Adult males are rich gray and brown, with a black face outlined with bold white stripes. Females are a plainer brown and lack the facial markings. Both sexes have a pattern of white, creamy, and chestnut scales on the belly. Young birds look like females but have a shorter topknot.

California Quail spend most of their time on the ground, walking and scratching in search of food. In morning and evening they forage beneath shrubs or on open ground near cover. They usually travel in groups called coveys. Their flight is explosive but lasts just long enough to reach cover.

You’ll find California Quail in chaparral, sagebrush, oak woodlands, and foothill forests of California and the Northwest. They’re quite tolerant of people and can be common in city parks, suburban gardens, and agricultural areas. 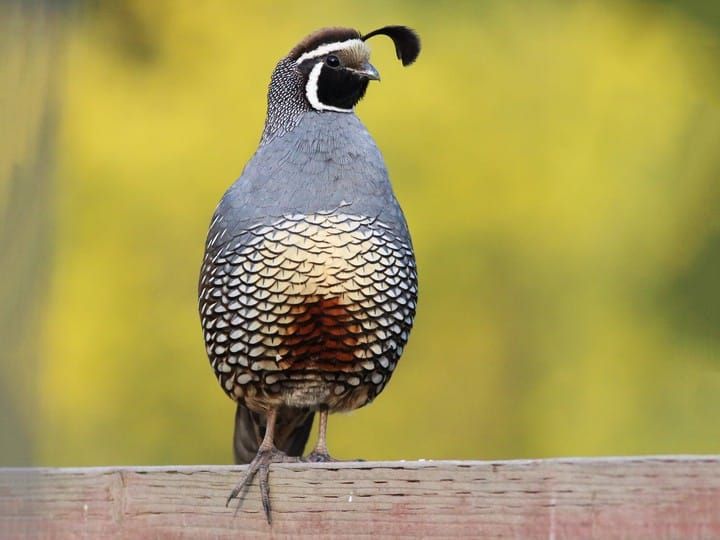 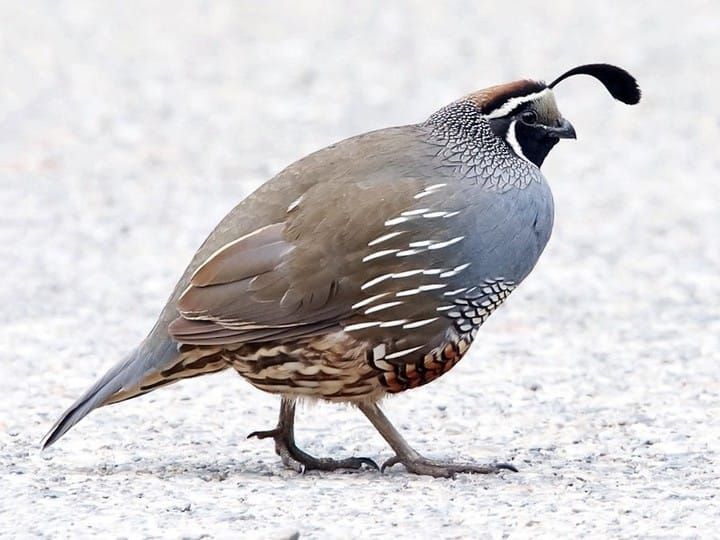 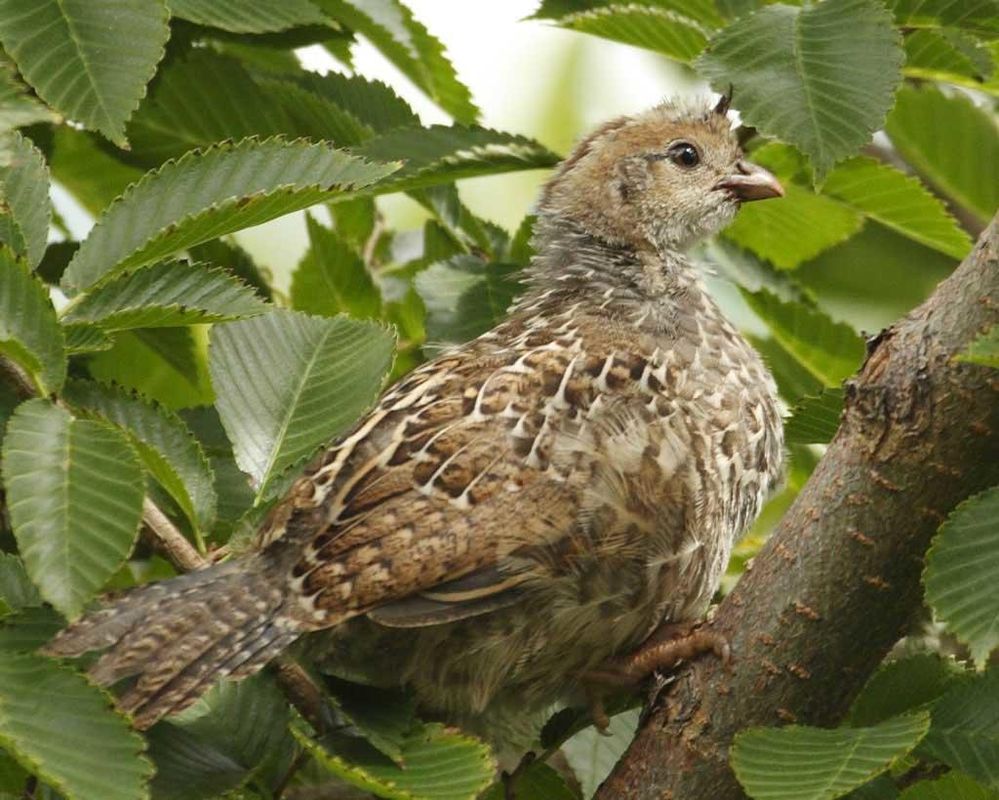 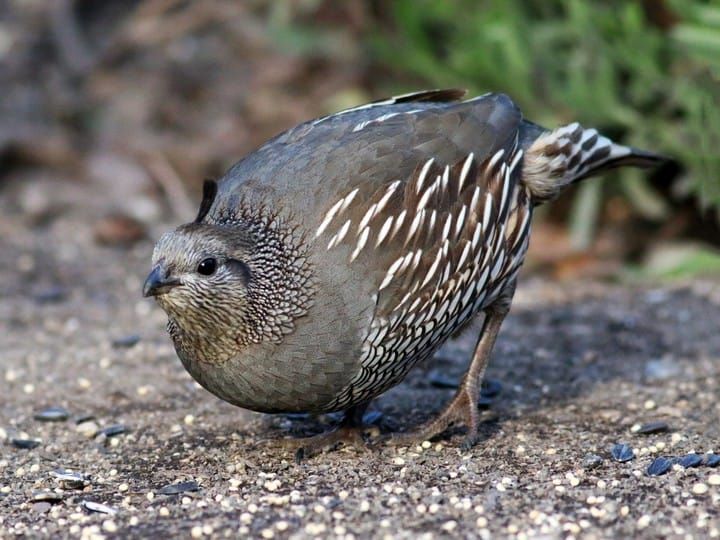 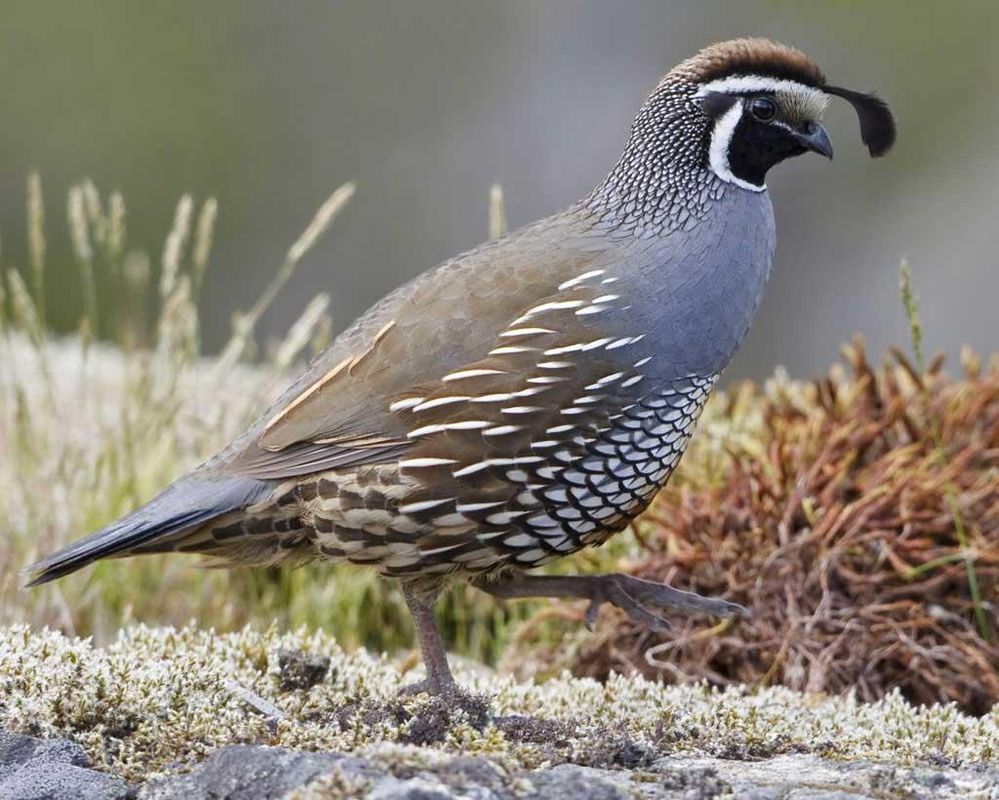 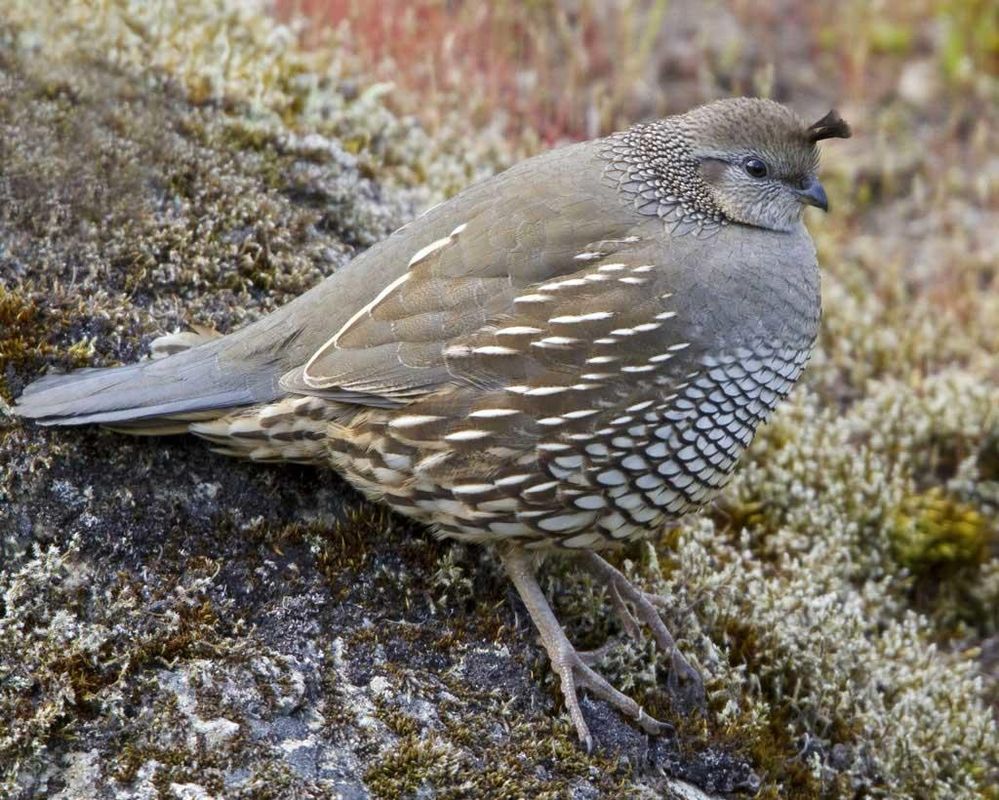 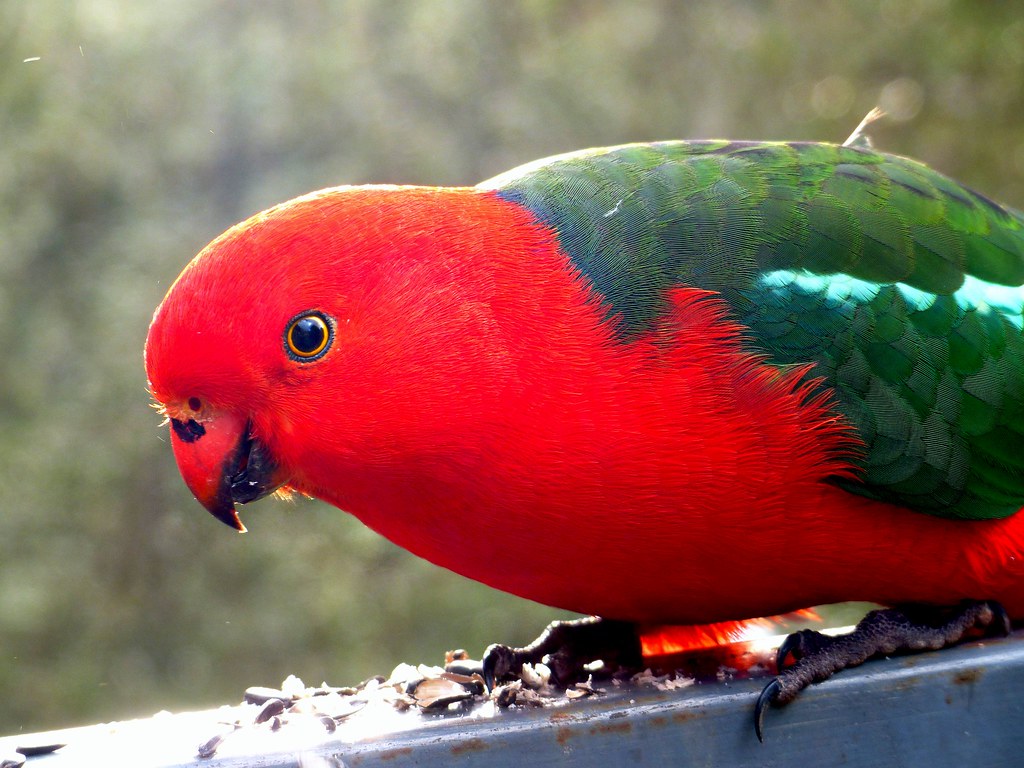 The Australian king parrot (Alisterus scapularis) is endemic to eastern Australia ranging from Cooktown in Queensland to Port Campbell in Victoria. Found in humid and heavily forested upland regions of the eastern portion of the continent, including eucalyptus wooded areas in and directly adjacent to subtropical and temperate rainforest. They feed on fruits and seeds gathered from trees or on the ground.

Adults of both sexes are about 43 cm (17 in) in length, including the long, broad tail. The adult male has a red head, breast, and lower undersides, with a blue band on the back of the neck between the red above and green on the back, the wings are green and each has a pale green shoulder band, the tail is green, and the rump is blue. The male has a reddish-orange upper mandible with a black tip, a black lower mandible with an orange base, and yellow irises. The plumage of the female is very different from the male having a green head and breast, a grey beak, and the pale shoulder band is small or absent. Juveniles of both sexes have brown irises and a yellowish beak, and otherwise resemble the female.

In their native Australia, king parrots are occasionally bred in aviaries and kept as calm and relatively quiet household pets if hand-raised. They tend to be selective in their choice of seeds they eat and tend not to ingest small seeds in pre-packaged retail bags. They are relatively unknown outside Australia. As pets, they have limited "talking" ability and normally prefer not to be handled, but they do bond readily to people and can be very devoted. Life expectancy in the wild is unknown, but some pets have been known to live up to 25 years.

SUPERGIRL, NO REALLY I MEAN IT! HER REAL NAME & MINE ARE THE SAME( FIRST 2 NAMES ARE)
Report Inappropriate Content
Reply
0 Kudos
Highlighted

1,381 Views
Message 50 of 117
WISH I COULD GIVE YOU A DOZEN KUDOS FOR POSTING THIS- SO IMPORTANT THAT WE OWN UP TO THE ROOT CAUSE& TAKE ACTION! THANK YOU.
SUPERGIRL, NO REALLY I MEAN IT! HER REAL NAME & MINE ARE THE SAME( FIRST 2 NAMES ARE)
Report Inappropriate Content
Reply
0 Kudos
Turn on suggestions
Auto-suggest helps you quickly narrow down your search results by suggesting possible matches as you type.
Showing results for
Show  only  | Search instead for
Did you mean:
Users
Announcements