1,101 Views
Message 41 of 83
DO YOU KNOW IF THESE BIRDS WOULD BE FOUND IN NORTH TEXAS? OR THE SOUTHERN PLAINS? COULD THEIR ACTIVITIES SOUND LIKE A WOODPECKER?
SUPERGIRL, NO REALLY I MEAN IT! HER REAL NAME & MINE ARE THE SAME( FIRST 2 NAMES ARE)
Report Inappropriate Content
0
Kudos
1101
Views
Reply
0 Kudos 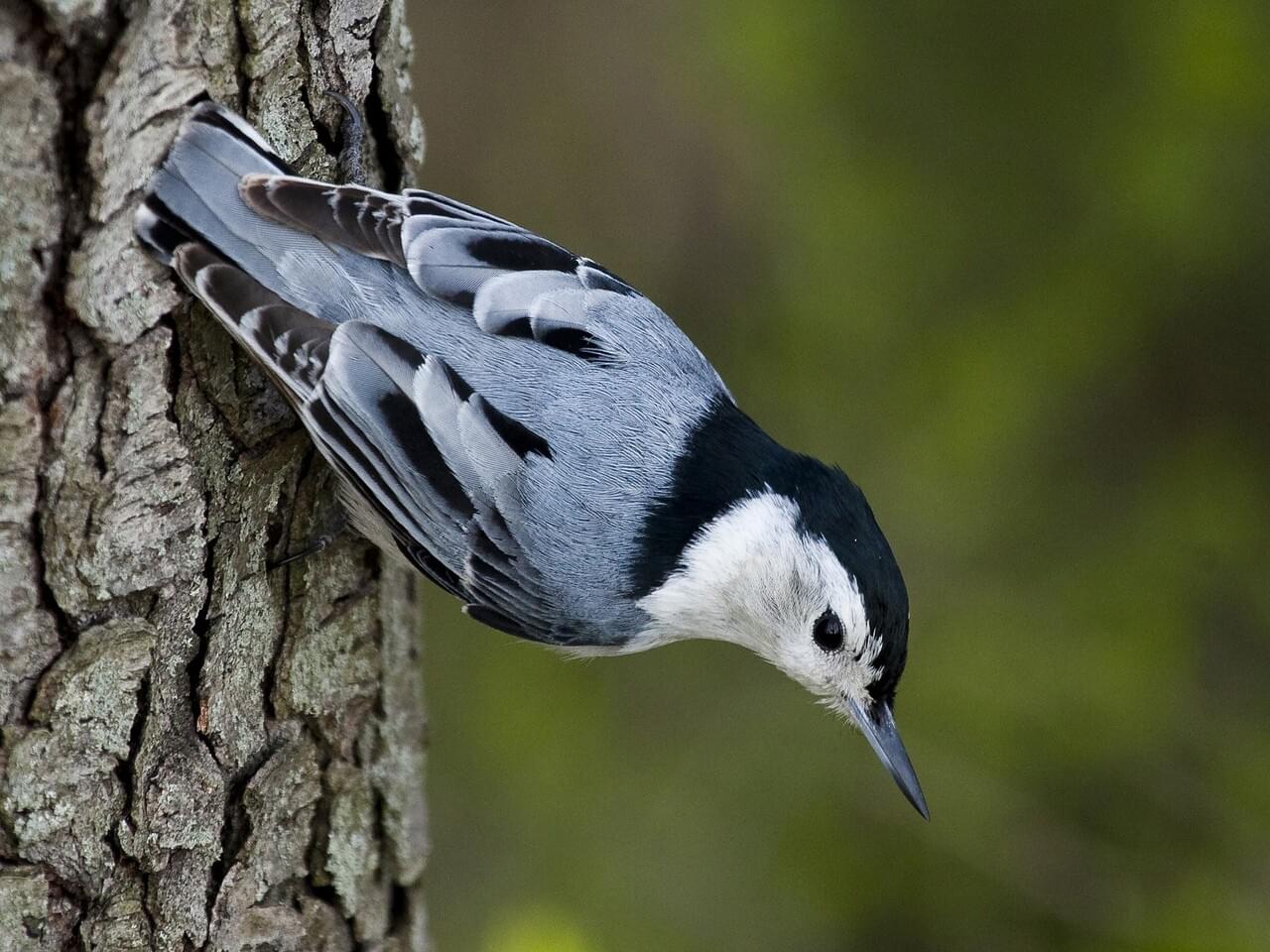 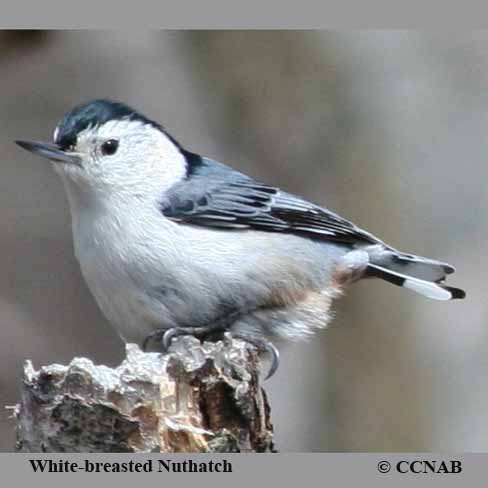 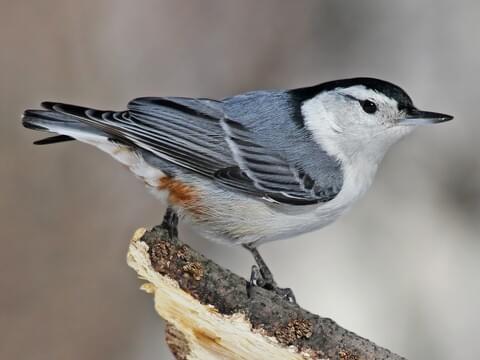 A common feeder bird with clean black, gray, and white markings, White-breasted Nuthatches are active, agile little birds with an appetite for insects and large, meaty seeds. They get their common name from their habit of jamming large nuts and acorns into tree bark, then whacking them with their sharp bill to “hatch” out the seed from the inside. White-breasted Nuthatches may be small but their voices are loud, and often their insistent nasal yammering will lead you right to them.

The White-breasted Nuthatch is normally territorial throughout the year, with pairs staying together. The male has to spend more time looking out for predators when he’s alone than while he’s with his mate. That’s the pattern for most birds, and one reason why birds spend so much time in flocks. But the female nuthatch has to put up with the male pushing her aside from foraging sites, so she spends more time looking around (for him) when he’s around than when she is alone.

In winter, White-breasted Nuthatches join foraging flocks led by chickadees or titmice, perhaps partly because it makes food easier to find and partly because more birds can keep an eye out for predators. One study found that when titmice were removed from a flock, nuthatches were more wary and less willing to visit exposed bird feeders.

If you see a White-breasted Nuthatch making lots of quick trips to and from your feeder – too many for it to be eating them all – it may be storing the seeds for later in the winter, by wedging them into furrows in the bark of nearby trees.

The oldest known White-breasted Nuthatch was at least 9 years, 9 months old when it was found in Colorado.

1,150 Views
Message 43 of 83
THANKS FOR SHARING SO MUCH ABOUT THESE BEAUTIFUL CRITTERS- NEVER THOUGHT TO LOOK FORT HEM IN MY INNER CITY NEIGHBORHOOD UNTIL ONE DAY I OPENED BACK DOOR & LOOKED AT DEAD TRUMPET VINE, GIANT BIRD HABITAT, FOR CARDINALS AS USUAL& SAW THE BLACK/GREY UNMISTAKABLE SHAPE OF AN OWL BACK ! NOW I KNOW TO LOOK FOR THEM. BARN OWLS IN INNER CITY?
SUPERGIRL, NO REALLY I MEAN IT! HER REAL NAME & MINE ARE THE SAME( FIRST 2 NAMES ARE)
Report Inappropriate Content
1
Kudos
1150
Views
Reply
1 Kudo 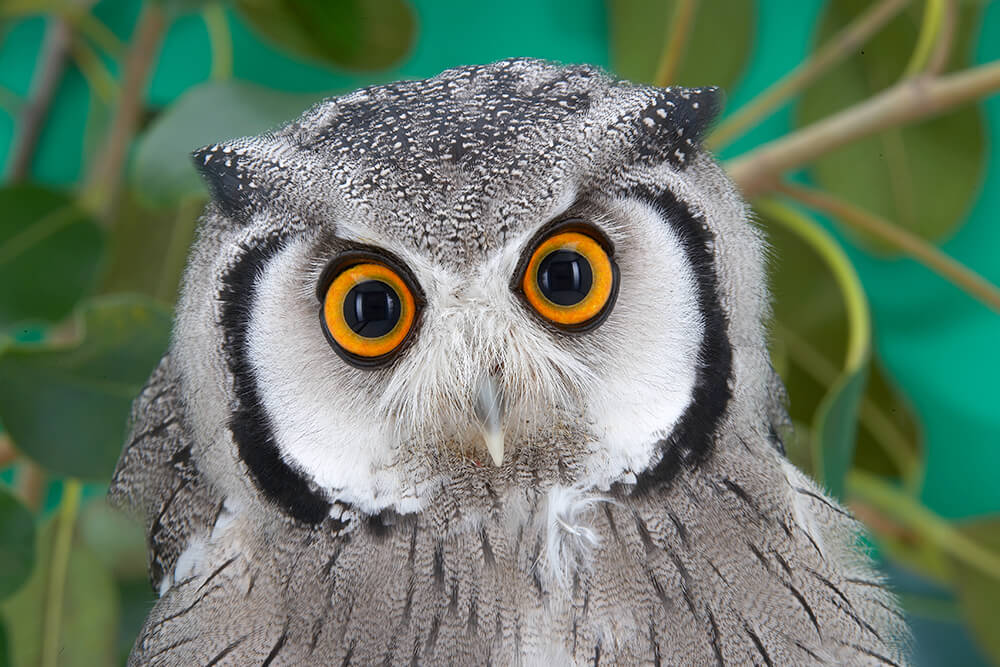 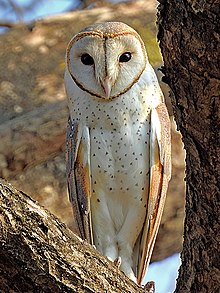 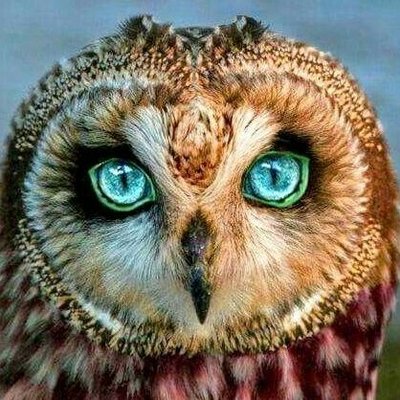 The subject here is The Owl.  Here are some quick-facts:

The sounds of various owls:

1,070 Views
Message 45 of 83
THANK YOU FOR THE CLARIFICATION. WHAT ABOUT THE "COO-COO-CA-JOO" CALL? AM I LIKELY TO SEE/HEAR THESE BIRDS IN NORTH TEXAS YEAR-ROUND?
( INNER CITY?) WILL TRY THE APP.
SUPERGIRL, NO REALLY I MEAN IT! HER REAL NAME & MINE ARE THE SAME( FIRST 2 NAMES ARE)
Report Inappropriate Content
0
Kudos
1070
Views
Reply
0 Kudos

Pigeons and doves constitute the animal family Columbidae and the order Columbiformes, which includes about 42 genera and 310 species. They are stout-bodied birds with short necks, and short slender bills that in some species feature fleshy ceres. They primarily feed on seeds, fruits, and plants. Pigeons and doves are likely the most common birds in the world; the family occurs worldwide, but the greatest variety is in the Indomalaya and Australasia ecozones.

The distinction between "doves" and "pigeons" in English is not consistent, and does not exist in most other languages. In everyday speech, "dove" frequently indicates a pigeon that is white or nearly white; some people use the terms "dove" and "pigeon" interchangeably. In contrast, in scientific and ornithological practice, "dove" tends to be used for smaller species and "pigeon" for larger ones, but this is in no way consistently applied. Historically, the common names for these birds involve a great deal of variation between the terms. The species most commonly referred to as "pigeon" is the species known by scientists as the rock dove, one subspecies of which, the domestic pigeon, is common in many cities as the feral pigeon.

Pigeon is a French word that derives from the Latin pipio, for a "peeping" chick,[2] while dove is a Germanic word that refers to the bird's diving flight.[3] The English dialectal word "culver" appears to derive from Latin columba.[2]

Doves and pigeons build relatively flimsy nests, often using sticks and other debris, which may be placed on trees, ledges, or the ground, depending on species. They lay one or two eggs at a time, and both parents care for the young, which leave the nest after 7–28 days.[4] Unlike most birds, both sexes of doves and pigeons produce "crop milk" to feed to their young, secreted by a sloughing of fluid-filled cells from the lining of the crop. Young doves and pigeons are called "squabs". There is an APP you can download free called North American Bird. It has a lot of bird calls. I use Google Play Store.

998 Views
Message 48 of 83
IS THERE AN EASY WAY TO TELL MORNING FROM TURTLE DOVES FROM PIGEONS? WHICH ONE MAKES A "COO-COO- CA-JOO" CALL? WHEN I HEAR IT, I'M SURE THAT'S WHERE JOHN & PAUL FOUND THEIR CHORUS FOR "I AM THE WALRUS"-"COO-COO- CA JOOB"!
SUPERGIRL, NO REALLY I MEAN IT! HER REAL NAME & MINE ARE THE SAME( FIRST 2 NAMES ARE)
Report Inappropriate Content
0
Kudos
998
Views
Reply
0 Kudos

996 Views
Message 49 of 83
I find mourning doves in my backyard daily. They love feeding with the other fowls that my feeders attract. Simple and yet beautiful bird.
Report Inappropriate Content
0
Kudos
996
Views
Reply
0 Kudos

Great video of this amazing bird!

Report Inappropriate Content
0
Kudos
1034
Views
Reply
0 Kudos
Turn on suggestions
Auto-suggest helps you quickly narrow down your search results by suggesting possible matches as you type.
Showing results for
Search instead for
Did you mean:
Users
Announcements