Thanks Nancy and catwoman500 for your words of support yesterday following my harrowing road trip to the grocery store.  In fact, by the time I got home yesterday evening, I was so pooped all I could do was eat a light meal and hit the hay.  Yep, I was in bed before eight o'clock and asleep shortly thereafter.  But today is a new day (and "it" is now almost over).  So I have no complaints.  Hope everybody is doing well today and tomorrow brings each and every one the blessing of life, health, strength, and a sound mind.  Godspeed!

@LydiaN586309... HOLY COW! You are very brave, I probably would have turned around and gone home at the second accident!

Waiting for Amazon deliveries. Hate it when it's dark and they deliver.

Boy, what an adventure. Thank goodness you are in for the night. Please be safe and stay safe and warm

Morning has slip away to early nightfall.  It's been raining here, off and on, for the past two days.  So needless to say, my new garage roof was not installed.  Hopefully, Tuesday or Wednesday will be dry days and the work can be completed then.  Fingers and toes crossed.

When it was not raining, the sun had the audacity to poke it's head through the clouds--I guess  just to taunt me.  But when the weatherman kept boasting about the unusally warm temperature (62 degrees), I finally decided to venture out. And once I stepped of out the house, I was indeed pleasantly surprised by the warmth and balminess of the air.  The rain had stopped (for the moment) and the sun was making her appearance. So I felt it safe to head to the grocery store to pick up a few items.

I wound my way through my subdivision and made it up to the main street.  I had not travelled more than a mile or two when  I encountered a major accident. There was debris all over the road and mangled cars in the middle of the street and up on the  curb.  I slowed to a stop, but had to vigorously wave off the driver behind me as he seemed inclined to barrel on through--oblivious to the calamity in front of us or even to the fact that I was completely stopped in front of him. Slowly, I had to go around the glass and car body parts in the road and a long line of drivers followed suit behind me.

I continued driving and began to note on my dashboard that the temperature had dropped from about 62 degrees, down to 58 and dropping.  But undaunted, I kept driving. Afterall, the sun was still out.  So by the time I reached the next major cross street and my next turn, I found myself staring at another accident. This time involving and SUV and a sedan that was  going the wrong way.  There was a  senior citizen who had gotten out of her car and was wandering in the street and people helped her to the side of the road.  I called 911 and was told the police were already on their way.  At this point, the sun decided to take leave and the clouds closed up tight against any further hope of sunlight.  The temperature was now dropping fast.  But on I drove.

I turned the corner and maybe two blocks ahead of me,  I could not believe my eyes.  For there was a tremendous multiple car and truck accident blocking part of the road and apparently someone crashed into a  moving van and drove it up onto the curb and into a small parking lot and it lay on it's side--a smashed mess.  The  fire dept. and police were on the scene and were trying to get the van upright so it could be towed.  I guess the ambulances were tending to the injured. There were so many flashing lights,  it looked like Christmas already!   And so, I drove around the the excitement--on to the grocery store.

I pulled into my parking space and just sat there and took a few deep breaths.  Glad I made it there safe. Anticipating the energy needed to shop. And thankful that although the sun had been overtaken by the clouds, it was still fully light.  So I went in, did my shopping, loaded my car, and drove home.  And I made it!  Safe!  And then little drops of water flecked my windshield.  I knew I needed work fast.  And so I did. Groceries out of the car and into the house in what was for me --a flash.  Not  only was the rain now coming down as I closed the door. But the temperature was rapidly dropping. What happened? Moreover, here it is now only 5:30pm and it is pitch black outside.  5:30pm.  Pitch black.  I think I'll light the fireplace tonight.

Hope you all are well and enjoying your weekend.

Just an over cast day here for the first day of December. Boy, some of you have many projects to handle this time of year. I am just going to be trying to be taking it easy today and for a while. That doesn't mean, I am going to stop everything just slow down. I hope all your projects are completed on schedule . Nancy

Good morning to everyone out there on the Front Porch! We are looking at about 1" of rain today with temps in the mid to upper 30's. Tomorrow it will be that infamous winter mix. Uhh

Hoping everyone has a great weekend on this first weekend of December 2018.

We will be adventurous tonight by going out to see a local production of "A Christmas Story ".

We can not fight it so we will just have to except the fact that Winter is here! Humbug! 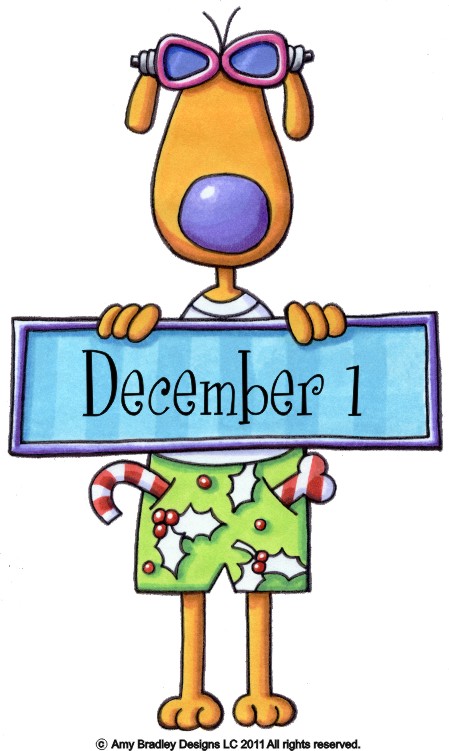 Cloudy and chilly here today, but at least the wind died down. It was blustery for a couple of days. Funny, but it's 39 here, too! Rain is expected for a lot of the weekend.

My house looks like a tornado hit...Christmas boxes and decorations pulled apart all over the place. I hope to get it all together and restored to normalcy (holiday style) soon.

Speaking of bad weather...just heard there was a major earthquake 8 miles north of Anchorage. Yikes! Report Inappropriate Content
2
Kudos
1034
Views
Reply
2 Kudos
Turn on suggestions
Auto-suggest helps you quickly narrow down your search results by suggesting possible matches as you type.
Showing results for
Search instead for
Did you mean:
Users
Announcements