New Jersey's News was all weather also, warmings for tornadoes.  I was very lucky, just a light show in the sky, some rain. I can only imagine how scary that experience was for you 😉.  I am so happy that you are safe and sound.  I did learn something very interesting, if you split the hall stone, you can tell it's life span. Not sure how you do this. Does anyone have a better understanding of the life span of a hall stone.?

We are just getting a steady rain.

Just packing up boxes and watching 5 🐕. I have 2 visiting pups for a while . Everyone please be safe 🙏. Enjoy your Evening 😊.,.. Nancy

New Jersey's News was all weather also, warmings for tornadoes.  I was very lucky, just a light show in the sky, some rain. I can only imagine how scary that experience was for you 😉.  I am so happy that you are safe and sound.  I did learn something very interesting, if you split the hall stone, you can tell it's life span. Not sure how you do this. Does anyone have a better understanding of the life span of a hall stone.?

We are just getting a steady rain.

Just packing up boxes and watching 5 🐕. I have 2 visiting pups for a while . Everyone please be safe 🙏. Enjoy your Evening 😊.,.. Nancy

67* and partly cloudy, I’m late as per usual couldn’t sleep until 5 am. At least I got some work done.

And yes, after long days/nights, I'd still like to swing these hunks of glass , plastic and silicon against the nearest wall Come on retirement!
Report Inappropriate Content
2
Kudos
1506
Views
Reply
2 Kudos
Highlighted

Wow! What a wild day here yesterday! No evening news on local TV…all weather. We had tornado warnings, hail, wind, and rain. It was so scary! Now they are showing clips and reports of devastating damage. At one point yesterday they showed videos of egg sized hail not that far from me. It’s unreal when they say a tornado may hit your area in like 5 minutes. They have it timed out as to when it may hit each surrounding town.

I was doing dishes and jumped about a foot when hail hit the window in front of me. Sounded like someone shot at the window. It was so dark at 5PM it was like the middle of the night. All the windows steamed up and I couldn’t see what was going on other than hearing the hail and wind and rain. I know my trashcan was knocked over and the bags fell out. Some Good Samaritan must have up righted it either later last night or early this AM. One bag ended up at the corner with my neighbor’s basketball.

Once again, other than the scariness, we (at least this neighborhood) were spared any major damage. Plenty of little tree limbs and twigs all over, but that is nothing compared to trees ending up in living rooms, cars under trees, flooding and power outages in nearby areas. I checked my car for dings and my plants for damage, but thankfully all is OK around here.

Also I could never even attempt what @LydiaN586309 did! I'm not that brave.

Woke up to sun this AM, but the worst thing is that the same tornadic, etc. conditions are forecast for this afternoon.

Ha! The old-timey street-cleaning machine is on my street right now. Not sure if that was already scheduled or whether they are really on the ball in my little borough.

a new nck  is born , logging Lydia complete with reciprocating in hand.😎

You do what you need to do with tools in hand.

Most localities are top wire is power, next Telephone, next Cable.

Discovered when I called FD for one of my lovely storms and wire that came down in Street.

I only had aluminum, sure plan for fireworks.

Pretty much what I got except they were Eaton’s to replace circuit breakers.

Most are unaware of surge strips need to be replace every 2 years.

49* cloudy and need to dash, dizzily.

And yes, after long days/nights, I'd still like to swing these hunks of glass , plastic and silicon against the nearest wall Come on retirement!
Report Inappropriate Content
2
Kudos
1548
Views
Reply
2 Kudos
Highlighted

91 for  high today, humidity only 37%, dont know why it feels so horribly hot. There was a weather statement that we will be having unseasonably  hot weather till mid week.  Midwest apparently has all of our rain, not much possibility n the next 10 days.  Looks rather dry outside, may be heading into a  drought this year.

It's a beautiful morning thus far; not necessarily because of the weather, but just because...we're here!

One day during the past week, a quick storm blew through and snapped one of my smaller trees.  Thank goodness it was one of the small ones as it ended up toppling onto all three lines connected to my home--my cable line, the phone line, and the electrical line.  So as I stood there surveying the situation, I decided to attempt to remove the tree from the lines without damaging them or me.  And although the lines were sagging, none of them had been totally taken down by the tree.  So I got on my trusty wooden ladder and tied a rope to the part of the tree I could reach near the top and threw it ways away from it and the wires.  Then I moved the ladder to the mid way part of the tree (above the place were the trunk had broken).  My intention was to get the weight of the tree off the lines before they gave way.  So with my reciprocting saw in hand, I began to cut.  Cut, cut, cut.  Saw, saw, saw and finally the tree gave way and with a crack, the top part of the tree and all of it's leafy branches were now forming a tepee over the lines and the stress was now off of them.  I downed the ladder and pulled the rope--guiding the tree in the ultimate direction I wanted it to fall as it was not quite fully released yet.  So again I moved the ladder, climbed it, and began sawing again, but this time I was sawing the thickest part of the trunk of the tree where the original break had occurred.  Suddenly, I had sawn through and the tree gave way.  I got down from the ladder as fast as I could and gently guided the tree down by the rope.  The lines were now free and intact.  Hooray!

Exhausted from my efforts, I put my tools away and left the felled tree right where it lay--spread out in my backyard and waiting for another day when my strength and energy would be replenished.  By the weekend, I was ready to tackle the cutting up of the tree.  I ended up with several cans of yard waste and several small logs for my fireplace.  A win-win in my opinion.

I hope everyone had a good holiday weekend--with family and/or friends, good food, with rememberances of our lost service men and women who gave their lives for all of us.

Hope the week brings you all the best of everything.

I just can't let the day get away without saying to all...... 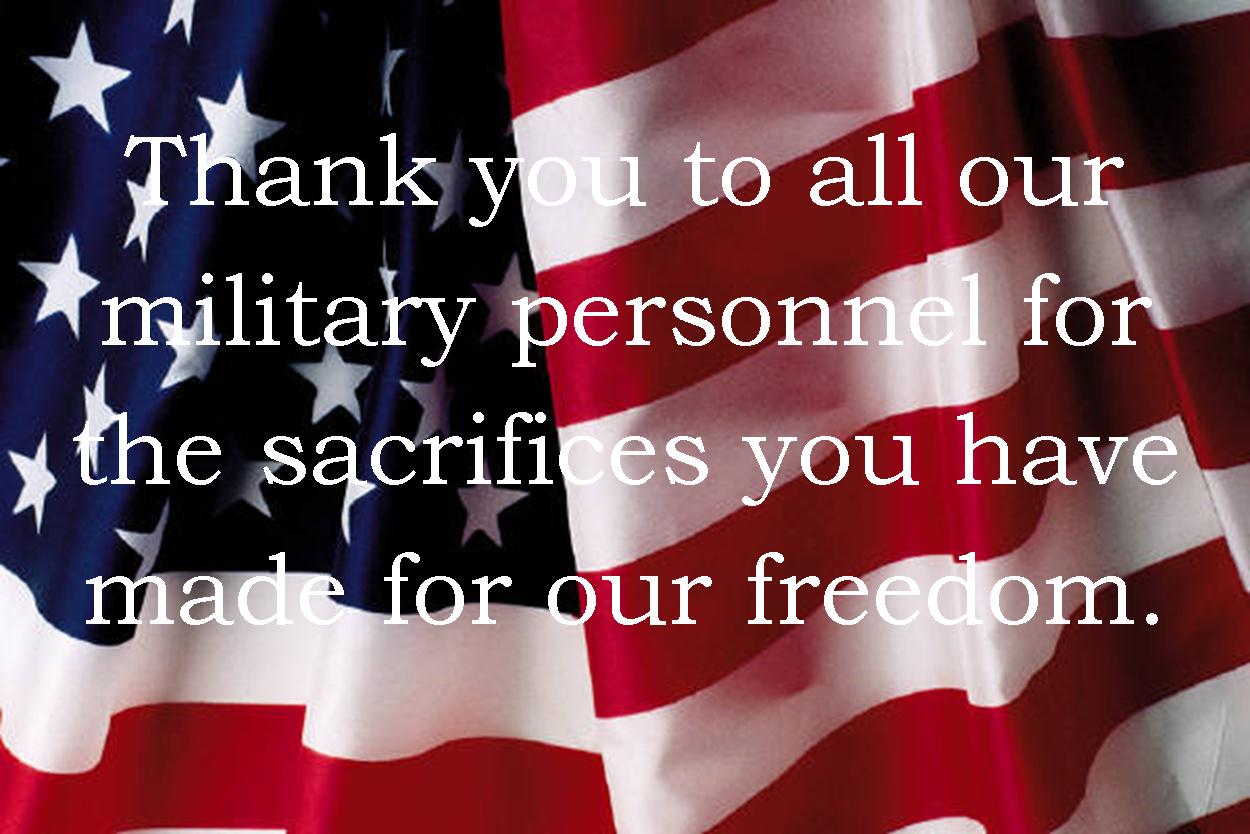 I suggest that everyone should have whole house surge protetors.

You likely have at least one of these things somewhere in your home – even if just in the form of a power strip – maybe protecting your modem, computer or TV. For many consumers today, an inline unit that’s connected at the outlet is an essential add-on to any expensive electronics we have in the home. What many consumers don’t realize is that these simple, inexpensive power strips may not be adequate for a serious surge. And you’ve likely overlooked your most expensive electronic devices, leaving them unprotected. Appliances such as your stove, refrigerator washer/dryer or air conditioning unitare all equally susceptible to a large percent of surges, yet most folks don’t bother to protect them. It’s estimated most households have around $10,000 of unprotected electronics on a standard circuit.

With our growing reliance on electronics and our inevitable move towards smart homes, it’s just not feasible to get a power strip for every single outlet in your home. But, you can protect every electronic device in your home with a small investment and a little elbow grease.

Thanks for the heads up on the appliances. When we came home , everything was blinking and buzzing. See, Monte and I left before the transformer blew. Since, I had the phone in the car, I was not aware of the black out. Power was out in my little town since 7am. We left at 6, I promised rides to people for the parade and lunch. Hope you enjoyed your day in NH.  Time to give Monte a bath. Hope everyone enjoys their evening.

I saw on the news, the service dog by the grave stone of his former owner. So heart 💔❤️ warming ❤️.

Report Inappropriate Content
2
Kudos
1547
Views
Reply
2 Kudos
Turn on suggestions
Auto-suggest helps you quickly narrow down your search results by suggesting possible matches as you type.
Showing results for
Show  only  | Search instead for
Did you mean:
Users
Announcements