588 Views
Message 42 of 222
Short Funny Stories That Will Crack You Up In 60 Seconds
I curated these funny stories from funny Tumblr stories. Get ready for a hurricane of LOL as you read all these funny short stories.
By January NelsonUpdated September 29, 2018

1. Now that’s what I call stupid: In my junior year of high school, this guy asked me on a date. He rented a Redbox movie and made a pizza. We were watching the movie and the oven beeped so the pizza was done. He looked me dead in the eye and said, “This is the worst part.” I then watched this boy open the oven and pull the pizza out with his bare hands, rack and all, screaming at the top of his lungs. We never had a second date.

2. The fake report card: I failed the first quarter of a class in middle school, so I made a fake report card. I did this every quarter that year. I forgot that they mail home the end-of-year cards, and my mom got it before I could intercept with my fake. She was PISSED—at the school for their error. The teacher also retired that year and had already thrown out his records, so they had to take my mother’s “proof” (the fake ones I made throughout the year) and “correct” the “mistake.” I’ve never told her the truth.

3. All the fish: I went to this girl’s party the week after she beat the **bleep** out of my friend. While everyone was getting trashed, I went around putting tuna inside all the curtain rods and so like weeks went by and they couldn’t figure out why the house smelled like festering death. They caught me through this video where these guys at the party were singing Beyoncé while I was in the background with a can of tuna.

4. How to win at video games: When I was little, I would go on Nickelodeon.com all the time and they had this game similar to Club Penguin, except it was called Nicktropolis. And if you forgot your password, a security question you could choose was “What is your eye color?” and if you got it right it’d tell you your password. So I would go to popular locations in Nicktropolis and write down random usernames who were also in those areas, and then I would log out and type in the username as if it were my own and see which of these usernames had a security question set to “What is your eye color?” (Which was most of them, since it was easy and we were all kids). I would then try either brown, blue, or green, and always get in, then I would go to their house and send all of their furniture and decorations to my own accounts. And if I didn’t want it, I could sell it for money.

5. Drama at my drama class: One time my drama class’s teacher had gone home sick so we were just put in a classroom with a movie to entertain us for the period when an alarm went off. None of us were sure if it was the fire alarm or the lockdown alarm, so we all head out into the hall to check and no one’s out there, so we head back in and climb under our desks as is lockdown procedure. Cut to an hour or so later when a teacher bursts in and nearly dies of relief because the school was on fire and we were the only students not accounted for and half the faculty and fire department had beenA Z searching for us for ages. Literally, the whole school had filled with smoke while we’d kept super safe under our wooden desks. 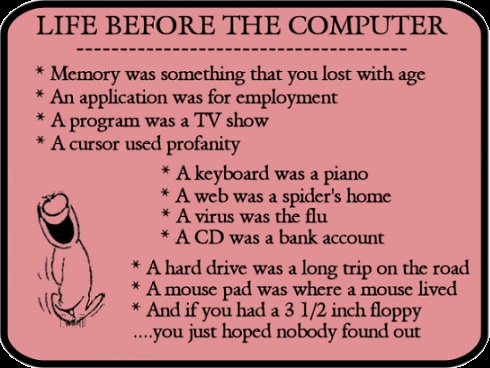 A few years ago, there was a viral Facebook post about a woman getting a haircut before Memorial Day weekend. She had lost her husband in a Navy helicopter crash months prior. He died on deployment, never having met their youngest son. So, when the smiling receptionist wished her a "Happy Memorial Day" after she had buried her spouse, the words cut extra deep.

Before you tag every veteran and service member on Facebook and wish them a Happy Memorial Day, remember that, in this community, Memorial Day means something much, much bigger than the start of summer. The day feels fraught with memories of those we've lost, mixed with gratitude for the times we've had. Some of you may have seen this before! WATCH THE VIDEO NOW BELOW!

Following on the heels of their successful album Little Army, Headstones have once again been busy recording new music in Kingston, with plans to release a new record later this year.  After working at The Bathouse Studio, the band was inspired to release their version of the Gordon Lightfoot classic “The Wreck Of The Edmund Fitzgerald.” Always a song on their radar, circumstances finally clicked into place to give them the right opportunity to share their take with their fans.

This impactful interpretation of the iconic track chronicling the sinking of the bulk carrier SS Edmund Fitzgerald on Lake Superior on November 10, 1975 was a #1 hit for Lightfoot and remains one of his best-loved songs. While showing respect for the past, Headstones have put their unique spin on the song to introduce it to a whole new rock audience.  The accompanying video was shot on location in Kingston, Ontario.

About the track the band says, “We’ve always loved this song. It’s profoundly meaningful. We started to play it during our tour VIP soundchecks, and our fans really responded to it…. The feedback was exceptional.”

After wrapping a successful 2018 celebrating the 25th anniversary of their debut album Picture Of Health with a Canadian tour and a remastered edition of the album, Headstones have begun to rollout dates for the summer. Recently announcing a performance at the 2019 Kick Off Concert for The Sound Of Music Festival in Burlington, Ontario on June 8thalongside Monster Truck, Bush and LIVE, as well as dates at the RockinWheel for Spinal Cord Research in Mount Brydges, Ontario on June 22nd and the Roxodus Music Festival in Clearview, Ontario happening July 11 – 13th

For more information or tickets please visit: www.headstonestheband.com and watch our socials for more.

Link to hear the song: https://headstonesband.com/news-2/the-wreck-of-the-edmund-fitzgerald/

Much attention has been paid to the sinking of the Edmund Fitzgerald on November 10, 1975. The loss of the largest ship in the Laker fleet and 29 lives was a horrific event.  However, the most savage storm in the history of the Great Lakes swept the inland waters on November 7-12, 1913. The storm resulted in the sinking and damage of muiany ships and hundreds of crewmen and women killed in the icy Great Lakes. Report Inappropriate Content
0
Kudos
706
Views
Reply
0 Kudos
Turn on suggestions
Auto-suggest helps you quickly narrow down your search results by suggesting possible matches as you type.
Showing results for
Search instead for
Did you mean:
Users
Top Authors
View all