FOR ALL YOU TRIVIA PEOPLE

Can you guess which of the following are true and which are false? (Answers
are below.)

1. Apples, not caffeine, are more efficient at waking you up in the
morning.

2. Alfred Hitchcock did not have a belly button.

3. A pack-a-day smoker will lose approximately 2 teeth every 10 years.

4. People do not get sick from cold weather; it's from being indoors a lot
more.

5. When you sneeze, all bodily functions stop, even your heart!

6. Only 7% of the population are lefties.

7. 40-people are sent to the hospital for dog bites every minute.

8. Babies are born without kneecaps. They don't appear until they are 2-6
years old.

9. The average person over 50 will have spent 5 years standing in line.

11. The average housefly lives for one month.

13. A coat hanger is 44 inches long when straightened.

15. Your feet are bigger in the afternoon than any other time of day.

16. Most of us have eaten a spider in our sleep.

17. The REAL reason ostriches stick their head in the sand is to search for
water.

18. The only two animals that can see behind themselves without turning
their heads are the rabbit and the parrot.

19. John Travolta turned down the starring roles in 'An Officer and a
Gentleman' and 'Tootsie.'

21. In most television commercials advertising milk, a mixture of white
paint and a little thinner issued in place oft he milk.

22. Prince Charles and Prince William never travel on the same airplane,
just in case there is a crash

23. The first Harley Davidson motorcycle built in 1903 used a tomato can for
a carburetor.

24. Most hospitals make money by selling the umbilical cords cut from women
who give birth. They are used in vein transplant surgery.

25. Humphrey Bogart was related to Princess Diana. They were 7th cousins.

26. If coloring weren't added to Coca-Cola, it would be green.

Now, scroll down for the answers

They are all TRUE!

Now go back and think about 16 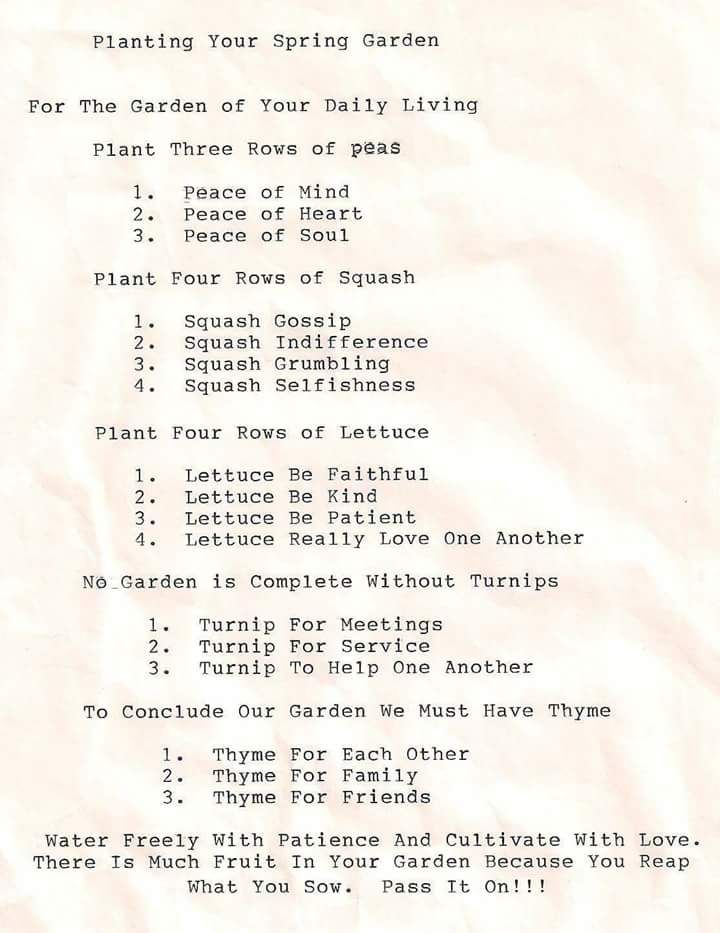 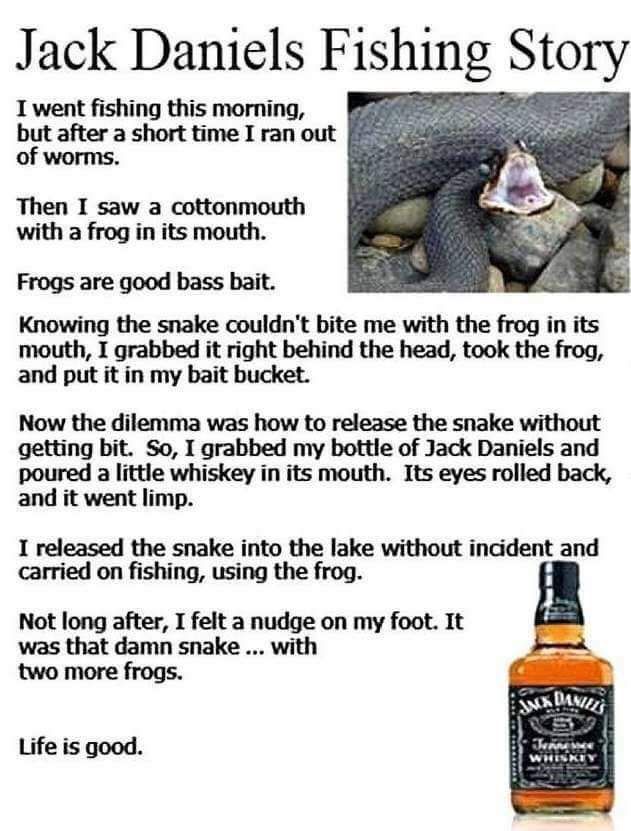 Four old-timers were playing their weekly game of golf, and one remarked how
nice it would be to wake up on Christmas morning, roll out of bed and without an
argument, go directly to the golf course, meet his buddies, and play a round.
His buddies all chimed in and said, "Let's do it! We'll make it a priority, figure
out a way and meet here early Christmas morning."

Months later, that special morning arrives, and there they are on the golf course
The first guy says, "Boy, this game cost me a fortune! I bought my wife such a diamond ring that she can't take her eyes off it".

Number 2 guy says, "My wife is at home planning the cruise I gave her. She was up to her eyeballs in brochures."

Number 3 guy says, "Well, my wife is at home admiring her new car, reading the manual."

They all turned to the last guy in the group who is staring at them like they all had lost their minds."I can't believe you all went to such expense for this golf game. I woke up, slapped my wife on the butt and said: "Well Babe, Merry Christmas! It's a great morning for either sex or golf, and she said,
'"Take a sweater'".
Posted by Dave the Lighthouse Keeper

1. Every takeoff is optional. Every landing is mandatory.
2. If you push the stick forward, the houses get bigger. If you pull the stick back, they get smaller. That is, unless you keep pulling the stick all the way back, then they get bigger again.
3. Flying isn't dangerous. Crashing is what's dangerous.
4. It's always better to be down here wishing you were up there than up there wishing you were down here.
5. The ONLY time you have too much fuel is when you're on fire.
6. The propeller is just a big fan in front of the plane used to keep the pilot cool. When it stops, you can actually watch the pilot start sweating.
7. When in doubt, hold on to your altitude. No one has ever collided with the sky.
8. A 'good' landing is one from which you can walk away. A 'great' landing is one after which they can use the plane again.
9. Learn from the mistakes of others. You won't live long enough to make all of them yourself.
10. You know you've landed with the wheels up if it takes full power to taxi to the ramp.
11. The probability of survival is inversely proportional to the angle of arrival. Large angle of arrival, small probability of survival and vice versa.
12. Never let an aircraft take you somewhere your brain didn't get to five minutes earlier.
13. Stay out of clouds. The silver lining everyone keeps talking about might be another airplane going in the opposite direction. Reliable sources also report that mountains have been known to hide out in clouds.
14. Always try to keep the number of landings you make equal to the number of take offs you've made.
15. There are three simple rules for making a smooth landing. Unfortunately no one knows what they are.
16. You start with a bag full of luck and an empty bag of experience. The trick is to fill the bag of experience before you empty the bag of luck.
17. Helicopters can't fly; they're just so ugly the earth repels them.
18. If all you can see out of the window is ground that's going round and round and all you can hear is commotion coming from the passenger compartment, things are not at all as they should be.
19. In the ongoing battle between objects made of aluminum going hundreds of miles per hour and the ground going zero miles per hour, the ground has yet to lose.
20. Good judgment comes from experience. Unfortunately, the experience usually comes from bad judgment.
21. It's always a good idea to keep the pointy end going forward as much as possible.
22. Keep looking around. There's always something you've missed.
23. Remember, gravity is not just a good idea. It's the law. And it's not subject to repeal.
24. The four most useless things to a pilot are the altitude above you, runway behind you, gas back at the airport, and a tenth of a second ago.
25. There are old pilots and there are bold pilots. There are, however, no old, bold pilots.

Well I am finely able to remember fixing the Thanksgiving turkey! 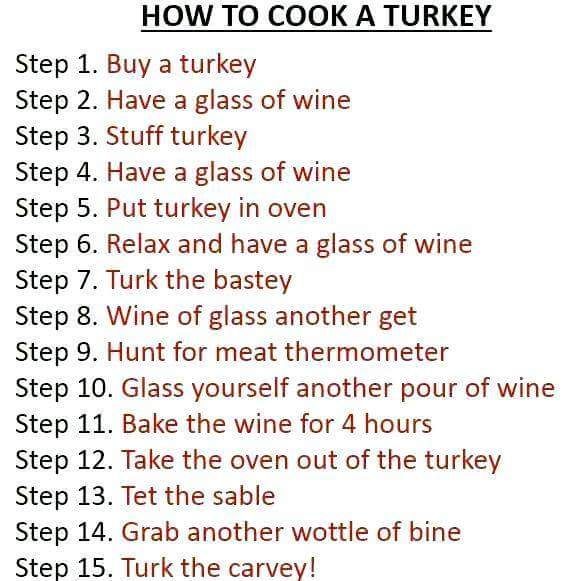 I belave that they can not increase the Medicare premium without increasing the Social Security payment. So yes it is a wash becausee of the law covering. Increases in Medicare premiums. The real issue here is how they measure COLA increases for Seniors. It does not measure our real cost of living vs a family of four.

SocialSecurity gives us a whooping 2 % increase and then Medicare raises Part B by $30.00 THANKS FOR NOTHING!!

@DaveMcK  Good golly, but I think this is where we are sliding. (Marching, depending upon which side of the coin you're on.)

"The key to success is to keep growing in all areas of life - mental, emotional, spiritual, as well as physical." Julius Erving
Report Inappropriate Content
Reply
0 Kudos
Highlighted

CALLER: Is this Gordon's Pizza?

GOOGLE: No sir, it's Google Pizza.
CALLER: I must have dialed a wrong number. Sorry.
GOOGLE: No sir, Google bought Gordon’s Pizza last month.
CALLER: OK. I would like to order a pizza.
GOOGLE: Do you want your usual, sir?
CALLER: My usual? You know me?
GOOGLE: According to our caller ID data sheet, the last 12 times you called you ordered an extra-large pizza with three cheeses, sausage, pepperoni, mushrooms and meatballs on a thick crust.
CALLER: OK! That’s what I want…
GOOGLE: May I suggest that this time you order a pizza with ricotta, arugula, sun-dried tomatoes and olives on a whole wheat gluten free thin crust?
CALLER: What? I detest vegetables.
GOOGLE: Your cholesterol is not good, sir.
CALLER: How the hell do you know?
GOOGLE: Well, we cross-referenced your home phone number with your medical records. We have the result of your blood tests for the last 7 years.
CALLER: Okay, but I do not want your rotten vegetable pizza! I already take medication for my cholesterol.
GOOGLE: Excuse me sir, but you have not taken your medication regularly. According to our database, you only purchased a box of 30 cholesterol tablets once, at Drug RX Network, 4 months ago.
CALLER: I bought more from another drugstore.
GOOGLE: That doesn’t show on your credit card statement.
CALLER: I paid in cash.
GOOGLE: But you did not withdraw enough cash according to your bank statement.
CALLER: I have other sources of cash.
GOOGLE: That doesn’t show on your last tax return unless you bought them using an undeclared income source, which is against the law.
CALLER: WHAT THE HELL?
GOOGLE: I'm sorry, sir, we use such information only with the sole intention of helping you.
CALLER: Enough already! I'm sick to death of Google, Facebook, Twitter, WhatsApp and all the others. I'm going to an island without internet, cable TV, where there is no cell phone service and no one to watch me or spy on me.
GOOGLE: I understand sir, but you need to renew your passport first. It expired 6 weeks ago…

Report Inappropriate Content
Tags (1)
Reply
2 Kudos
Turn on suggestions
Auto-suggest helps you quickly narrow down your search results by suggesting possible matches as you type.
Showing results for
Show  only  | Search instead for
Did you mean:
Users
Announcements