Get 25% off the Smart Driver online course with code ‘DRIVE’. You could also save on auto insurance!

I am in a little bit different boat. I did not enroll in part B when I became eligible because I have insurance thru my husbands federal retirement. My beef with the penalty is that although we aren't paying during the time we didn't have part B (because we didn't need to have it) we also were not submitting claims.  It doesn't make sense to me. 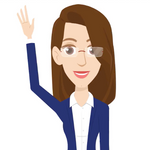 It's Always Something . . . . Roseanna Roseannadanna
1 Kudo
5,097 Views
0
Share
Report
Reply
Turn on suggestions
Auto-suggest helps you quickly narrow down your search results by suggesting possible matches as you type.
Showing results for
Show  only  | Search instead for
Did you mean:
Users
Need to Know