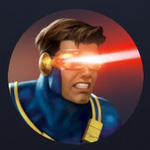 My sisters and I go to the International Film Festival here every year. Love it. Lots of unique movies documentaries and films of all kinds many from young  new directors and film makers.   Some are already on Netflix😀

I would go if the Film Forum of Manhattan were in my area. Otherwise, I'm satisfied to sit in my recliner five feet away from my 65" OLED 4k TV and watch DVD's from Netflix and streaming from HBO, Netflix, Amazon Prime, and DirectvNow while enjoying high quality surround sound.

Movies that aren't Star Wars #99, James Bond #100, or superhoeroes. There are so many historical stories out there that could be made into decent movies. Something that stimulates the intelligence! A SciFi movie that isn't silly & actual;ly has some real science ideas in it. Most movies today are like TV - opium for the masses.

Avengers movie will always bring me back to the movies!

I stopped going to the movies back when Blockbuster Video came along and made movie rentals cheap and available soon after release. Now I just stream whatever I want over Roku from any number of options, and many of those are free. I also have Amazon, and new release rentals are still inexpensive. I can't think of a single reason I'd go out to watch a movie.

I agree. We have free Roku TV and also free Kanopy , a movie service provided by our county library. Kanopy offers thousnads of movies, loaded directly to our Roku TV, all types of movies, some older, and some rather recent. We haven't been in a movie theater in more than 5 years; tickets are far too expensive, snacks are crazy expensive and we don't see any benefit to go to a movie theater. My prediction is that like the trend now happening with shopping malls, the movie theaters will slowly disappear, especially since many theaters are located in malls.

Absolutely agree with you. We have Roku TV and love it. Also, we have free access to thousands of movies, some quite recent, from Kanopy, provided by our public library system. My wife and I haven't been in a movie theater for at leat the past 5 years and see no reason to change that. Movie theaters are expensive and in today's "uncivilized" society, movie theaters have the potential to be dangerous.

I need a movie to really have a great story line and very entertaining this moves me to go to a movie these days.

The International Film Festival in Cleveland sells out most films with long stand by lines.  It is a wonderful event including foreign films amateur productions, documentaries and lots of others. This gets me into the theater every year for many days!

I love going to the movies.  This week, I've seen Lady Bird and the Darkest Hour.  I'm going to see I, Tonya today, and the Post tomorrow.

I almost never get time to go, so I'm taking this winter break to do so.  I like going alone, too, so nobody is chatting to me.

The movie theater concept has changed here over the past 5-10 years.   Not sure about other places.   The big multiplexes were losing money.  But now we've got places like ipic that has recliners and food/drink service, and reserved seats.   And the artsy film houses that are playing foreign movies and limited release movies.

This would be the death knell for theater companies; but the only thing that would get me back in the theaters is:

For the theaters to be the majestic buildings they once were with ample room in each seat, maybe a rocking seat, excessively padded, with screens that were many multiples of the size of my TV screen at home, possible as large as CINERAMA screens were, or 70mm screens, you know...... where we all watched Ben Hur and those chariots come straight toward us, or we all watched a certain nun lead a group of children in song, or even later, when we saw Han Solo drive his vehicle through those asteroids.

But those are all gone now. The buildings are built to hold as many mini-theaters as they can possibly hold, the screens are barely bigger than what you can buy at home(if you got the big bucks), people's cell phones are either vibrating or ringing, the places stink, the seats are the size of coach fare airline seats, and sadly; there have been but a handful of movies that I rank as being impressive enough to have been seen in a theater (Avatar is an example, as is Titanic.... go James Cameron),

Anyway, that's how I fell about the industry.... I don't think my wish will ever happen as it is too costly.

So I see the theater industry going the way of coal and the video rental store.

Many theaters have reclining seats now with ample room.  They also have very large theaters for the big blockbuster movies.  I'm not sure where you go to the theater but many have been sprucing themselves up in recent years.  AMC theaters are usually very nice as are Arclight.  Maybe you should do some research and try again. They aren't that bad.

@nctarheel We actually have a huge video/DVD rental store in town. Oddly, it seems to get plenty of business.

"The key to success is to keep growing in all areas of life - mental, emotional, spiritual, as well as physical." Julius Erving
2 Kudos
9,801 Views
1
Share
Report
Reply

I love going to the movies. I go every chance I get.

Around here the movies are cheap, but the theaters are freezing. With Direct TV I have access to movies just a bit after they have played in theaters. I guess I’ll stay home, eat real food, AND BE WARM!

An AARP Movies for Grownups event in my area. Otherwise we watch movies at home.

"The key to success is to keep growing in all areas of life - mental, emotional, spiritual, as well as physical." Julius Erving
1 Kudo
10,118 Views
0
Share
Report
Reply

Family Saturday Matinée with free pop, corn dogs and popcorn for that!

My granddaughters.  They wanted to see the Greatest Showman on Christmas Eve.  They’ll be 4 and 8 next year.  Disney, are you listening?

Nothing, I have a BenQ projector and surround sound, it's like a five x eight foot HD projection, Netflix and Amazon with a Nvida Shield.

No commercials, no cable news, no cable or satellite TV,  I cut the cord years ago.

Popcorn.  I loved to go to the movies and eat popcorn.  I don't even bother looking at it now. Cooked in some kind of weird oil and enough salt to kill every snail in America.  If you ask for "butter" they put on a "buttery flavored oil".  I asked one attendant if it was real butter.  "I think so". So I asked if they put it in a refrigerator at night.  The look on his face was priceless.

Too funny! First they come out with home theater systems at a wide range of price points (simple to complex). Next, the home theater seating, for those who can afford, or want such things. Now here you have your 'home theater' experience at the theater!!

Actually, I didn't know there were such things. I know that we have some fancy new theaters, but I have no idea what the amenities are. I do know that one theater has beer, wine, and a menu, of sorts. They usually have indie films and on occaision, the restored classic film.

“Music can change the world, because music can change people.” Bono
3 Kudos
6,443 Views
0
Share
Report
Reply
Turn on suggestions
Auto-suggest helps you quickly narrow down your search results by suggesting possible matches as you type.
Showing results for
Show  only  | Search instead for
Did you mean:
Users
Need to Know