In April of this year, my husband turned 60.  He was still working a 40-hour/week job, and we were enjoying our life together.  We did everything together.  In May, he had an x-ray, that showed "nodules" on his lungs, so they ordered more tests.  In June, he was diagnosed with Stage 4 Colo-rectal cancer, that had spread to his liver, lungs, bones, and brain.  He had radiation on his brain, and chemo every two weeks for everything else.  We had been told during the first visit to the oncologist that "this is not curable."  On October 1st, he went to Hospice.  On October 7th, I came home without him.

As hard as it was to watch my strong husband waste away to nothing, getting weaker every day, I am thankful that we had that period of time together.  While he was at home, I was his only caregiver.  Our children came to visit with their families, as did some of his siblings.  But the day-to-day care was something I did alone.  We spent long days on the patio, just talking about our childhoods, people we knew, etc.  We poured out hearts out to each other too.  I feel so lucky that I got the chance to tell him how important he was in my life, and how I'll carry his kind, giving heart with me forever.

People have said that they think I'm in shock, because I seem to be "handling things so well".  But, my daughter said it best when she said that she believes that he and I got a chance to grieve together before he passed.

I do worry that one day I'm going to wake up and just crumble.  And I don't think there's been a day since he passed that I haven't spent part of the day crying.  Evenings are hard, and bedtime is harder.  But I know he would want me to be strong.

I talked to one grief counselor, two different times.  I don't think we were a good match, so I'm looking for another one. I've signed up for two groups, and hopefully I'll feel better about them than I did the counselor.

Anyway, that's my story.  I know I left a lot out.  I'm just glad I found this forum today.  Thanks for reading this.

You say are so thankful for so many things but then say you are afraid you are going to crumble.

I am not sure how you really feel.

I'm not sure how feeling thankful that I got to spend time with him and talk to him about our feelings has anything to do with not crumbling under the immense weight that grief puts on us.

When I wrote the original post, it was 6 weeks after his death.  I was honestly worried that I was in a state of shock, because I was able to get through most days without bursting into tears every 5 minutes.  I had always thought that I'd not be able to get out of bed for weeks if my husband ever died.  Amazingly, I was able to deal with the growing mountain of paperwork that appears after a death.  The phone calls, appointments, etc. didn't overwhelm me like I thought they would.  Every article I read, every group I attended, every forum I visited was full of people who had basically crumbled, and couldn't handle the simplest things.  So, I began to worry that it was going to happen to me too...just not right at the beginning.

I totally understand. Thanks for your reply.

Thank you for sharing your story and please accept my condolences.  I lost my husband of almost 46 years in November 2021.  He had Alzheimer's Disease for several years and reached the very final stage in October when he stopped eating and drinking.   At that time hospice care began for him at the long-term care facility where he was a resident for the last 4 years.  It's been 7 weeks since he's been gone and I've yet to have a good cry.  I feel emotionless; probably because I was losing him bit by bit as his memory failed and as he stopped talking.  Haven't gone to grief counseling yet.  I need to do that when the holidays are over.

Your statement "  I feel emotionless; probably because I was losing him bit by bit as his memory failed and as he stopped talking." I too lost my husband to Alzheimers September 13, 2021, and I "know from whence you speak". 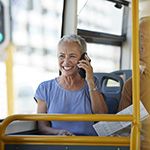 Hi, I am very sorry for your loss.  From what I read online everyone grieves differently so one size does not fit all.  In fact, I was in shock for several weeks after my husband died in mid-October.  Even though I cried often, I was numb in other ways and my reaction time went into a slow speed.  I can only imagine your heroic efforts of the caregiver to an Alzheimer patient and the years of dedication.  The fact that he was away from you, although medically necessary, must have been very hard on you.  I found the time my husband was at various medical facilities was very stressful to me since I was not always sure he was properly taken care of.  As I previously shared, I think caregivers in general go through a much earlier grievance since they are watching their loved one decline in front of their eyes.  Difficult to go through.  That may be the reason you feel emotionless.  I have benefited from grief counseling, and you may want to consider a counselor associated with the Hospice Association, which is what I did.  Always good to get another independent informed perspective.  Good luck to you in the new year. Sue

Thank you for sharing your story.  I would have liked to spend more time with my husband during the last days, but at least you were able to spend some quality time.  Cherish those moments and remember your love for each other as you go forward.  Your story reinforces my view that caregivers do go through an early grievance process in those final days.  I am glad you could do that with your husband.  As you said, there are others who could not spend any time with their loved ones in those final days. You and I were the lucky ones.  God bless.  Sue

Thank you for sharing. Lost my husband, 3/20/19. We were very close as well and I, too, was my husband's healthgiver. He is missed every day and I think I am still grieving. There's no correct or wrong way to grieve. Hope that life is kind to you!

I'm sorry for your loss. And thank you for your lovely story of the past half-year with your husband. I think you were so fortunate to be able to be together for this time, especially in this "pandemic" era. (my wife's mother died in 2020 in a nursing home and it was locked down, no one could go visit her, even her 88 year old husband could only "visit" through the locked glass front door of the facility... so sad)

I suspect your daughter has the correct interpretation of your feelings, that you and your husband shared that period and grieved, but also grew a bit closer during that time.. that's what it sounds like.

Thank you for sharing your story.

2 Kudos
5,879 Views
0
Share
Report
Reply
Turn on suggestions
Auto-suggest helps you quickly narrow down your search results by suggesting possible matches as you type.
Showing results for
Show  only  | Search instead for
Did you mean:
Users
Need to Know